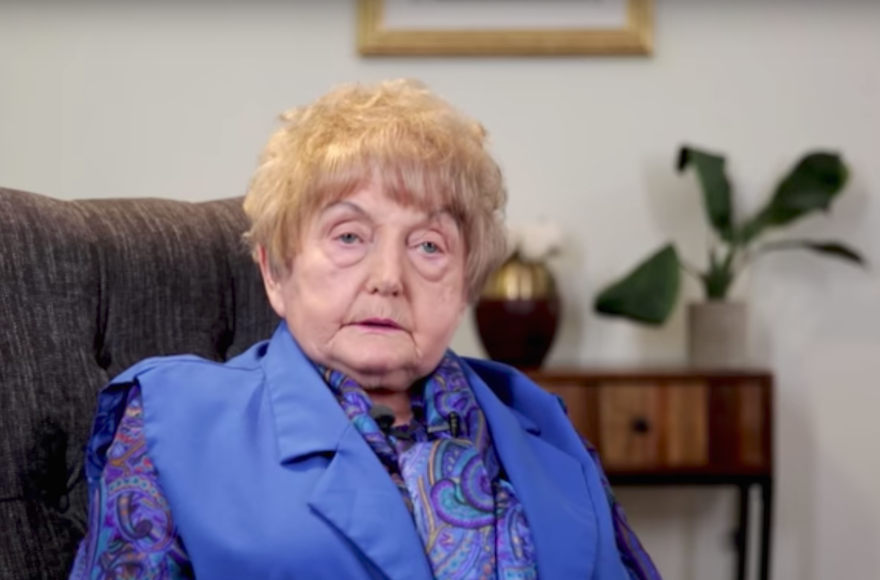 (JTA) — A video of a Holocaust survivor explaining why she forgave the infamous Nazi doctor Josef Mengele for experimenting on her has gone viral over the past few weeks.

Eva Mozes Kor, 83, and her twin sister Miriam were sent to Auschwitz from Romania in 1944. Mengele, known as the “Angel of Death” for his cruel experiments on concentration camp prisoners, added the Kors to the groups of twins he closely monitored and injected with toxic substances.

The sisters survived the war, but Mengele’s experiments had lasting effects on both of them — especially Miriam, who eventually contracted kidney problems and later a fatal form of cancer.

All of that makes the tale Eva Mozes Kor tells in a Buzzfeed video posted last month — which has garnered over 130 million views on Facebook — all the more astonishing.

In 1993, Kor was asked to visit Boston to tell her story. She contacted the former Nazi doctor Hans Munch — the only man to be acquitted of war crimes at the 1947 Auschwitz trials, for his refusal to assist in mass murders — and asked him to go with her. He refused to go to Boston, but the pair would eventually visit Auschwitz together in 1995. She ended up writing him a letter of forgiveness.

“I didn’t know how to thank a Nazi,” she says in the video. “I didn’t tell anybody about it because even to me it sounded strange.”

In JTA profile in 2010, Kor says her decision to forgive Mengele as well helped her overcome her trauma. “Here I am, this little guinea pig from Auschwitz, and I have the power to forgive Josef Mengele! And he can’t do anything about it,” she told JTA. “I stopped being a victim, and that makes me a very powerful person.”

While fellow Holocaust survivors denounce her actions (in 2015, she angered other Auschwitz survivors when she said that the government should stop prosecuting former SS officers and instead urge them to come forward and publicly share their stories), she found forgiving an act of “liberation” and “self-empowerment.”

“What I discovered for myself was life changing,” she says in the video. “I discovered that I had the power to forgive… As a victim of almost 50 years, I never thought that I had any power over my life.”

Watch Kor tell her full story in the video above.