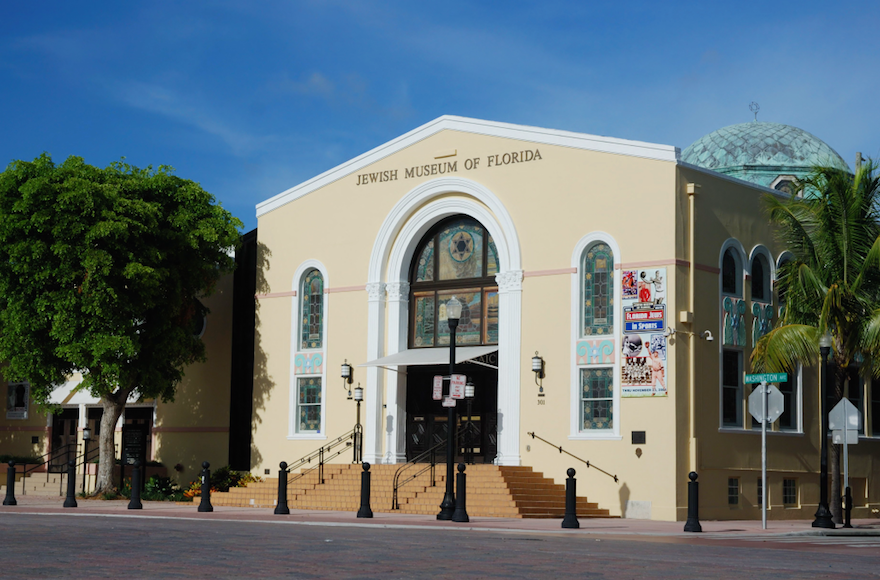 (JTA) — A bomb threat forced the cancellation of an event at the Jewish Museum of Florida on the Balfour Declaration.

Law enforcement apprehended a 21-year-old college student after he allegedly issued the threat ahead of Thursday’s event, the American Jewish Committee’s Miami office said in a statement.

Oscar Aguayo, who attends Florida International University, was taken into police custody, according to the Miami Herald. Police said the message threatened to “raise havoc” at the event.

While Aguayo was being interviewed by police, an FIU police dog identified possible explosives in his car, leading to the evacuation of a university parking garage.

“We won’t be intimidated by threats and will continue to stand for our principles and values,” wrote Brian Siegal, the AJC Florida office’s director, who was scheduled to speak at the event.

He added: “We must take seriously the guidance of law enforcement authorities who advised that in the interests of public safety our educational event could not take place as scheduled. We hope to reschedule in the very near future.”

The event was to celebrate the centenary of the 1917 Balfour Declaration, in which the British government vowed to help establish a national home for the Jewish people in the Land of Israel without jeopardizing the rights of other area inhabitants. The document was named for Arthur Balfour, the United Kingdom’s foreign secretary at the time.

It was the first formal recognition and approval by a world power of the Zionist cause. The Palestinian Authority has demanded Britain apologize for the declaration, which British Prime Minister Theresa May on Thursday declined to do, saying she and her nation were proud of it.

Other scheduled speakers on the Florida program included the consul generals of Israel and Britain.