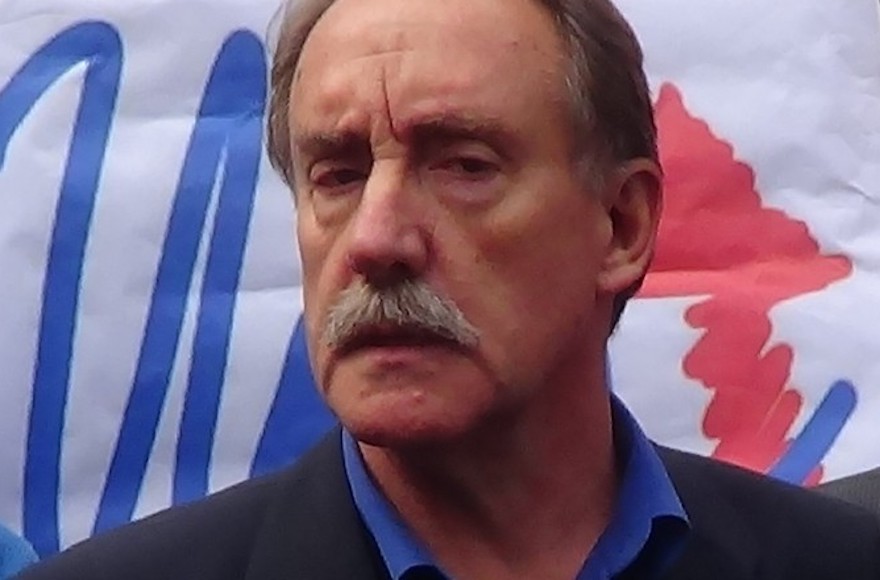 Eduardo Artes, leader of the leftist Patriotic Union party, made the comment in an interview broadcast Friday with Chile’s HispanTV. He also pledged that as president he would conduct a comprehensive review of his country’s relations with the Jewish state.

“The treaties that Chile currently maintains with the Israeli Zionist entity in military, police, economic and cultural terms must all be reviewed in a patriotic and popular government, since they clearly damage our independence,” Artes said.

“We are going to study all our relations with the Zionist entity because they are relations that generally harm world peace, not only the peace and survival of the Arab peoples, particularly the Palestinian people in the Middle East.”

Artes spoke days before Chile’s presidential, parliamentary and regional council elections, which are slated for Nov. 19.

In July, the Patriotic Union issued a news release accusing Israel of “genocide” and “ethnic cleansing.” The statement included a photograph of Artes carrying a banner with a Palestinian flag on it.

Days earlier, Jewish officials met with President Michelle Bachelet of Chile to ask her to approve a new bill to protect citizens from acts motivated by hatred and discrimination.

In April, the Palestinian Federation of Chile threatened the country’s Jewish umbrella organization over its support of Israel’s decision to bar a Chilean boycott activist from entering the Jewish state.

In February, after a group of visitors from Israel were expelled from a national park, a senior official of a nonprofit tied to the Chilean government threatened to expel “Israelites” from hostels in the country.

In January, a young Jewish and gay activist wearing a T-shirt emblazoned with the flag of Israel was attacked by three men carrying neo-Nazi symbols at a Santiago park and suffered several razor cuts.

Chile is home to some 15,000 Jews and what is thought to be the world’s largest Palestinian community outside the Arab world, with more than 300,000 members.