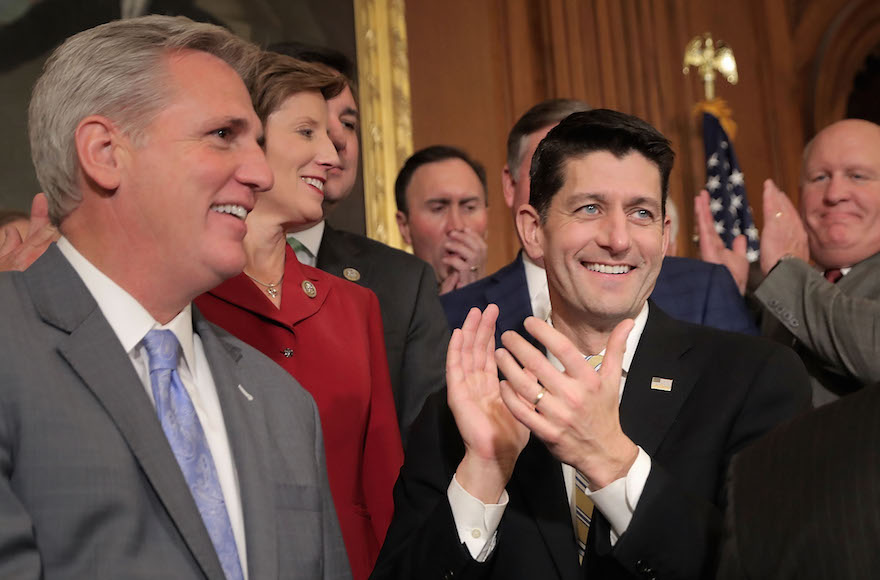 The vote Thursday was 227-205, with 13 House Republicans joining all Democrats to oppose the Tax Cuts and Jobs Act. Its passage represents the advancement of a key agenda item for President Donald Trump and congressional Republicans, CNN reported.

ADL’s national director, Jonathan Greenblatt, warned that “undermining the Johnson Amendment’s critical protections will politicize the pews and foster inappropriate religious entanglement with politics.” ADL “is deeply troubled and disappointed” by the development, the group said in a statement.

Noting that the Senate’s current version of the tax bill does not contain a similar repeal, ADL added that the Senate “must be resolute on this issue by taking a stand to keep divisive politics out of our houses of worship.”

While the bill’s passage in the Republican-controlled House was largely drama free, the prospects for the measure are more unclear in the Senate, where Republicans hold only a two-seat majority, CNN noted.

The Senate Finance Committee is expected to vote its version out of committee on Friday, according to The New York Times, with a full Senate vote expected after Thanksgiving.

A letter signed by 55 Jewish groups was sent last week to the chairman and ranking member of the House Ways and Means Committee.

“Charitable nonprofits and houses of worship can only be successful if we maintain public trust in our integrity and commitment to mission,” the letter reads. “Politicizing them for the benefit of politicians and partisan donors would destroy that trust. Every charitable dollar spent on partisan campaign politics is one less dollar spent on the public good.”