Netanyahu’s new rival thinks he has a winning strategy: Don’t say much 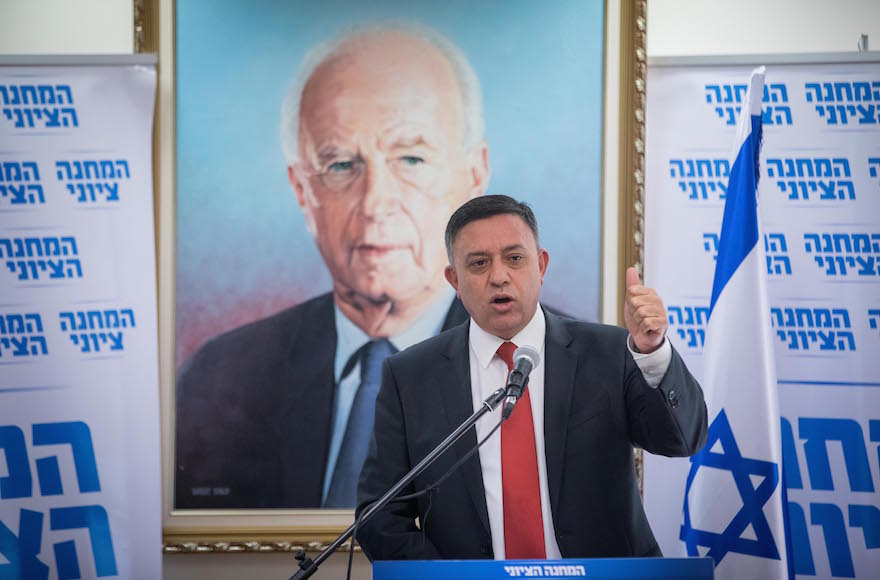 NEW YORK (JTA) — If Avi Gabbay becomes Israel’s next prime minister, he wants you to know he loves American Jews.

Gabbay, the latest head of Israel’s Labor Party, was in this city on a series of meet-and-greets with American Jewish leaders. The former business executive, who took the helm of the center-left party in July, reclined in the corner of a French cafe in Midtown Manhattan, his tie draping across his suit.

He would expand a plaza for non-Orthodox Jews at the Western Wall, he said. He would require schoolchildren to learn about Diaspora Judaism. He would make sure his ministers did not insult American Jewry.

“We need to teach our kids to know world Jewry, American Jewry,” Gabbay said. “I believe in pluralism. We need to focus on the values we share … liberal, pluralistic values that promise everyone religious freedom.”

These promises are a gimme for Gabbay (pronounced gah-BYE), who hopes to win the next election and unseat Prime Minister Benjamin Netanyahu — something no Labor leader has done since 1999. Netanyahu’s government has had a growing pile of spats with American Jews: This year, it reneged on an agreement to expand the Western Wall’s non-Orthodox plaza and introduced a bill that would further marginalize non-Orthodox conversions.

Last month, Deputy Foreign Minister Tzipi Hotovely suggested that American Jews cannot understand Israel’s challenges because they don’t serve in the military and lead “quite comfortable lives” as opposed to Israelis. Netanyahu condemned her remarks but did not heed calls to fire her.

Gabbay says he would have fired her.

“We need to embrace American Jews, to thank them for all their long years of support and not to relate to them in these contexts,” he said, referring to Hotovely’s comment. “The prime minister should have fired her.”

But that was one of the few concrete promises Gabbay made during the half-hour interview with JTA on Thursday. And that was by design. Past Labor leaders, he said, have lost elections because they have appealed only to the left-wing, secular base. Gabbay’s strategy is to win the next vote, which is set for late 2019, by appealing to Israelis of all stripes and staying light on the specifics. 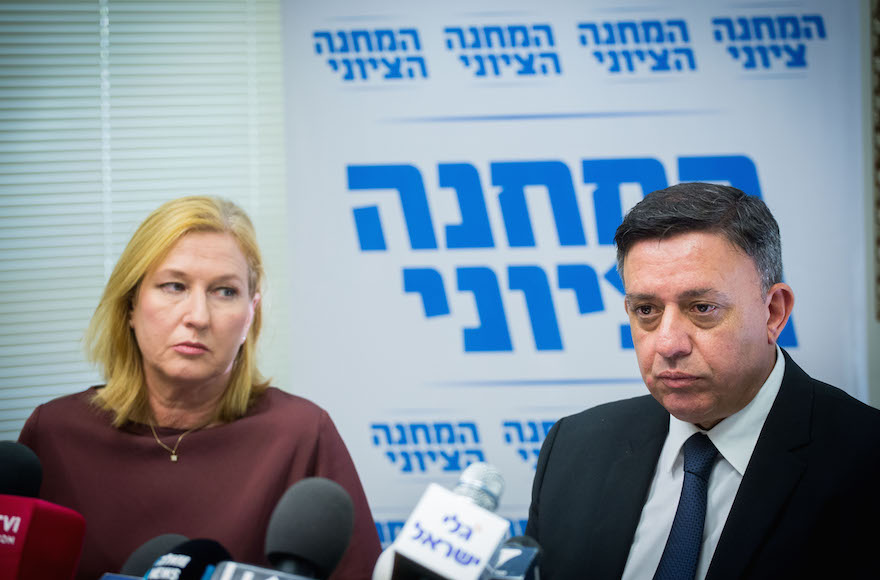 So while Gabbay said he wanted to restart negotiations with the Palestinians, he provided no diplomatic vision beyond that, only endorsing the two-state solution when pushed. He did not retract an earlier suggestion that West Bank settlements could remain in place under a peace agreement.

“I don’t see another solution that will keep Israel with a Jewish majority and keep it democratic, so it’s clear to me the basis is two states, but I can’t say what we will do in all the parameters,” he said. “That’s exactly what you need to figure out in negotiations.”

Gabbay also did not comment on the forthcoming peace plan from the Donald Trump administration because “no one knows what the plan is.”

Likewise, he promised to implement the Western Wall agreement and push for public transit on Shabbat. But he declined to say how he would address the debates over Jewish marriage and conversion in Israel, which are both controlled by Israel’s haredi Orthodox Chief Rabbinate.

“I seek practical solutions,” he said. “I’m not getting into it. I have a lot of ideas and the moment I say the ideas, [only] some of them can be expressed.”

Gabbay looks like a modern Israeli politician. Gone are the unbuttoned shirt collars and chest hair, replaced by suits, ties and coiffed hair. His English, punctuated by long “ehhhhs,” isn’t bad, though it isn’t as natural as Netanyahu’s. Unlike the current prime minister, Gabbay has never lived in the United States.

But his persona is a study in contradictions. A former CEO of Bezeq, Israel’s telecom giant, he is now the head of a historically socialist party. Before becoming the standard-bearer of Israel’s center-left, he co-founded Kulanu, a center-right party, and served as environmental protection minister under Netanyahu. He grew up in a poor Jerusalem neighborhood, but now lives in an elite neighborhood in northern Tel Aviv.

He believes in God, usually carries a kippah in his pocket and hopes to win the votes of Israel’s religious Jews. Gabbay recently got into trouble for saying the left “forgot what it means to be Jewish.” But in New York last week, he joked about how bad the burgers were at Five Guys versus Shake Shack, two decidedly non-kosher restaurants.

To Gabbay, these internal differences work to his advantage. Labor, once a powerhouse that governed Israel for its first three decades, hasn’t won an election in 18 years. It’s now on its fourth leader during Netanyahu’s current stint in office, and is running third in the polls behind Netanyahu’s Likud party and the centrist Yesh Atid.

Gabbay wants to turn Labor into a pragmatic centrist option that can appeal to Israeli Jews across the spectrum — religious, secular, rich, poor, left-wing, right-wing. His varied background, he said, can appeal to all of those.

“There are people who say, this is an alternative we can vote for,” he said. “People who haven’t voted Labor and aren’t ready to vote for Labor and haven’t thought of Labor say, ‘OK, this is an interesting alternative, a pragmatic alternative, not just extreme ideology at all, but people that look at life as it is and understand what is possible and what is impossible.'”

But as much as he might sometimes sound like Israel’s Emmanuel Macron, the famously pragmatic French president, Gabbay also paradoxically understands that he needs to be the Israeli Donald Trump — a leader who speaks his mind, however controversial.

So he shrugs at Labor loyalists who feel alienated by his praise of settlers and criticism of the left’s Jewish values. He is who he is. And he thinks Israelis will like him.

“In today’s era, people want more authenticity and want people they can feel,” he said. “They don’t want people who come with talking points all the time. I’m on the side of the authentics.”