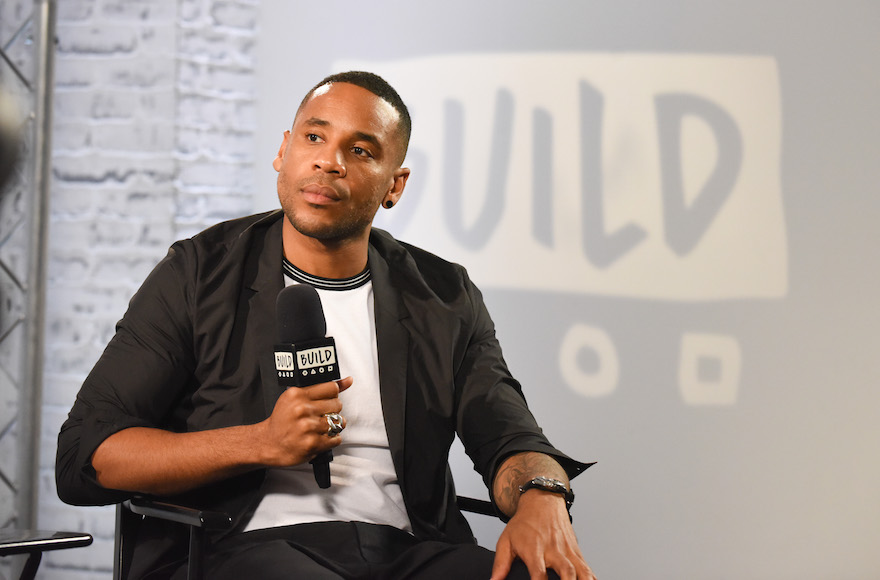 (JTA) — A BBC host passed up a holiday special after saying that musicians today are no longer managed by some “random fat Jewish guy from northwest London.”

Reggie Yates, a Radio 1 host and TV presenter, said Monday on Twitter that he would not be hosting the popular “Top of the Charts” holiday special because of the remark he made last month on a podcast in response to a question about current popular black music artists. He said is glad that they are being “managed by their brethren.”

“I am hugely apologetic for this flippant comment,” Yates said in his apology last month. “It was not my intention to offend or reinforce stereotypes, but I’m aware that this could have been interpreted that way and for that I am also deeply sorry.”

In his Twitter message about “Top of the Charts,” Yates wrote that the uproar over his original statement was a “huge learning experience.”

“On reflection, I have taken the decision to step down from hosting” the popular show, he said.

The controversy around Yates’ remark, which the London-based CST anti-racism watchdog said reinforces anti-Semitic stereotypes, occurred amid a debate largely conducted in the media in Britain about anti-Semitism within the Labour Party and the political left wing.