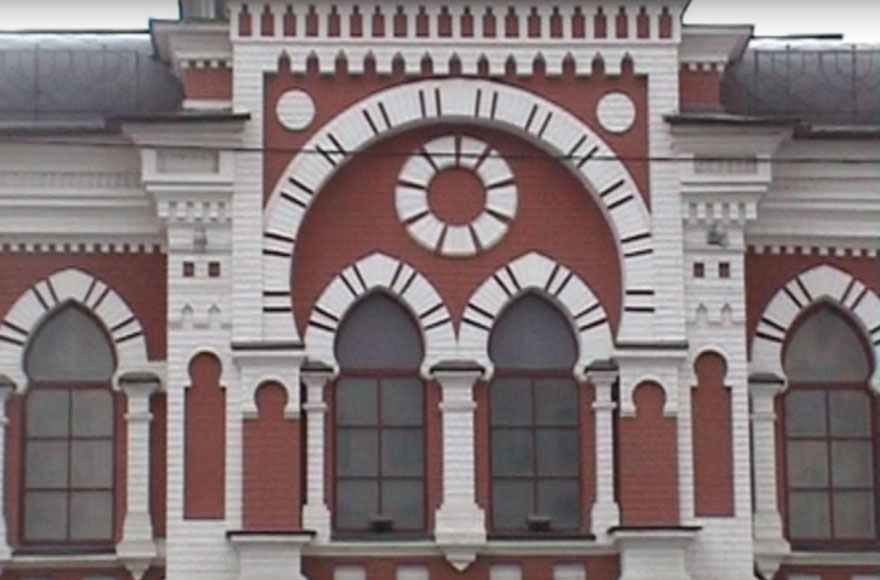 (JTA) — A Hanukkah menorah at a synagogue in the Ukrainian capital of Kiev was doused with red liquid resembling blood and vandalized with a swastika.

The incident happened Sunday at Podol synagogue, according to Eduard Dolinsky, the director of the Ukrainian Jewish Committee. The menorah, which is several feet tall, was standing outside the building. Police are checking whether the liquid is blood, possibly from a pig, and have no suspects.

Reuven Stamov, a local rabbi, took pictures showing the thick, dark red liquid at the foot of the menorah.

Last month, an anti-Semitic slur was painted on the wall of a Jewish charity in western Ukraine.

Those incidents follow several cases of death threats and vandalism against Jewish institutions in western Ukraine, including at cemeteries and synagogues.

Ukraine has been having a divisive public debate over the conferring of state honors on nationalists who incited hatred against Jews during the 1930s and 1940s, including for some who collaborated with the Nazis.