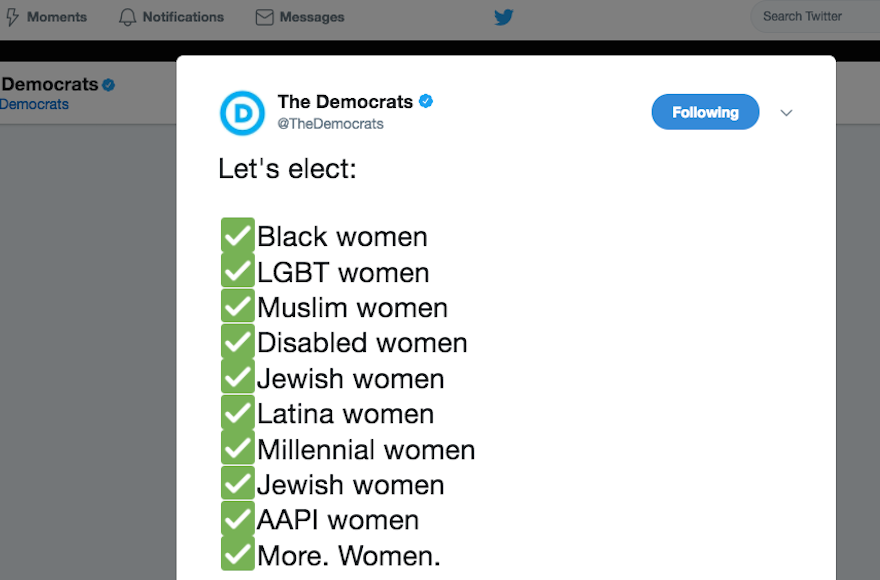 (JTA) — It’s clear that women are having a moment right now. Exhibit A: The Golden Globes’ black out in support of the #MeToo movement and the ensuing talk that Oprah Winfrey might run for president.

Exhibit B: The Democratic Party’s official Twitter account on Sunday ran a tweet that said “Let’s elect: Black women, LGBT women, Muslim women” and so on.

Fear not, “Jewish women” were included on the list — twice, in fact.

Back in August, we wrote about how the election of Donald Trump was spurring a wave of Democratic women to run for office — especially Jewish Democratic women. It seems like someone at the Democratic Party has noticed the trend.

The tweet’s repetition is pretty symbolic, and it might excite Jewish Democrats. But the party’s social media team might want to proofread their epic tweets in the future, lest they offend any of the other groups on that list.