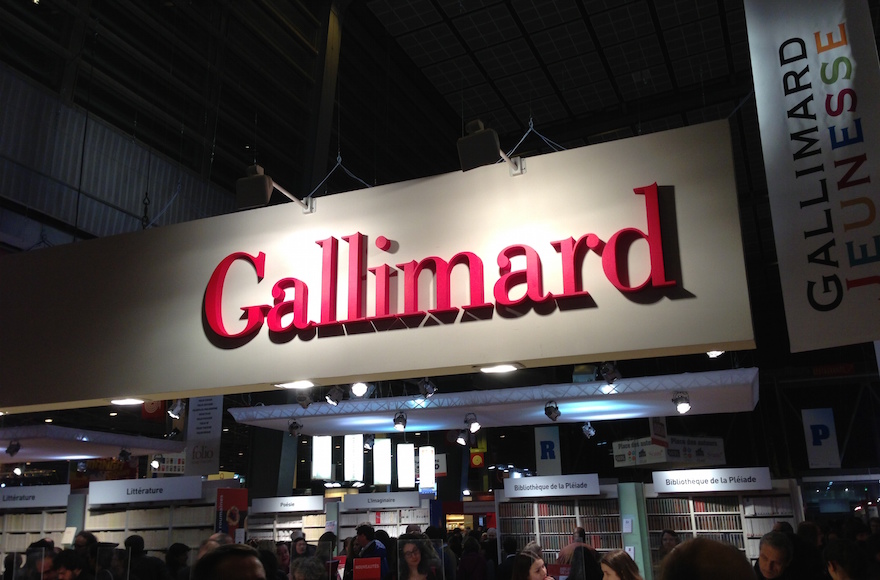 (JTA) — A French publishing house that had resisted calls to drop publication of a famous author’s anti-Semitic screeds announced that it suspended the project.

“The methodological and commemorative conditions were not met to complete the project satisfactorily,” Antoine Gallimard, the president of the prestigious publishing house, told AFP.

The plan to publish the essays – “A Bagatelle for a Massacre,” “The School of Corpses” and “Beautiful Sheets” – prompted vocal protests by the CRIF umbrella of French Jewish communities, which called the texts “racist, anti-Semitic and pro-Hitler.”

Frédéric Pottier, the French government’s envoy for dealing with anti-Semitism, wrote a letter last month to Antoine Gallimard, the publishing house’s president, expressing “concern” over the plan to publish the essays “in a context where the scourge of anti-Semitism must be fought more forcefully than ever before.”

France’s best-known hunter of Nazis, Serge Klarsfeld, who is vice president of the Foundation for the Memory of the Holocaust, warned that that it would be “unbearable” to find at a French library the essays by the celebrated novelist, which he published under the pseudonym Louis-Ferdinand Celine between 1937 and 1941.

A spokesman for Gallimard Editions, one of France’s most prominent publishing houses, had told L’Express the essays would be published regardless and edited “in a scientific style” that would expose and explain their anti-Semitic content.

Celine, a physician and open supporter of Adolf Hitler’s Nazi Germany, published the much-acclaimed “Journey to the End of the Night” in 1932 about his experiences fighting in World War I.

LAter, reviled and detested in his native France for his support of the Nazi occupation, Celine left for Germany and Denmark after France was liberated.  He returned in 1951, a decade before he died. The author’s page on the website of Editions Gallimard neither says why Celine left France nor mentions his pro-Hitler and anti-Jewish views.

According to Le Parisien, Celine’s 105-year-old widow, Lucette Destouches, who holds the copyright for the essays, for decades had opposed allowing the publication in France of her late husband’s anti-Semitic essays but recently has had a change of heart.