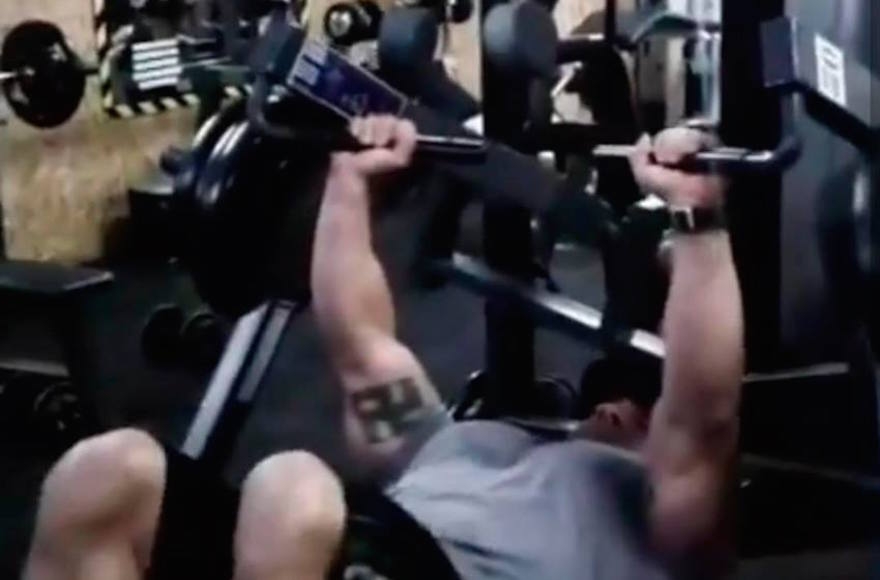 Personal trainer Rodrigo Silva, who works at a gym center operating inside the Brazilian Israelite Club, published a picture and a video on social media showing him working out while displaying the Nazi symbol on his right arm, Alef News portal first reported Friday on Facebook.

The Rio Jewish federation announced Tuesday that it filed a criminal lawsuit against Silva. According to Brazilian law, promoting Nazi or Nazi-related propaganda is subject to punishment by a prison sentence of two to five years, plus a fine.

“We have received many contacts from concerned members of the Jewish community who have felt deeply offended and very worried by the presence of the personal trainer in the club,” read a federation post distributed on social media.

“I am alerted to this teacher tattooed with a swastika on his arm. I ask myself: why did he choose this damn symbol? Inverted or not, he reminds of the cruelty and the infamous Nazi regime. We are working to have him investigated,” the lawmaker wrote on Facebook.

Founded in 1921 to serve a growing Sephardic Jewish community, the Israelite Club played a key role in absorbing Jewish refugees from Greece and Turkey prior to World War II. Today, despite the synagogue attached to the facility and regular High Holiday services held in its ballrooms, the club mostly is frequented by non-Jews for social and sports activities.

The Israelite Club is located in the heart of Copacabana, Rio’s most Jewish-populated neighborhood with some 3,500 Jewish families and several Jewish institutions including the Rio Jewish Federation, the Jewish Agency, the honorary consul’s office, a Jewish school and many synagogues.

In June, vandals spray-painted a swastika inside a Star of David on the club’s entrance wall.