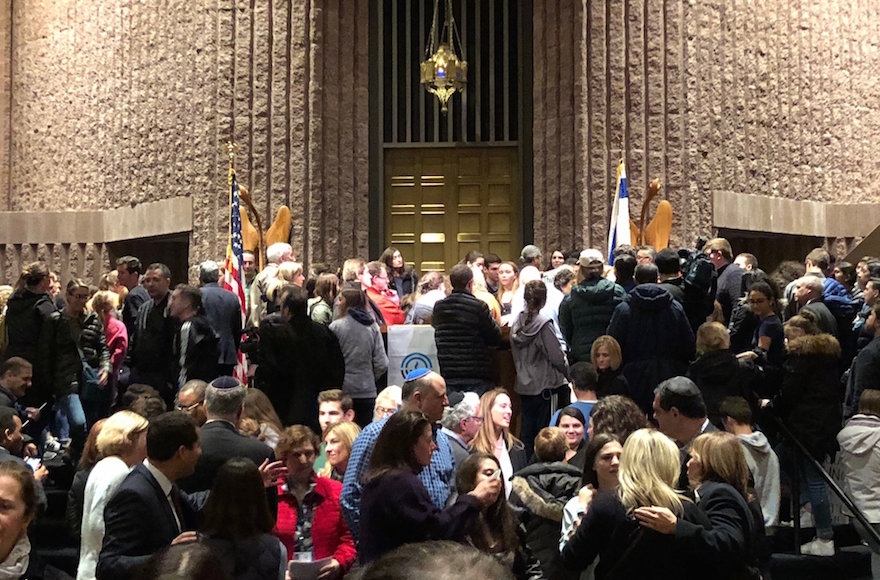 (JTA) — Teen survivors of the school massacre in Parkland, Florida, were the keynote speakers at a gun control rally at a New Jersey synagogue.

On Sunday, more than 2,100 people packed the sanctuary of Temple B’nai Abraham in Livingston to hear remarks by U.S. Sen. Robert Menendez, D-N.J., and students who survived the Feb. 14 shooting that took the lives of 17 students and staff at Marjory Stoneman Douglas High School.

The student speakers included David Hogg, 17, who has emerged as one of the most outspoken student activists demanding gun control in the wake of the shooting.

The rally, organized by the Community Relations Committee of the Jewish Federation of Greater MetroWest NJ, comes as local Jewish federations debate whether they should be supporting specific gun policies in the wake of the Parkland shooting.

As the Forward noted this week,  Jewish Federations of North America, the national umbrella group, issued a memo to its members that left it up to individual federations to decide whether they would make specific public statements on the shootings and gun policy. The statement noted that JFNA has not made a statement on the shootings because “gun control is not part of our established domestic public policy priorities.” 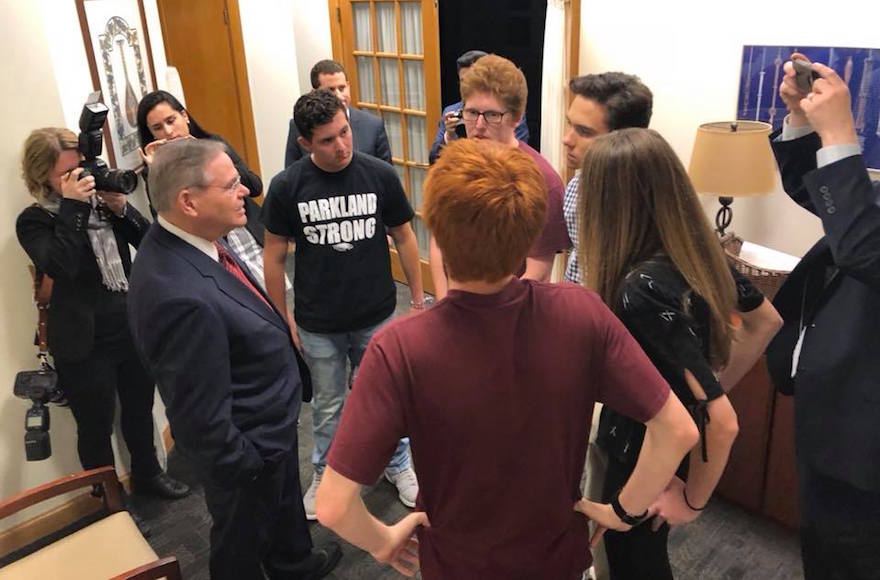 However, the Jewish Council for Public Affairs, whose 125 constituent community relations councils are often funded in whole or part by the local Jewish federations, issued a statement supporting various gun control measures.

“If there’s any issue that’s truly bipartisan and Jewish, it’s this: saving and protecting the lives of our children,” he wrote on Facebook. “This issue goes to the heart of our essential and critical work as a Jewish Federation: taking care of the vulnerable in our midst and building community.”

“The horrific shooting at Marjory Stoneman Douglas High School in Parkland demands bi-partisan action by us and by policymakers at all levels,” the statement by the Jewish Federation of Broward County reads, according to the Forward. “Students should be guaranteed safety and security as they learn to be responsible, productive citizens of tomorrow.”