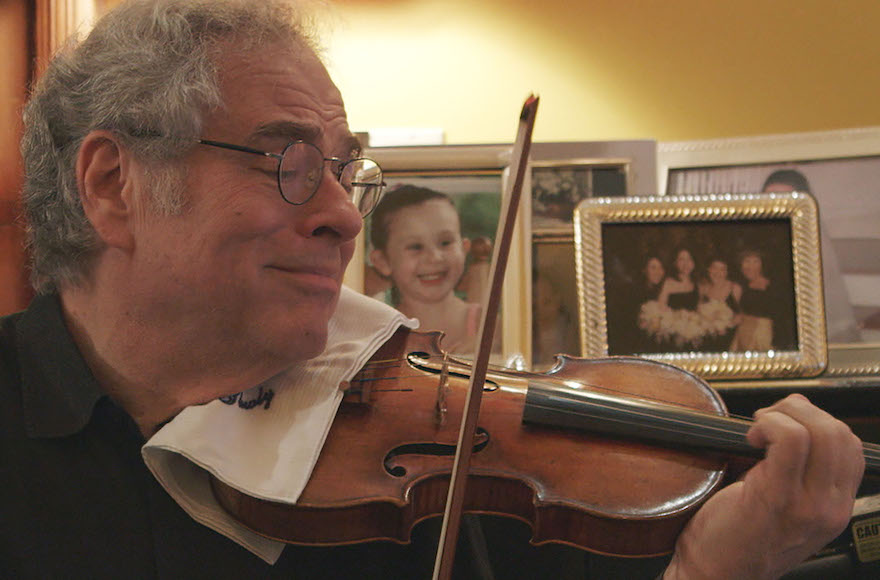 Itzhak Perlman, shown in a scene from the documentary "Itzhak," has endured hardships to become arguably the most famous violinist in the world. (Courtesy of Greenwich Entertainment)
Advertisement

(JTA) — Itzhak Perlman, arguably the most famous violinist in the world, has heard plenty of questions in his 50-year career. But when asked if his religious heritage has affected his playing, he sounds stumped.

“I’m a violinist. I’m Jewish, so that makes me a Jewish musician,” he tells JTA on the phone recently from Singer Island, Florida, where he is to perform at a benefit. “I’m a musician who just happens to be Jewish. When I play klezmer … ”

He doesn’t get to finish the thought because he is interrupted by Toby, his wife of more than 50 years.

“I think that’s not true,” she says in the background. “I think you’re the embodiment of a Yiddle with a fiddle.”

Perlman, 72, is the subject of a new documentary, “Itzhak,” which opens in New York on Friday and Los Angeles on March 16, with an expanded release in the coming weeks. His Jewishness is not front and center — the film spans his entire life, from his birth in Israel and early struggle with polio, to his appearance on “The Ed Sullivan Show,” to the enormous concerts he has played around the world — but it inevitably appears.

In one scene, he shares a Shabbat meal with his children and grandchildren. (He never travels or performs on Friday evenings.) In another, shot in Israel, he takes director Alison Chernick on a tour of the many streets named for famous figures in Israeli and Jewish history. Then there’s a visitor, a friend from Boston, who worries that the pickles she brought as a gift don’t have the Kosher K on their label. 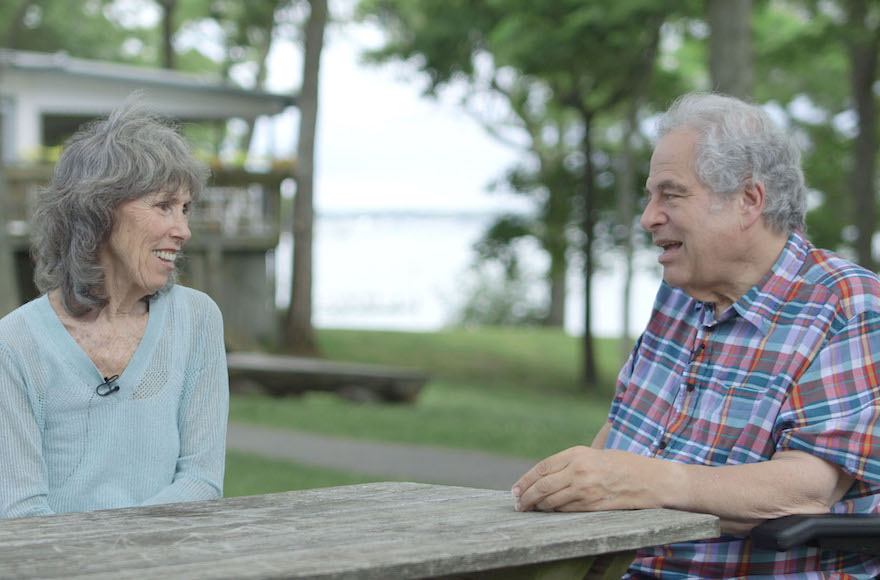 Itzhak Perlman with his wife, Toby, in a scene from “Itzhak.” (Courtesy of Greenwich Entertainment)

The film is most interesting when it shows Perlman in private moments, often in conversation with Toby. The pair met at a music camp, and after hearing him play just once, Toby went to Itzhak’s bunk and proposed to the Israeli virtuoso, then 17.

“I was hopelessly in love with him,” she says in the film. Perlman had one other girlfriend after that, but eventually came back to her, and they have been married since 1967.

At one point in the film, Toby points out that a note he played was out of tune.

Perlman hasn’t encountered much criticism of his playing over the decades. The Tel Aviv native first fell in love with his instrument at the age of 3, when he heard the legendary Jewish violinist Jascha Heifetz playing on the radio.

“It’s very interesting what makes kids who study instruments choose the instrument. It’s what speaks to you. The sound just appealed to me. I wanted to do that,” he said in the phone interview.

But Perlman has faced hardships: He contracted polio at 4. It was the late 1940s, Israel was in its infancy as a nation and had limited medical facilities. Many died from the disease, even in the most advanced nations. Part of his treatment involved inhaling the smoke of burning parchment on which religious sayings had been written. 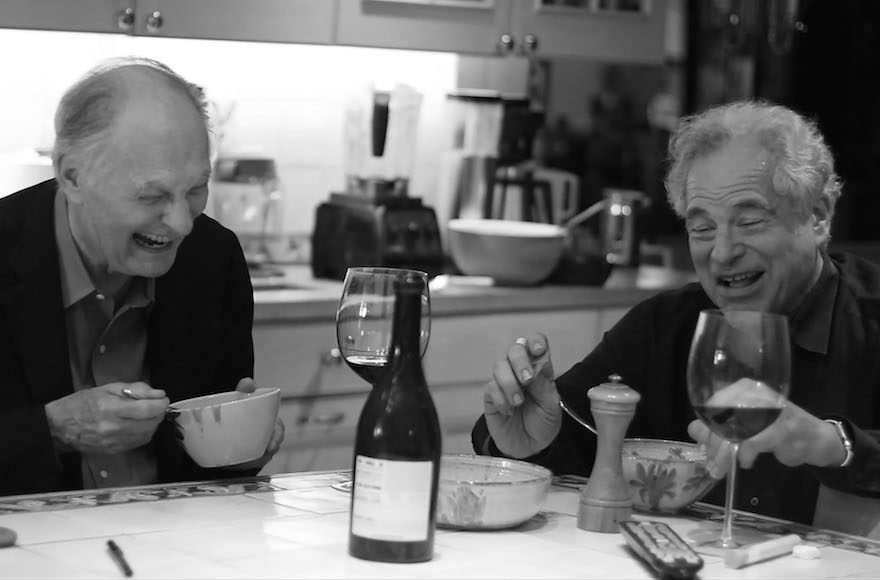 Itzhak Perlman, right, having dinner with Alan Alda from a scene in “Itzhak.” (Courtesy of Greenwich Entertainment)

Perlman survived, with paralyzed legs, and went on to reveal musical brilliance. Still, many experts saw his disability and discouraged thoughts of a music career. His huge break came at 13, when he caught the eye of Sullivan — who sent talent scouts to Israel to look for acts for his immensely popular variety show and eventually visited the Jewish state himself.

In the documentary, Perlman admits he suspects Sullivan brought him to New York as much for the inspirational impact of his disability as for his skill. Nevertheless, he was a hit after performing on the program in 1958. From there, the rest is history — he has performed at the White House, in concert with Billy Joel, before a New York Mets playoff game and with countless orchestras around the world. After winning the 2016 Genesis Prize — known as the “Jewish Nobel” — he directed the $1 million in prize money toward the projects that foster the inclusion of people with disabilities in Jewish life, Israeli society and classical music.

The film illustrates how collaborative and generous Perlman is. While visiting a friend who tunes up his violin before a tour and teaching gifted students in one of his many workshops, he comes across less like a classical music Beatle than a peer.

He is not a fan of giving interviews, though, and when Toby voices her opinion, Perlman sees a way out.

“You’ve asked enough questions,” he says at one point, and asks Toby to pick up the phone.

Fortunately, she is an astute observer of the seasoned maestro.

“He doesn’t know a lot of things about himself because so much of it comes so naturally,” she says. “It’s like breathing. We don’t think about breathing, and that’s the way he plays.”

There is one thing Perlman is acutely aware of: He has a gift that can’t be taught.

“You can teach almost everything with one exception: the magic that makes performances special. You can have two people — both great — play the same piece, and one will move you and one won’t,” he said.