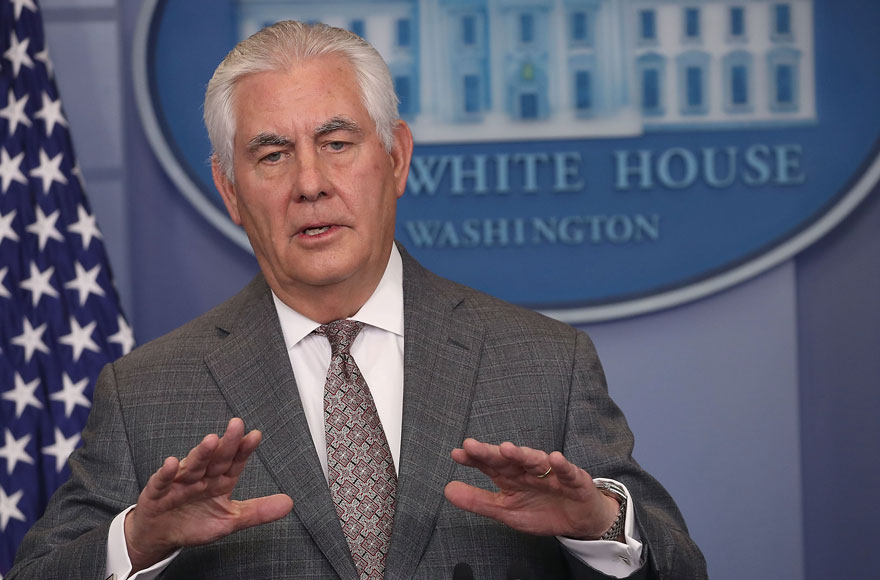 (JTA) — Steve Goldstein, a top aide to former Secretary of State Rex Tillerson, was fired only hours after President Donald Trump said on Twitter that he was firing Tillerson.

The White House said it was dismissing Goldstein, NBC News reported. Goldstein, who is Jewish, served as under secretary for public diplomacy and public affairs and was a top spokesman for Tillerson. He had only been in his position since December after serving as senior vice president of BP Global Solutions.

Following Tillerson’s firing, Goldstein said in a statement that Tillerson “had every intention of remaining” in his post and that he had not spoken to Trump about his firing.

“The Secretary did not speak to the President this morning and is unaware of the reason, but he is grateful for the opportunity to serve, and still believes strongly that public service is a noble calling and not to be regretted,” Goldstein said in a statement.

After Goldstein was dismissed, he told NBC that he was “proud to speak on behalf of the secretary of state to the American people and allies throughout the world, and this has been the honor of a lifetime.”

Goldstein had served in the Interior Department under George H. W. Bush.