Jason Greenblatt: Abbas must choose between ‘hateful rhetoric’ and peace 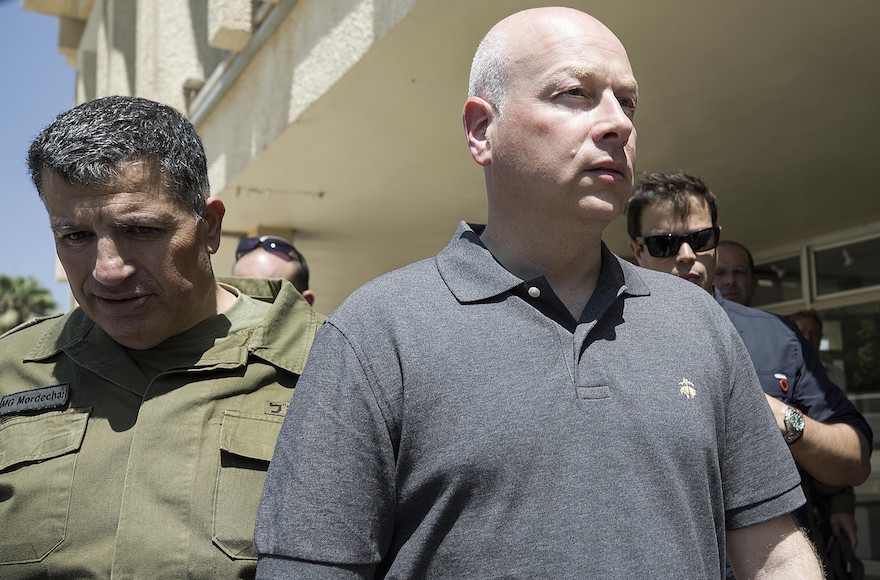 “The time has come for President Abbas to choose between hateful rhetoric and concrete and practical efforts to improve the quality of life of his people and lead them to peace and prosperity,” Jason Greenblatt said in a statement emailed Monday afternoon to reporters.

“Notwithstanding his highly inappropriate insults against members of the Trump administration, the latest iteration being his insult of my good friend and colleague Ambassador Friedman, we are committed to the Palestinian people and to the changes that must be implemented for peaceful coexistence,” Greenblatt said. “We are finalizing our plan for peace and we will advance it when circumstances are right.”

On Monday, at the opening of a Palestinian leadership meeting, P.A. President Mahmoud Abbas called Friedman a “son of a dog” and a “settler” after noting that the ambassador views settlements as legitimate and supported them as a private citizen.

President Donald Trump’s son-in-law, Jared Kushner, leads a three-person team seeking to restart Palestinian-Israeli peace talks. The other two members are Greenblatt and Friedman, and Abbas has made clear his dislike for Friedman in the past. In January, Abbas in a speech called Friedman a “settler” and swore never to meet with him.