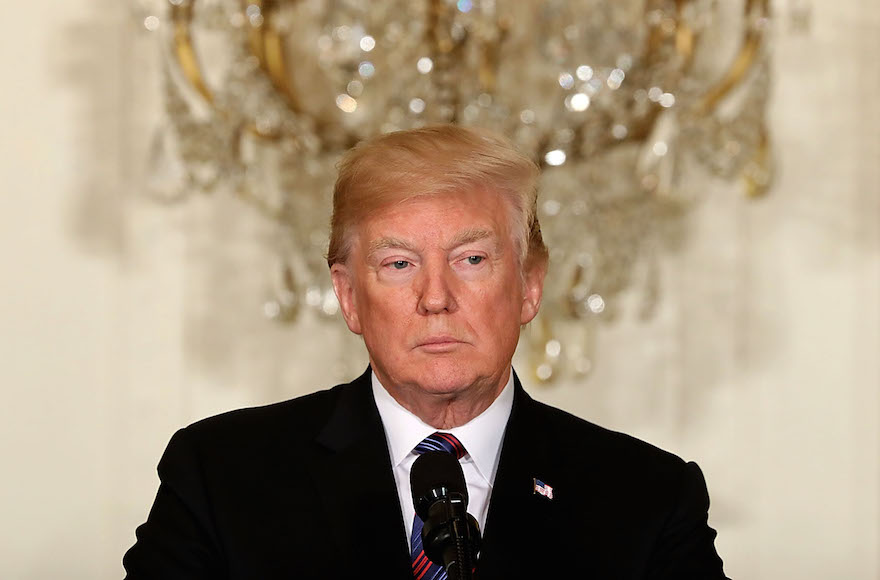 NEW YORK (JTA) — The Zionist Organization of America has filed an amicus brief with the Supreme Court in support of President Donald Trump’s most recent ban on travel from a number of predominately Muslim countries.

The group, which has been an outspoken supporter of many of Trump’s policies, in its brief said the action did not amount to a “Muslim ban” or violate the Constitution. On Wednesday, ZOA released a statement announcing its Feb. 28 filing of the brief.

ZOA cited terror attacks by immigrants in Boston, San Bernardino, Orlando and Manhattan, as well as Europe, in its defense of the executive order.

“The six Muslim majority countries affected by the Proclamation are marked by combat zones and infested with terrorist groups and sympathizers,” the group’s president, Morton Klein, said in the statement. “The Proclamation’s vital purpose exemplifies our most fundamental, overriding value of protecting American lives.”

The executive order announced in September prohibits travel from Iran, Libya, Somalia, Syria and Yemen, as well as from Chad and North Korea, and includes some Venezuelan government officials and their families. The ban went into effect in December, even as the appeals moved forward.

It was the Trump administration’s third attempt to prevent the entry into the United States of travelers from those countries. U.S. courts struck down the earlier bids by Trump to impose a ban on travel from a number of Muslim-majority countries, in part because Trump himself signaled that the ban was meant to target Muslims.

On Friday, at least six Jewish civil rights groups signed onto a joint amicus brief, spearheaded by the Anti-Defamation League, urging the Supreme Court to block the executive order. The American Jewish Committee also filed a brief opposing the ban.

In February, the U.S. Court of Appeals for the 4th Circuit in Virginia declared Trump’s travel ban unconstitutional. The decision came a month after the Supreme Court agreed to hear an appeal from a similar decision from the 9th Circuit Court of Appeals in San Francisco.

Attorneys general for 16 states and Washington, D.C., also filed an amicus brief Friday with the Supreme Court against the travel ban.

The Supreme Court will hear oral arguments on the ban at the end of April.