Handbag designer Judith Leiber and her husband, artist Gerson Leiber, die within hours of each other 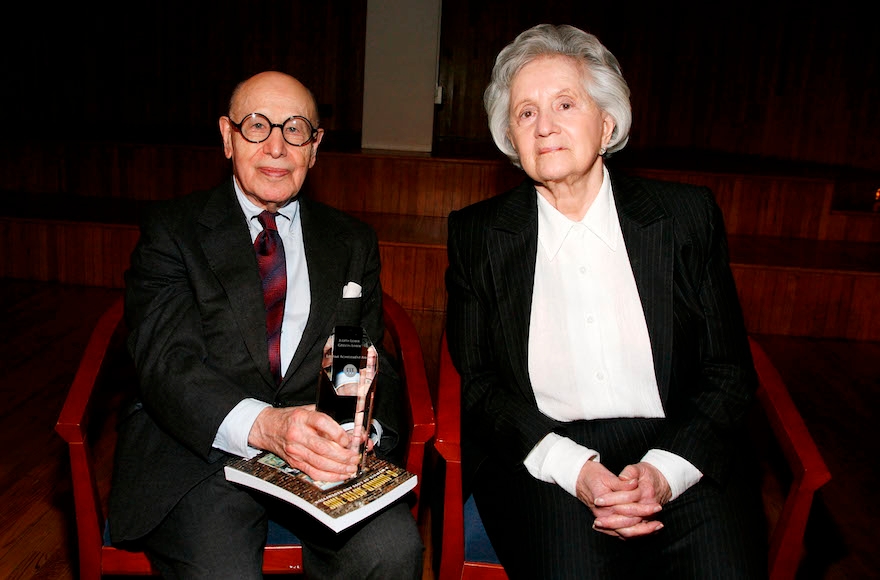 Both Leibers died at home Saturday in New York of heart attacks. She was 97 and he was 96.

The couple’s deaths were announced to The New York Times by their spokesman, Jeffrey Sussman, who was also their biographer. The couple did not have children.

Sussman told The Times that Gerson Leiber, who had congestive heart failure, told his wife the night before they died, “Sweetie, it’s time for both of us to go.”

Judith Leiber was known for her small crystal-covered handbags called minaudieres, many of which took the forms of small animals, flowers or other objects. The bags often were decorated with gems or semi-precious stones and were gold plated. Singers and Hollywood celebrities, as well as several first ladies, have carried her bags, which are part of several museum collections.

Gerson Leiber, known as Gus, was an artist who created abstract landscapes, prints and sculptures. His work has been featured in several prominent U.S. museums, including the Metropolitan Museum of Art, the National Gallery of Art in Washington, D.C., and the Whitney Museum of American Art.

Judith Leiber, a Budapest native, learned the stages of handbag manufacture in an artisan guild. She used that knowledge to escape being sent to the Nazi concentration camps, and instead the Nazis put her to work sewing military uniforms.

Gerson Leiber was born in Brooklyn and grew up in northwest Pennsylvania, where his father was a junk dealer. He was an Army Signal Corps sergeant stationed in postwar Budapest when he met Judith on a city street. They married in 1946 and settled in New York, where he studied in art school.

The couple opened their own handbag business in 1963 after Judith Leiber spent more than a dozen years working for other manufacturers. They sold the company in 1993 to the British company Time Products for a reported $16 million.

In 2008, they opened the Leiber Collection, a museum dedicated to both of their work, on their property in Springs, New York, in the Hamptons. Gerson Leiber designed the gardens there.