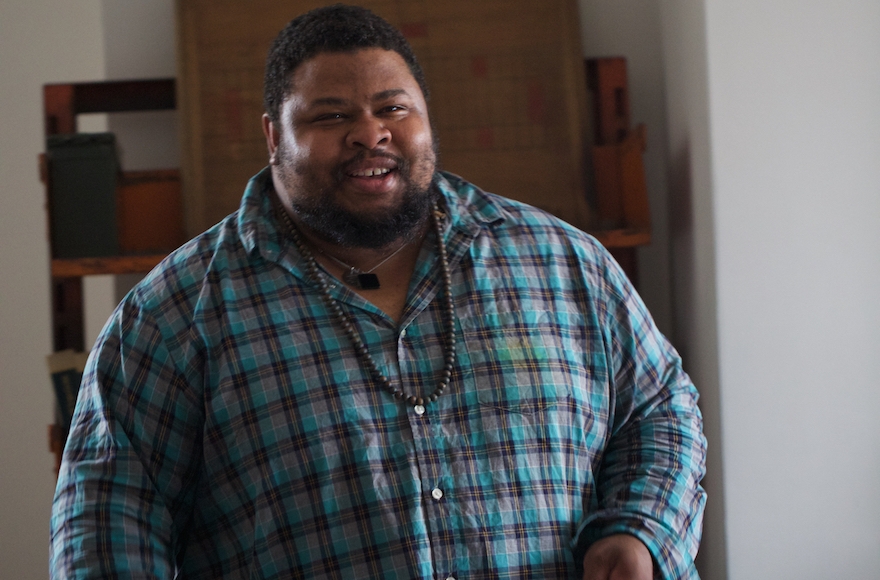 The James Beard Foundation announced last week that Twitty, an African-American Jew-by-choice, won the book of the year and the best writing awards for “The Cooking Gene: A Journey Through African-American Culinary History in the Old South.” The book explores the history of soul food and its relationship to the larger category of Southern cuisine.

In 2012, Twitty embarked on a “Southern Discomfort Tour” to trace the history of his black ancestors through food. On the journey, which he documents in the book, he learned about his ancestors’ fates, worked on historic plantations and took DNA tests to learn more about his heritage.

On Wednesday, he wrote on Twitter that he had received confirmation that he was the first African-American person to win the foundation’s Book of the Year award.

In the book Twitty, a former Hebrew school teacher, also details his Jewish journey and draws parallels between African-American and Jewish history.

“How I became Jewish began through food,” Twitty told JTA in an interview last year. His Christian mother, whom Twitty describes in his book as “the best challah braider I have ever known,” introduced him early on to the Shabbat staple.