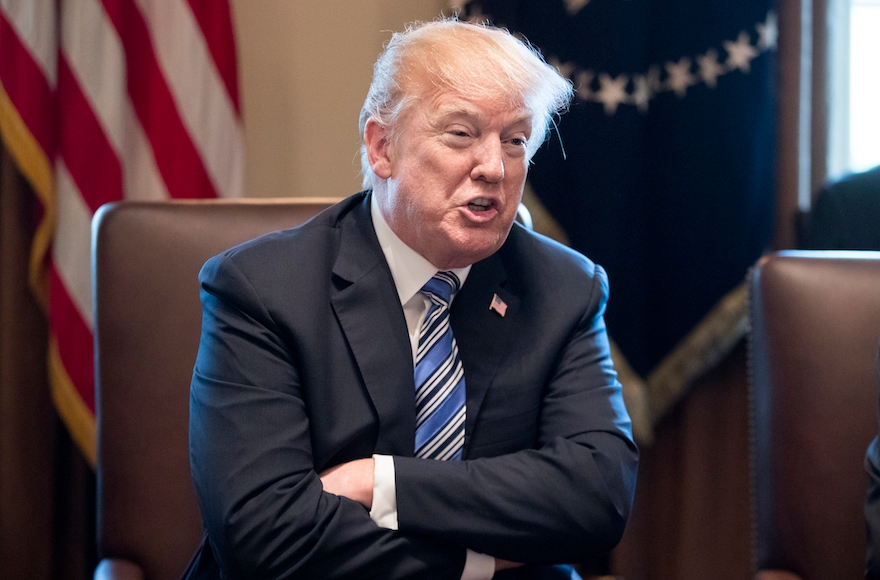 (JTA) — President Donald Trump signed legislation to help victims of the Holocaust and their families reclaim lost property in Poland.

The Justice for Uncompensated Survivors Today, or JUST Act, was first introduced in February. The measure requires the State Department to report on the progress of certain European countries toward the return of or restitution for wrongfully confiscated or transferred Holocaust-era assets, including property, art and other movable property. It also requires a report specifically on progress on the resolution of claims for U.S. citizen Holocaust survivors and family members.

The law does not mention Poland specifically. However, Poland is the only European country that has not passed a law or laws to compensate those who lost their property and other assets during World War II. The bill passed the Senate by a unanimous voice vote in December 2017, and passed the House in April in a similar vote.

The JUST Act is designed to build on the international Terezin Declaration on Holocaust Era Assets and Related Issues of 2009, which affirms the protection of property rights and recognizes the importance of restituting or compensating Holocaust-related confiscations.

“This is a powerful statement of America’s unwavering commitment to supporting Holocaust survivors in their quest for justice,” Gideon Taylor, chair of operations of the World Jewish Restitution Organization, said in a statement.

A Polish-American group whose leaders include Richard Widerynski, former president of the Polish American Congress of Southern California, lobbied against the law. “Poland must not be held responsible for the genocide and property expropriations conducted by her German and Soviet occupiers,” it said on its website. It called the demands for such restitution “illegitimate extortion attempts.”