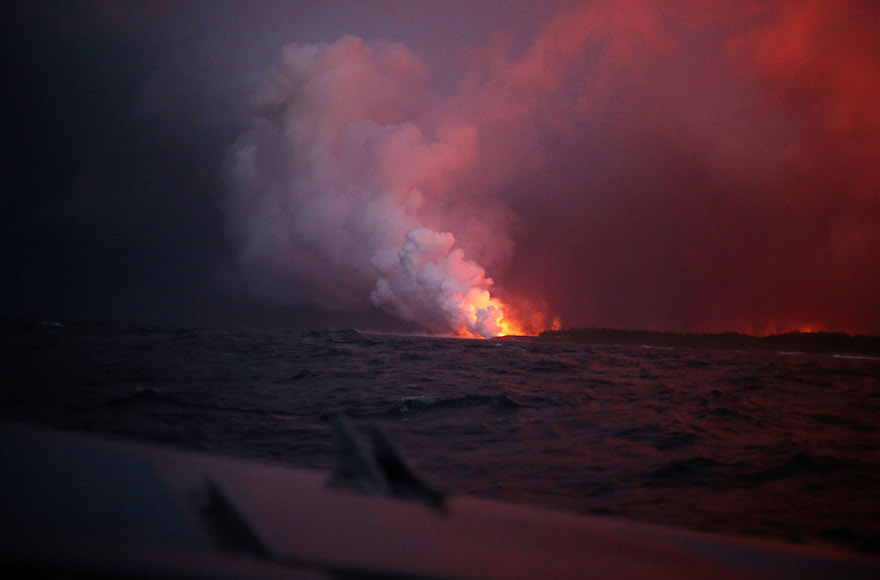 (JTA) — Lava from the Kilauea volcano in Hawaii has reached a geothermal power plant owned by an Israeli company.

The lava covered at least one of the 11 geothermal energy wells at the Puna plant, which supplies 25 percent of the island’s electricity, according to the daily business website Calcalist. The lava reached the well on Sunday night.

A geothermal power plant uses heat and steam from the Earth’s core to spin turbines to generate power.

Eruptions from the volcano began on May 3.

Ormat Technologies, which owns a 63 percent stake in the plant, announced last week that it had taken several precautionary measures to protect the plant, including shutting down the geothermal wells.

The affected well had been plugged ahead of the lava flow; a second well nearby was also plugged. The action protects against the release of gas that could become toxic when mixed with lava, The Associated Press reported.

Ormat was founded in Israel in 1965 and is headquartered in Reno, Nevada. The firm operates other geothermal power plants in the U.S., Kenya, Guadalupe, Guatemala and Honduras. It is listed on both the New York and Tel Aviv stock exchanges.