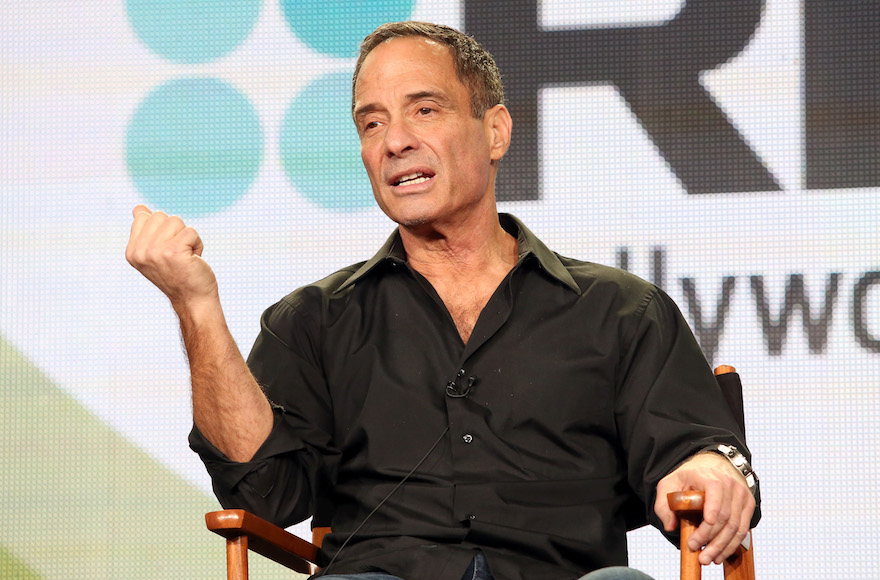 (JTA) — Harvey Levin runs the gossip industry giant TMZ. The Daily Beast reported this week that in 2016, just prior to the election, Levin did something unusual: Hearing that there was an incriminating video of Republican nominee Donald Trump in an elevator, he alerted Trump instead of his readers.

In a media landscape where Jewish leadership was once a signifier of a liberal outlook — think The Washington Post, The New York Times and CBS — at least three media moguls are known for their twin passions for dishing the dirt and deferring to the Donald. They also get props for a more traditional media role — public service journalism.

Trump connection: Predates the election to Trump’s days as the celebrity host of the reality TV series “The Apprentice.” According to The Daily Beast, Trump and Levin saw a mutually beneficial relationship — the gossip site promoting the celebrity promoting the gossip site. Trump would deliver clickable insights to TMZ, telling the site in 2009 that Kanye West was “disgusting” for interrupting Taylor Swift while she was accepting an award. (These days, Trump and Kanye are tight.)

Trump love: In addition to possibly helping to bury the apocryphal video of Trump doing no one knows what in an elevator, TMZ intensified its pro-Trump coverage after the revelation as the election neared of a real tape of Trump bragging that he sexually assaulted women.

Jewish connection: In July 2006, less than a year into TMZ’s existence, Levin doggedly uncovered evidence of Mel Gibson’s anti-Semitic rant at a Jewish police officer despite warnings that it could ruin his business. (That in turn led to the memorable 2010 allegation by Gibson’s ex-girlfriend that the actor and director subsequently said of Levin: “I want Jew blood on my hands,” and that he wanted Levin “taken to the desert, stripped naked, kneecapped and left in the heat.”)

Shoulda won the Pulitzer: TMZ posted video in 2014 of Baltimore Ravens running back Ray Rice dragging his unconscious fiancee, Janay Palmer, out of an Atlantic City casino elevator, launching a national dialogue about athletes and spousal abuse. (Palmer and Rice are married, and charges were dropped after Rice agreed to counseling.) 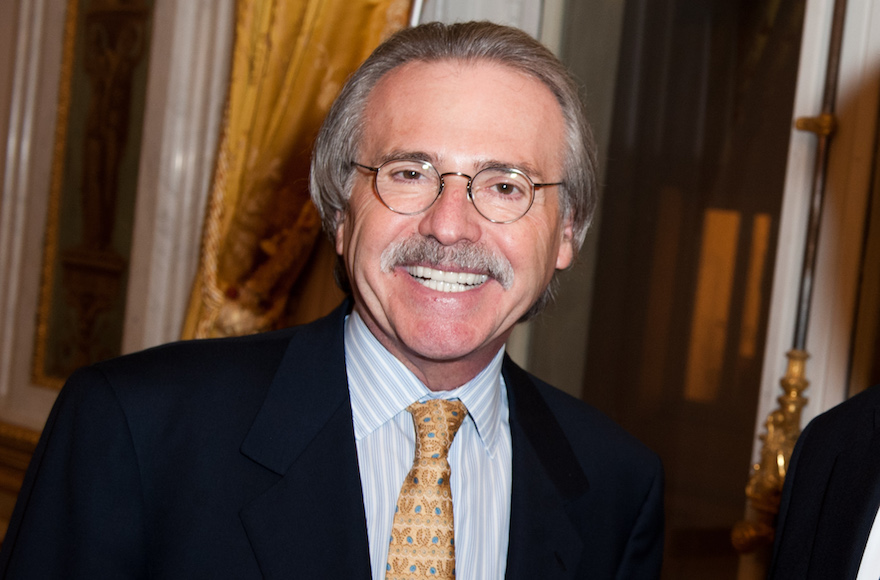 Trump connection: Pecker has considered Trump a friend since they met on the New York social scene in the 1990s. According to a New Yorker profile, the two have been close since at least 2003, when Pecker joined Trump’s flagship Florida golf club, Mar-a-Lago.

Trump love: In 2016, during the campaign, American Media paid a Playboy model, Karen McDougal, for the rights to her story, including her claim of an an affair she had with Trump in 2006-07 after the birth of his son with his current wife, Melania. Pecker quashed the story, instead running McDougal’s fitness advice in its publications. Pecker in his New Yorker interview denied this was “catch and kill,” the term for paying and then silencing a source to protect a friend. But he did say that, um, he was silencing McDougal to protect a friend.

“Once she’s part of the company, then on the outside she can’t be bashing Trump and American Media,” Pecker said.

How are Trump and American Media the same thing, interviewer Jeffrey Toobin asked.

“To me it is,” Pecker replied. “The guy’s a personal friend of mine.” (McDougal sued to be released from the contract, settled, and is now speaking freely.)

It may be a profitable friendship. Earlier this year, The New York Times reported that Pecker was trading on his relationship to seek business opportunities in Saudi Arabia. During the presidential campaign, the Enquirer fired relentlessly at Trump’s primaries rivals (notably insinuating, without any basis, that Ted Cruz’s father played a role in the assassination of John F. Kennedy) and at the Democratic nominee, Hillary Clinton. (“Hillary: 6 months to live!” That was in September 2015.) The Enquirer’s first-ever presidential election endorsement was for Trump.

Jewish connection: Pecker likes to talk about his hardscrabble upbringing in the Bronx.

“My father was a bricklayer,” he told Fortune in 2004. “It was unusual being in that industry because most of the bricklayers are Italian. Being Jewish, he had to learn to speak perfect Italian.”

In 1997, when Pecker was directing the somewhat tonier Hachette house of publications, the American Jewish Committee gave him an award. He received the award from the late John F. Kennedy Jr., whose George magazine Pecker helped to launch.

Shoulda won the Pulitzer: Not just shoulda — coulda. The Pulitzer Prize board in 2010 accepted the Enquirer’s submission for its dogged coverage of allegations that 2008 presidential candidate John Edwards had fathered a child with a woman who was not his wife. The mainstream media ignored the allegations for months until the Enquirer produced the goods, derailing Edwards’ political future.

Trump connection: Trump and Adelson have had a relationship of mutual respect since 2005, when Trump opened a Trump International hotel and casino in Las Vegas, Adelson’s stomping ground. Adelson held back from backing a candidate during the 2016 primaries, but once it was clear in May that Trump was the nominee, the casino magnate forcefully endorsed Trump — a shot across the bow to conservative Never Trumpers who were contemplating voting for Clinton or for a third party. Adelson was a major donor to Trump’s inauguration, earning a seat on the dais for him and his wife, Miriam.

Trump love: The Las Vegas Review-Journal has sustained a serious, non-tabloid level of coverage since Adelson’s secret purchase of the newspaper in 2015, although there have been questions about whether the newspaper has pulled back in its coverage of Adelson’s business dealings. That seriousness lent heft to its endorsement of Trump in the 2016 election — it was virtually the only major daily to do so. Under Adelson’s watch, the paper also hired as a columnist relentless Trump booster Wayne Allyn Root.

Israel Hayom’s coverage of Trump has been adoring, with a columnist comparing Trump to John F. Kennedy for his recognition of Jerusalem as Israel’s capital. The day the embassy opened, May 14, Miriam Adelson ran a column on the front page of both newspapers saying that Trump “has re-enshrined the United States as the standard-bearer of moral clarity and courage in a world that too often feels adrift.”

Jewish connection: Adelson, one of the world’s richest Jewish men, is also perhaps the most generous giver to Jewish and medical causes. His beneficiaries include Yad Vashem, Israel’s Holocaust memorial; the Israeli American Council; and Birthright, the program that flies young Jewish adults to Israel on a roots tour.

Shoulda won a Pulitzer: Under Adelson’s ownership, the Review-Journal has taken the lead in examining sexual impropriety allegations against Adelson’s fellow casino magnate Steve Wynn — including a hard-hitting piece faulting itself for burying a story back in 1998. Put aside cynical thoughts about Adelson taking out a competitor: The scandal has damaged Adelson’s political home, the Republican Party. Wynn has stepped down as the finance chairman of the Republican National Committee because of the allegations.