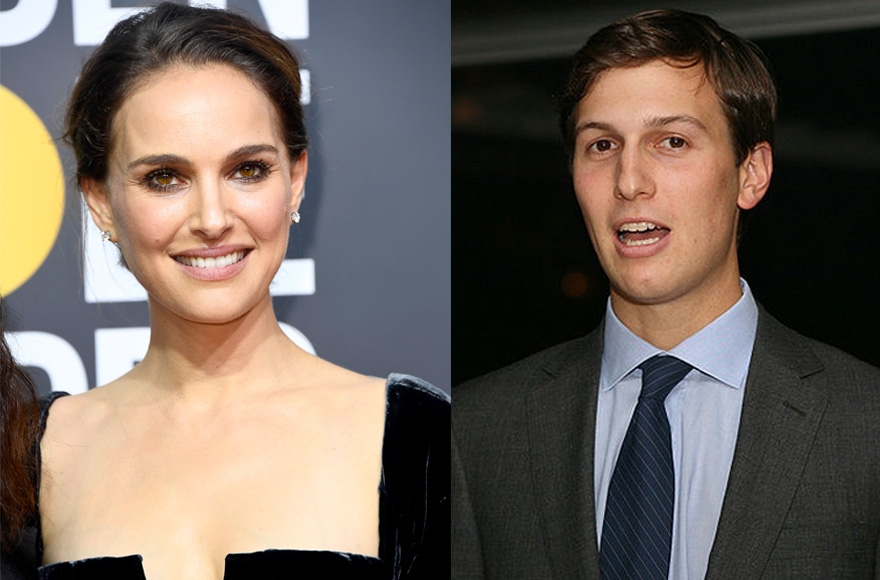 (JTA) — Natalie Portman apparently used to be friends with Jared Kushner when the two studied together at Harvard University in the early 2000s. Things are a bit different now between them, though.

The Israeli-American actress talked about President Donald Trump’s Jewish son-in-law and senior adviser on the “The Late Show with Stephen Colbert” on Thursday, and she didn’t mince words.

In the interview, Colbert first asked Portman, a Democrat, if it was true that Kushner “wasn’t that great of a student.” She had previously noted that they had been “friendly” during their college days.

“That is true,” Portman responded, to laughter from the audience.

Her next line hit harder.

“Unfortunately there’s not a lot funny to say about someone you were friends with becoming a supervillain,” she told Colbert.

It wasn’t always this way: the two seem to have been on good terms in 2009, when Portman attended Kushner and Ivanka Trump’s wedding.

“He said in some interview that the friends he’s lost because of politics it’s like exfoliating, and I was like, okay, I like the spa metaphors,” Portman told Colbert.