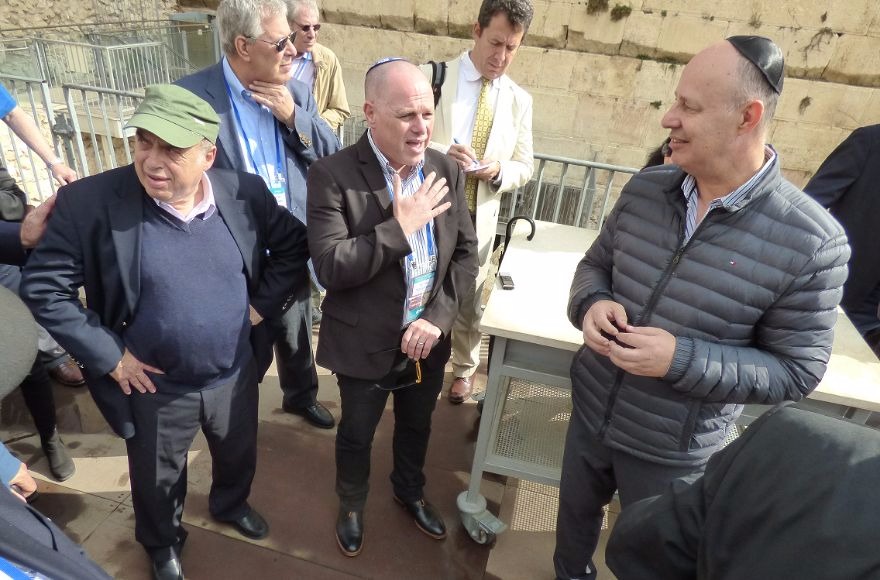 JERUSALEM (JTA) — The Israeli government minister whose approval is needed to advance the plan for the Western Wall’s egalitarian section has dropped her support for the proposal.

Regev, the culture and sport minister, announced in a Facebook post late Wednesday that she would not approve the plan in her position as chairwoman of the Knesset Committee for Holy Places. The chair’s permission is necessary to advance the plan.

On Thursday, in an interview with Army Radio, Regev said that Prime Minister Benjamin Netanyahu would replace her as committee chair. The other committee members are Justice Minister Ayelet Shaked and Religious Services Minister David Azoulay.

Regev wrote in her Facebook post: “In the past months I have been torn. My conscience would not let me rest. I could not approve the Western Wall plan in a manner that would upset the status quo. The Reform Movement’s demand to turn the Wall into a place where men and women pray together is unacceptable to me or to Jewish tradition.

“I have decided to be faithful to my conscience and therefore I informed the prime minister that I do not intend to approve the Western Wall plan as chair of the Committee for the Holy Places.

Natan Sharansky, the outgoing chairman of the Executive of The Jewish Agency for Israel and a key architect of the plan, criticized Regev for her change of heart.

“Minister Regev’s conscience is her own matter, but her public about-face regarding the need to set established prayer practices at the site is most regrettable,” he said in a statement. “I hope the Prime Minister brings about the completion of the expanded prayer area known as Ezrat Yisrael, as he has repeatedly promised the Jewish people in Israel and abroad that he would.”

“While state-sanctioned hate — in the form of organized harassment and violence against Women of the Wall, as well as the indifference shown by those appointed to protect our freedoms — is tolerated, even encouraged, words of prayer ‘degrade’ the holy site, in your view,” Sachs wrote. “So offensive is a woman wrapped in a tallit that the sight has induced in you a crisis of ‘conscience.’

“I am disappointed and frustrated by your willingness to trample on women to achieve your political ambitions. I am horrified at the extent of your pandering to a loud minority of Ultra-Orthodox bullies, while ignoring your commitments to the whole of your People, and in particular, to Jewish women.”