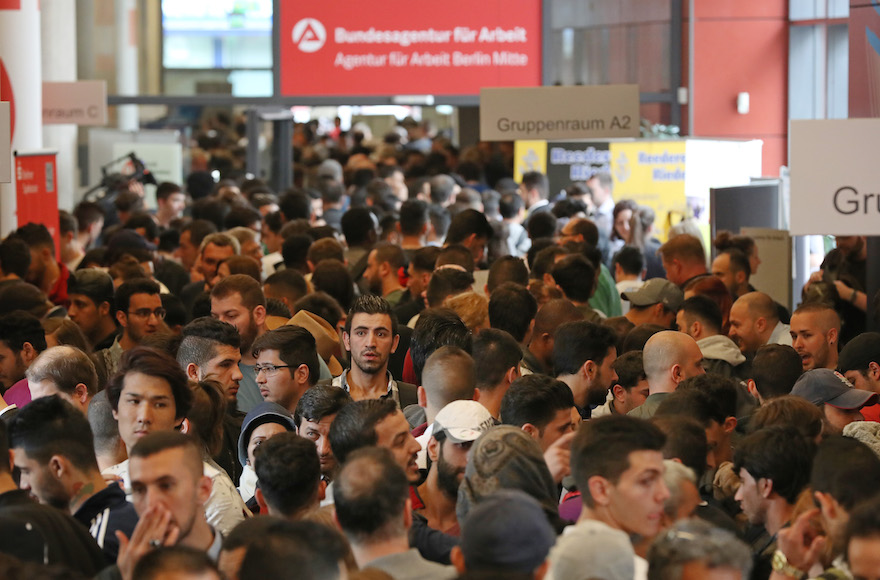 (JTA) — Germany has increased state benefits for the Central Council of Jews in Germany for the first time since 2011. And the funds will give the fight against anti-Semitism a shot in the arm.

In a joint statement issued Friday, Central Council President Josef Schuster and the federal minister of the interior for building and community, Horst Seehofer, announced that the annual state support for the Jewish umbrella organization would be raised from 10 million euros to 13 million euros (more than $15 million).

Noting his concern about “the rise in anti-Semitism in our society,” Seehofer said the Central Council “faces increasing challenges” that the funding will help meet. “Whoever threatens our Jewish citizens threatens all of us,” he said.

The news comes as concerns rise about anti-Jewish incidents in Germany, both from the far right and by Muslims. There have been calls for increased attention to fighting anti-Semitism in schools, especially since 2015, when more than a million refugees of Arab Muslim background entered Germany.

While remaining cautious about broad generalizations, the Central Council has expressed concern that some of the refugees may subscribe to anti-Semitism, homophobia and misogyny.

Germany researchers consistently find that a quarter of the population holds anti-Semitic views, and that the vast preponderance of anti-Semitic crimes are committed by right-wingers. Rates of anti-Semitic episodes  in Germany have remained more or less constant since 2003.

The Central Council functions as an umbrella for approximately 80 Jewish communities of an array of Jewish denominations. It supports cultural and social programs, including the continued integration of the former Soviet Jews who have moved to Germany since 1990. There are currently about 100,000 registered members of Jewish communities and about the same number who are not affiliated, including several thousand Israelis.

In 2003, Germany signed its first contract with the Central Council, putting it on a legal par with the Catholic and Protestant communities. At the time, the government pledged 3 million euros annually to help the Jewish community meet its infrastructural needs. That sum was increased to 5 million euros in 2008 and 10 million in 2011.

According to Friday’s statement, the increased funding will enable the Central Council to expand its work in the areas of Jewish integration, the fight against anti-Semitism and promotion of Holocaust remembrance.