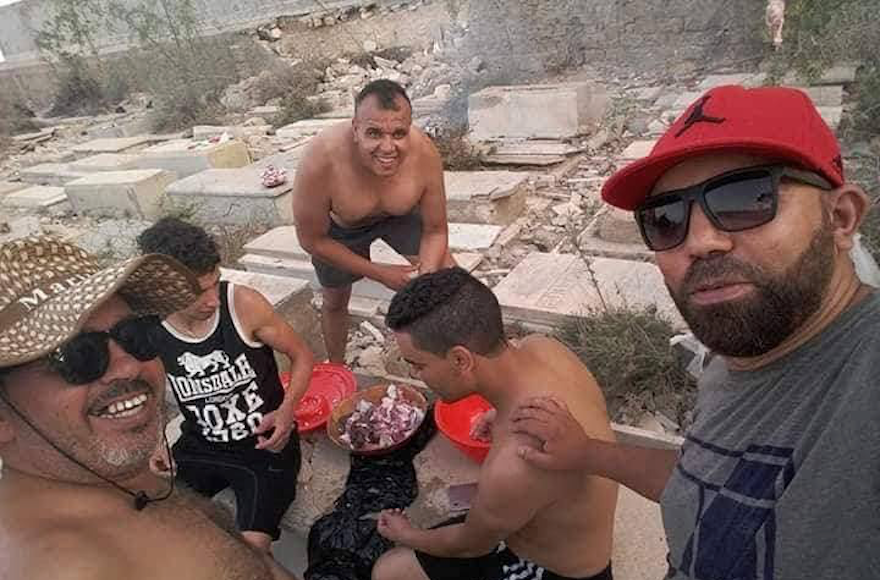 Elie Trabelsi posted the photos taken at the Jewish cemetery in Sousse on Facebook on Thursday. The post was first flagged by the Elder of Ziyon blog.

The mayor of Sousse, Tawfiq al-Oreybi, announced that police are investigating the incident and will take appropriate action, according to the blogpost.

Police arrested six men in the cemetery, according to the blogpost, though not the ones pictured on Trabelsi’s Facebook page.

The cemetery reportedly has become a hangout.

Only a few Jewish families now live in Sousse, which had a Jewish community of nearly 6,000 at the time of Tunisia’s independence in 1956.

Tunisia had a Jewish population of more than 100,000 at the time of independence in 1956, comprising the country’s largest religious minority. Today nearly 2,000 remain, living mostly on the southern island of Djerba and around the capital, Tunis.