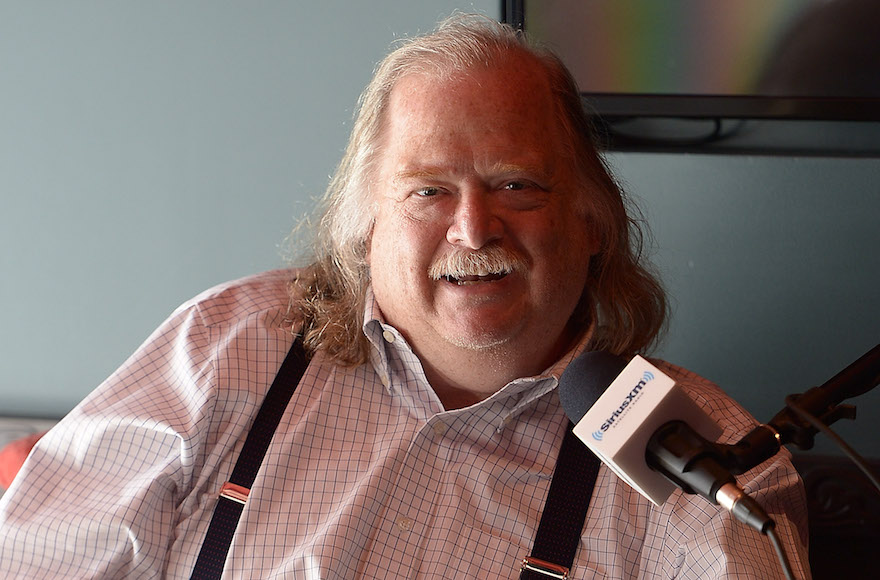 (JTA) — Jonathan Gold, a Los Angeles restaurant critic who said his goal in reviewing both taco stands and fancy French restaurants was to make people less afraid of their neighbors and to visit the entire city, has died.

Gold, who was the first restaurant critic to win a Pulitzer Prize, died Saturday at St. Vincent’s Medical Center in Los Angeles, after being diagnosed with pancreatic cancer earlier in the month. He was 57.

Gold won the Pulitzer Prize for criticism in 2007 while writing for L.A. Weekly.  The judges praised his “zestful, wide-ranging restaurant reviews, expressing the delight of an erudite eater.” He was a finalist for the prize again in 2011.

He also won several James Beard Foundation journalism awards during his career, including the M.F.K. Fisher prize for distinguished writing in 2011 and the Craig Claiborne Distinguished Restaurant Review Award, which he received in May.

Gold was known for reviewing small, ethnic restaurants and even food trucks located throughout the city with as much zest as expensive haute cuisine restaurants. He published more than 1,000 reviews from the 1980s until his death.

“He wasn’t looking down his nose at the world, he was looking out from the table and trying to put restaurants, meals, and cuisines in context. Empathy, understanding, commensality: That’s what he brought to the game. Jonathan didn’t write restaurant reviews, he wrote about who we are and how we feed each other. He wasn’t just a better writer than the rest of us, he cared more, too,” Peter Meehan, a family friend and former editor of the now-defunct food magazine Lucky Peach, told the New York Times.

Gold’s work and his view of his beloved Los Angeles are featured in the 2015 documentary “City of Gold,” directed by Laura Gabbert.

Following his Pulitzer win, he stopped going incognito to restaurants, since his image was wide-spread and became well-known.

Most of Gold’s reviews appeared in two newspapers: L.A. Weekly and The Los Angeles Times, where he had been the chief critic since 2012.  He started at L.A. Weekly in 1982 as a proofreader while working on a degree in art and music at UCLA, and soon after became its music editor. In 1986 he began a column in which he explored Los Angeles’ ethnic neighborhoods, moving the column to the Los Angeles Times from 1990 to 1996. He moved to New York in 1999 to become the New York City restaurant critic for Gourmet magazine, but returned to L.A. in 2001. He returned to the L.A. Weekly for a decade and then returned to the Times.

Gold was born and raised in a Reform Jewish family in South Los Angeles. His mother, Judith, was a teacher and school librarian who converted to Judaism and his father, Irwin, was a Los Angeles probation officer. He played the cello from childhood, and pursued a degree in music history at UCLA. He briefly led a new wave rock band called Overman.

He is survived by his wife, Los Angeles Times Arts and Entertainment editor Laurie Ochoa, and two children.

Devastated by the loss of my true love. Overwhelmed by the outpouring. Thank you. pic.twitter.com/YZsRycOqp4