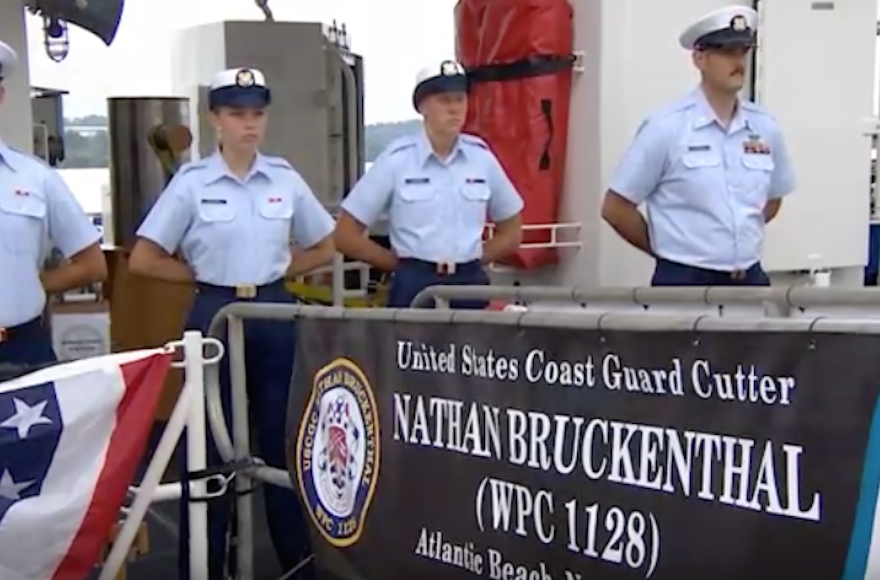 (JTA) — The Coast Guard named a new ship after Nathan Bruckenthal, a Jewish-American Coast Guardsman killed in the Iraq War.

The fast-response cutter boat was commissioned Wednesday in Alexandria, Virginia.

Bruckenthal was killed in 2004 at the age of 24. He was the first Coast Guardsman to be killed in action since the Vietnam War.

He and two Navy sailors died as they intercepted a small boat in the Persian Gulf with a suicide bomber on board. The team’s actions helped prevent another coordinated attack.

Bruckenthal was awarded the Bronze Star, the Purple Heart, his second Combat Action Ribbon and the Global War on Terrorism Expeditionary Medal for his actions.

His father spoke about his son’s sacrifices.

“He was always a hero in our mind, before he made the ultimate sacrifice,”  Rick Bruckenthal said, as quoted by The Washington Post. “The last story is the sad story, but also a great story because we don’t know how many people’s lives he and his crew saved that day.”