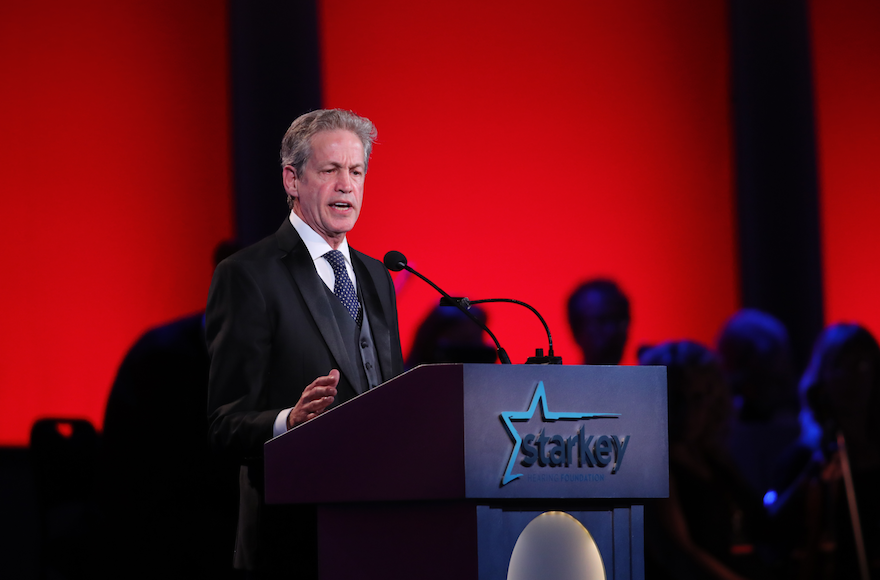 (JTA) — Former Minnesota Sen. Norm Coleman says the cancer he first started battling three years ago is at the most advanced stage and has spread to his lungs.

Coleman, 68, who served recently as the chairman of the Republican Jewish Coalition, announced the cancer’s return in a social media post. In October 2015, Coleman had surgery for tonsil and throat cancer, followed by a trial program of chemotherapy and radiation.

This year’s annual scan, doctors confirmed in a “sobering verdict” that the lesions in his lungs were cancerous.

“The prognosis for metastasized cancer is typically not optimistic,” he wrote. “But, the DNA of my cancer has shown great responsiveness to chemo and radiation treatment. My physicians at the Mayo Clinic remain optimistic that the beast can still be contained.”

He also said: “Once it is in your body, even if you have wiped away all current traces of it, you live in fear that it will soon emerge from the microscopic shadows.”

Coleman, a Brooklyn native and Hofstra University graduate, has spent 35 years in public service, first with the Minnesota Attorney General’s Office before serving as mayor of Saint Paul and then as a U.S. senator. The one-time Democrat sits on the Republican Jewish Coalition’s board of directors.

He is now a lobbyist at Hogan Lovells in Washington and says he is engaged with his work as well as playing golf and pickleball.

“So, I close in saying that I might have been given a bad break, but I’ve got an awful lot to live for,” he said, echoing a famed speech by New York Yankees great Lou Gehrig in the late 1930s. “Thank you.”