US indicts 2 Iranians in surveillance of Israeli and Jewish facilities 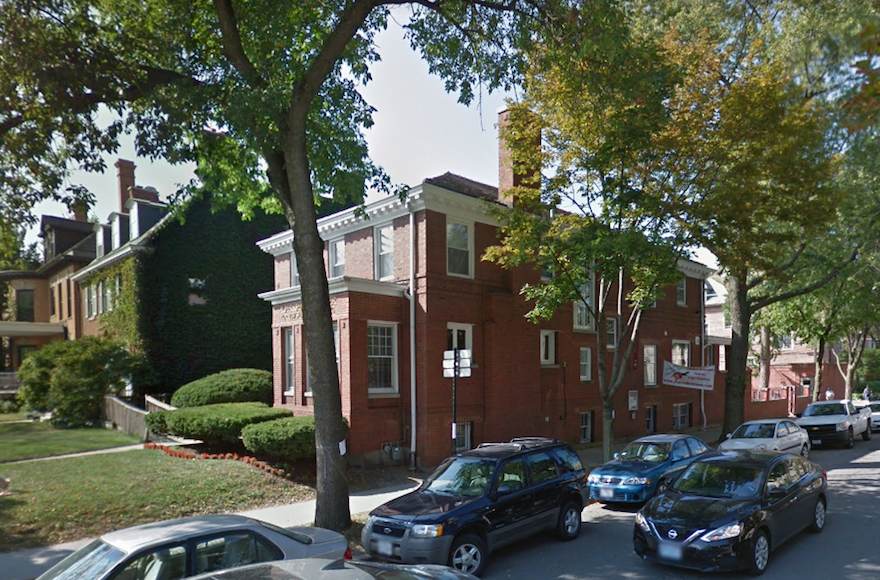 (JTA) — The United States has indicted two Iranian citizens on charges of carrying out surveillance on Israeli and Jewish facilities in the United States on behalf of the Iranian government.

The suspects were identified as Ahmadreza Mohammadi-Doostdar, 38, who is also a U.S. citizen, and Majid Ghorbani, 59, who lives in California. Both stand accused of “knowingly acting as agents of the government of Iran without prior notification to the Attorney General, providing services to Iran in violation of U.S. sanctions, and conspiracy,” the Department of Justice said Monday in a statement.

They allegedly collected intelligence information about “entities and individuals considered by the government of Iran to be enemies of that regime, including Israeli and Jewish interests, and individuals associated with the MEK [Mujahedin-e Khalq], a group that advocates the overthrow of the current Iranian government.”

The MEK was considered a terrorist organization by the State Department until 2012, when it was removed from the terrorism list after repudiating violence. According to the Council on Foreign Relations, its members had previously engaged in violent activities against Americans in Iran during the 1970s and were involved in the overthrow of the shah. However, it split with the ayatollah soon after and transformed itself into an opposition group in exile.

According to the statement, Doostdar conducted surveillance of Chicago’s Rohr Chabad House, where he photographed “security features surrounding the facility.”

“The National Security Division is committed to protecting the United States from individuals within our country who unlawfully act on behalf of hostile foreign nations,” said Assistant Attorney General for National Security John Demers. “Doostdar and Ghorbani are alleged to have acted on behalf of Iran, including by conducting surveillance of political opponents and engaging in other activities that could put Americans at risk.  With their arrest and these charges, we are seeking to hold the defendants accountable.”

“This alleged activity demonstrates a continued interest in targeting the United States, as well as potential opposition groups located in the United States,” said Acting Executive Assistant Director McGarrity. “The FBI will continue to identify and disrupt those individuals who seek to engage in unlawful activity, on behalf of Iran, on US soil.”

The Anti-Defamation League applauded the FBI over the indictments in a statement on Tuesday.

“We commend and thank the FBI for disrupting the alleged intelligence gathering efforts of the Islamic Republic of Iran, a nation with a long record of involvement in, and support for, terror attacks against Jewish and Israeli institutions,” said Jonathan Greenblatt, ADL CEO and National Director. “Cooperation among law enforcement and the people and communities they serve is essential to safeguarding us from extremism and terrorism. We deeply appreciate the Bureau’s commitment to that principle.”

Iran has a long history of targeting Jewish institutions. In July, an Argentine federal judge investigating the 1994 Buenos Aires AMIA Jewish center bombing asked Russian officials to arrest a high-level Iranian adviser to the country’s supreme leader in connection with the attack. The bombing killed 85 and injured hundreds.

Iran also is believed to be behind the 1992 car bombing that destroyed the Israeli Embassy in Buenos Aires, killing 29 and injuring 242.