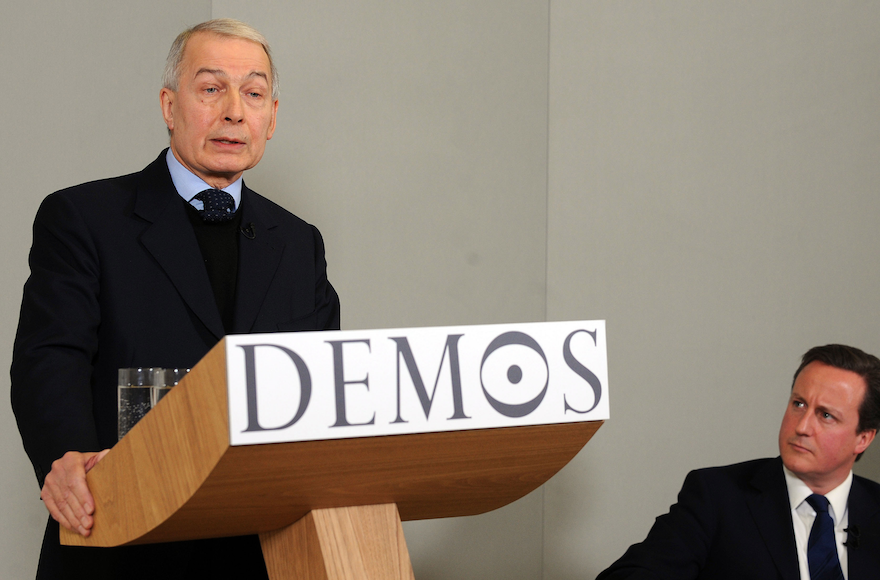 (JTA) — A veteran lawmaker of Britain’s Labour Party resigned from Parliament, saying the party’s leadership is becoming “a force for anti-Semitism in British politics.”

Frank Field, the Labour whip — he was charged with maintaining parliamentary discipline among the party’s members — is the most senior Labour member to resign over the party’s ballooning anti-Semitism problem. But he will not leave the party, BCC reported.

Field is not Jewish.

Accusations of anti-Semitism have dogged Labour, once British Jewry’s political home, since 2015, when Jeremy Corbyn, a far-left member of the party, was elected its leader and thousands of his supporters joined its ranks.

A party spokesman said that “Jeremy Corbyn thanks Frank Field for his service to the Labour Party.”

Following Corbyn’s election, anti-Semitic discourse, often concerning Israel, began to proliferate in Labour’s ranks. Corbyn’s promises to stamp it out have failed to mollify critics, including representatives of British Jewry, who accused him of failing to act decisively against purveyors of hate speech.

In recent months, the British media have published a number of articles implicating Corbyn personally in allegedly anti-Semitic discourse or anti-Israel vitriol. Earlier this year, a blogger showed that Corbyn, who had promoted a blanket boycott of Israel as late as 2013 but has since said he supports boycotting only its settlements, went on Facebook in 2013 to defend an anti-Semitic mural.