Head of Breaking the Silence detained by Israel in West Bank 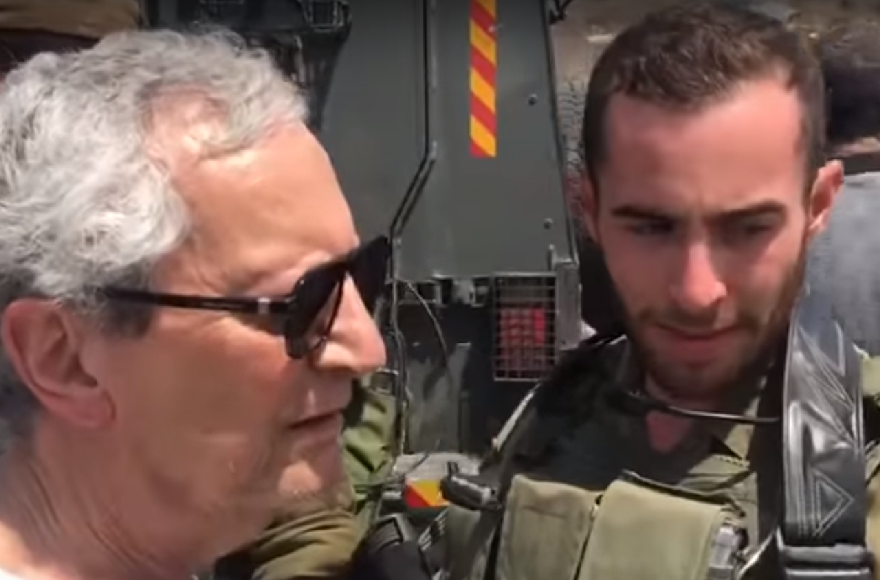 (JTA) — The executive director of Breaking the Silence was detained by Israeli Border Police Friday along with two other activists.

The arrested activists — Avner Gvaryahu, the group’s executive director; Achiya Shatz, its communications director; and human rights attorney Michael Sfard — were detained next to a settlement outpost in the southern West Bank, near Hebron, according to Haaretz. They were released after three hours of questioning.

Breaking the Silence is a group of Israeli combat veterans who oppose Israel’s occupation of the West Bank. The group is controversial in Israel, and Israel’s right-wing government has made efforts to limit its activity. Most recently, Israel passed a law barring activists from the group and others like it from entering schools.

The activists were in the West Bank, where Border Police detained the activists for illegally entering a closed military zone, but Haaretz reported that the area was closed specifically to prevent a Breaking the Silence tour there, and that settlers regularly enter such zones without facing arrest.

Left-wing activists from another group were allegedly attacked by settlers in the same area last week.

In a Facebook post, Breaking the Silence said the detentions were “directly connected to the settler violence we have experienced in recent months, and the total capitulation of [Israeli] security forces to that phenomenon.” The group added that the detentions “should concern any citizen who desires democracy in Israel.”

Liberal groups in Israel and abroad condemned the incident. Daniel Sokatch, CEO of the New Israel Fund, which funds Breaking the Silence and a range of left-wing Israeli groups, criticized the Israeli government for “endangering the physical safety of citizens who stand up for human rights.” T’ruah, a liberal rabbinic human rights group that partners with Breaking the Silence, called for an investigation into the detentions.

Also on Friday, a Jerusalem Magistrate’s Court ordered an art gallery to close after hosting a lecture by Breaking the Silence last year, according to Haaretz. The city, which owns the gallery space, as well as Israeli Culture Minister Miri Regev, had sought to close the gallery following the lecture.