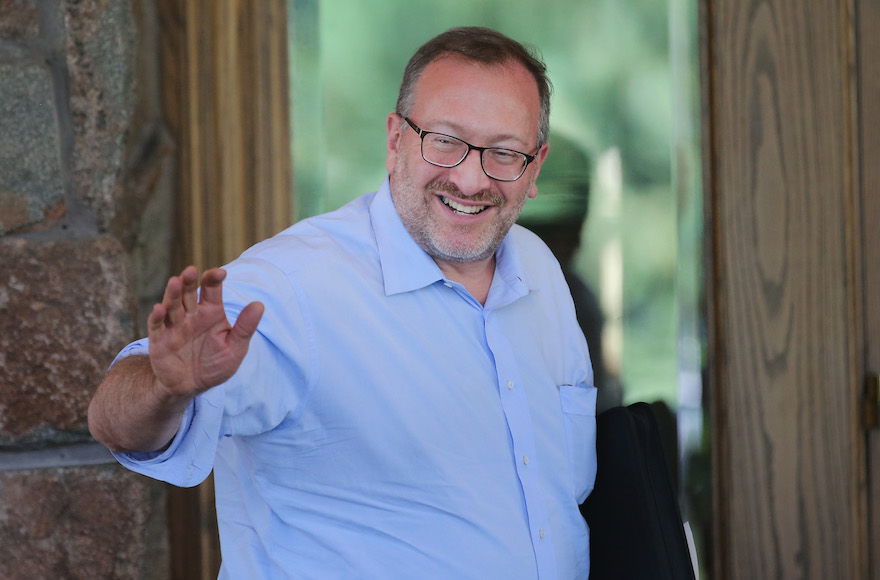 (JTA) — One of the largest donors to the Republican Party in New England is calling on voters to support Democratic candidates in the upcoming elections — and Seth Klarman put his money where his mouth is.

Klarman, a registered Independent who stresses that “I’m not a Democrat,” told New York Times columnist Bari Weiss on Saturday that he has donated $4.9 million this year to nearly 150 candidates, most running as Democrats. He said that by Election Day in November he will have spent $18 million to $20 million on Democratic candidates.

“We need to turn the House and Senate as a check on Donald Trump and his runaway presidency,” Klarman said.

Speaking of his planned donations to Democratic candidates, he said “I’m stretching far beyond what I usually do.”

Among the Democrats to whom he has donated in this election cycle: Massachusetts Rep. Joe Kennedy III; Texas Senate candidate Rep. Beto O’Rourke; and New York Sen. Kirsten Gillibrand, a potential presidential candidate.

Klarman donated more than $2.9 million to Republicans in the 2016 election cycle, according to The Times.

He told Weiss that he “has been alarmed by Republican attempts at voter suppression, and by a president who demonizes immigrants and suggests that Muslims, Hispanics and blacks are second-class citizens.” Klarman also said he feels “betrayed” by “spineless” Republicans who have, with rare exceptions, been “profiles in cowardice.”

The Klarman Family Foundation, which he runs with his wife, has some $700 million in total assets and gave away approximately $40 million in 2016 with a focus on pro-democracy initiatives, including supporting organizations that protect journalists, combat bigotry and defend LGBT rights. He is also a major investor in The Times of Israel news site.

Meanwhile, billionaire philanthropist Leslie Wexner announced at a leadership summit in Columbus, Ohio, on Thursday that “I’m no longer a Republican” and will no longer support the party.

He is telling his friends in elective office that he is now an Independent, the Columbus Dispatch reported.

Wexner made the announcement at an event sponsored by the Columbus Partnership, the group of central Ohio’s most influential business leaders that Wexner chairs, and YPO (formerly Young Presidents’ Organization), a group of under-45 business leaders.

Wexner, who donates generously to Jewish causes and according to Forbes is the wealthiest man in Ohio, is the CEO of L Brands, which owns Victoria’s Secret and Bath & Body Works.

He made his announcement after former President Barack Obama, a Democrat, visited Columbus before heading to a rally in Cleveland in support of Democratic gubernatorial candidate Richard Corday.

“I was struck by the genuineness of the man; his candor, humility and empathy for others,” Wexner said of Obama.

Wexner told his employees in a speech last year following the white nationalist and far-right rally in Charlottesville, Virginia, that left one counterprotester dead that he felt “dirty” and “ashamed” by Trump’s response. He also said he couldn’t sleep because of the incident, telling himself that “I have to do something because the leader of our country is behaving poorly.”

In the last year, Wexner and his wife, Abby, have donated to initiatives that foster bipartisan civility, as well as contributed $2.8 million to With Honor, a political action committee that supports military veterans from both parties who are running for office.

In 2012, he gave $250,000 to a super PAC backing Mitt Romney’s presidential campaign. Four years later, the Wexners donated more than $2 million to candidates, including a $500,000 contribution in support of Jeb Bush for president. 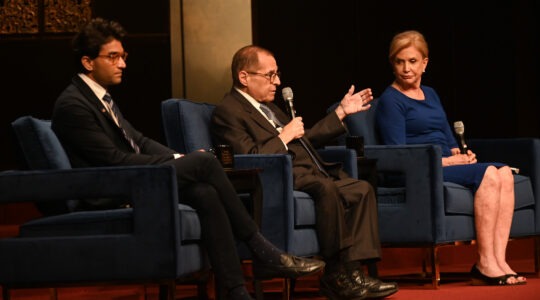