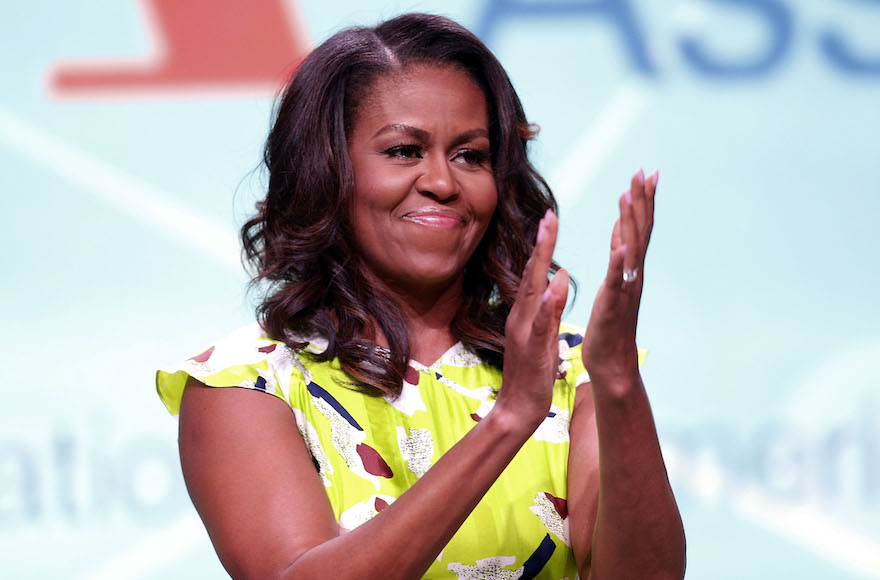 (JTA) — Michelle Obama officiated at the wedding of a Jewish couple under a traditional Jewish wedding canopy, or chuppah.

The former first lady’s involvement in the wedding of Stephanie Moelis Rivkin and Joel Sircus on Sept. 22 on the banks of Lake Michigan was first reported by TMZ on Sunday. Rivkin is the daughter of Chicago’s deputy mayor, Robert Rivkin.

The New York Times announcement of the wedding lists the couple’s friend Robert Dresser as the ceremony officiant, the Forward reported. However, the bride’s cousin Tina Newman posted a video of the ceremony on Instagram showing Obama officiating.

Obama in November will go on a 10-city book tour to promote her memoir, “Becoming.”