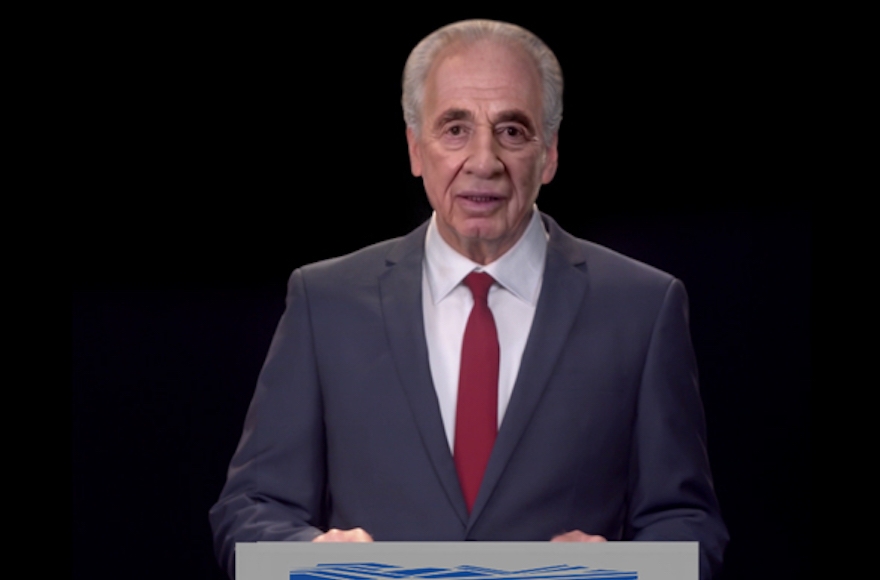 (The Peres Center for Peace and Innovation)
Advertisement

JERUSALEM (JTA) — A hologram of Shimon Peres, the late Israeli president, read from his “spiritual will” at the Israel Innovation Summit.

The summit opened Thursday in Tel Aviv and has attracted some 1,000 entrepreneurs, researchers and managers from at least 15 countries. Among those on hand are the vice president of China, and senior executives of Google, Facebook and Alibaba.

As part of the summit, the Israeli Innovation Center at the Peres Center for Peace and Innovation was launched and inaugurated.

“My vision” for the center, the Peres hologram said, “is to serve as a window to the future. A place for dreams. A place that expresses the desire to leave the next generation with a better and brighter future.”

Peres prepared the text before his death two years ago.

Jack Ma, founder of the Chinese internet giant Alibaba, said in an address to the conference that “After four days in Israel we learned two things: innovation and chutzpah, the courage to challenge. In Israel innovation is everywhere. It is so natural.”

Ma went on to say: “In Israel, if you have a brain and heart, you can make anything possible. … Israel is the country that knows that the most precious resource in the world is not oil, not gas, but the human brain.

The summit, which was hosted by Prime Minister Benjamin Netanyahu to mark “70 Years of Israeli Tradition and Innovation,” is presenting pioneering Israeli technological innovations and Israel’s contribution to dealing with the challenges of the future in health, nutrition, agriculture, cyber and sustainability.