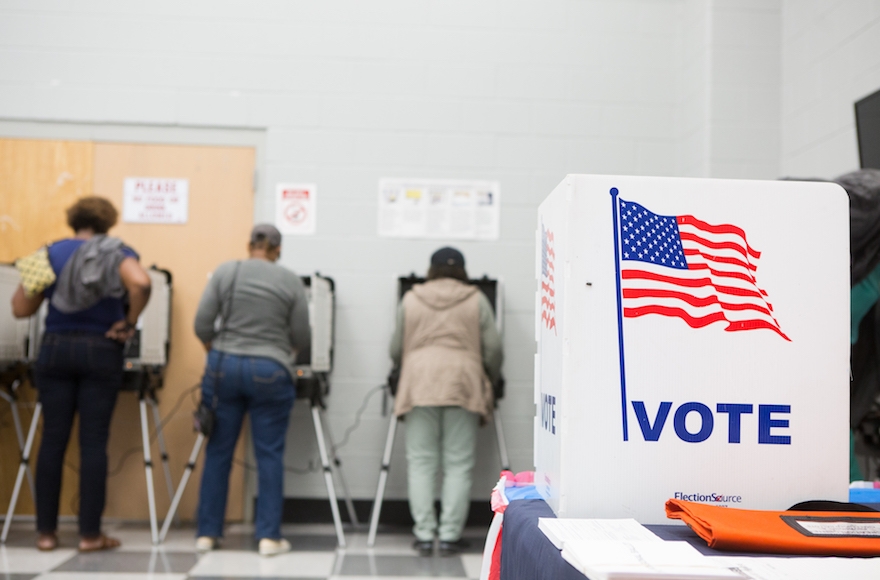 WASHINGTON (JTA) — Get out the vote: It’s a biennial ritual for Jewish groups. But not for humans, for ideas — the state and local ballot initiatives that rarely get the level of attention that rock ’em sock ’em candidate battles do.

This year is different, organizers are saying. They are crediting President Donald Trump’s 2016 election for elevating Jewish community interest in an array of propositions that include rolling back bans on felons voting in Florida, preserving rights for transgender people in Massachusetts and reducing penalties for illicit drug use in Ohio.

Officials do not attribute the enthusiasm directly to Trump — endorsing or opposing candidates is a no-no for nonprofits. However, they say the forces that his election and policies have unleashed on the right are galvanizing activists among liberal Jewish groups to counter his agenda with ballot initiatives.

Jewish groups have endorsed dozens of ballot propositions across the 50 states — the National Council of Jewish Women has advised votes on 26 alone. In a number of cases, Jewish groups have taken the lead in compiling the signatures needed to get an issue on the ballot and in staffing phone banks. Organizers say they have not seen volunteer turnout at this level for years.

“Generally, we have heard tremendous enthusiasm across our movement among people who are eager to engage in social justice,” said Barbara Weinstein, the assistant director of the Reform movement’s Religious Action Center.

Weinstein traced some of the enthusiasm to The Urgency of Now initiative her organization launched in 2017 — and which had three pillars, two of which directly addressed Trump administration restrictions on LGBTQ rights and on immigration. (The third, criminal justice reform, has a degree of bipartisan support.) She also said a problem that predates Trump, congressional deadlock, has spurred activists to take action on the state and local level.

Abby Levine, the director of the Jewish Social Justice Roundtable, an umbrella for 57 Jewish groups, said some of the policy shifts since Trump’s election have felt like an assault on the values cherished by liberal Jews.

“The world as it is is not living up to many Jewish values,” Levine said. “And it is related to two years of our political society.”

Faith Williams, the NCJW’s senior manager for government relations, said Trump’s defense of Brett Kavanaugh, the Supreme Court justice accused of sexual assault, motivated many Jewish women. As he did in several high-profile cases of alleged sexual harassment, Trump was seen to side with the accused and belittle the accuser.

“There’s been a sense of wanting to speak out more loudly for our progressive ideals,” Williams said. “The Kavanaugh nomination and the way it felt to many women, it’s such a blow and a defeat it galvanized a lot of voters before the election.”

Weinstein said congregations that had disbanded social justice committees are re-establishing them.

“People see that many of these issues are coming to pivotal points where we can’t just care about them,” she said.

The Jewish Council for Public Affairs, the umbrella body for Jewish public policy groups, published a guide on engaging candidates and voters (much of it consisting of the legal niceties of maintaining neutral nonprofit status).

“There is unquestionably more energy being devoted to these recent elections than there has been in recent memory,” he said.

Here are four ballot initiatives where Jewish groups have taken the lead:

Conservative Christians want to roll back the broad protections for transgender people embodied in a 2016 law, including the right to use the locker or bathroom of one’s gender identity.

State Jewish groups, including Keshet, an LGBTQ rights organization, and the Jewish Alliance for Law and Social Action have taken the lead in the “Yes on 3” campaign. (The “Yes” is to keeping the law as is.) National groups embracing the campaign include Reform’s Reform Action Center and the Anti-Defamation League.

“The Jewish community has been all in on this,” said Jeremy Burton, the director of the Jewish Community Relations Council of Greater Boston, which has endorsed Yes on 3.

State branches of the National Council of Jewish Women, the Religious Action Center, Join for Justice and the ADL are drumming up for votes for the measure, which would extend voting rights to felons.

Carol Brick-Turin, the director of the Greater Miami JCRC, which is neutral on this issue, said that JCRC constituent groups have been working hard to get Jewish voters to vote to approve it. 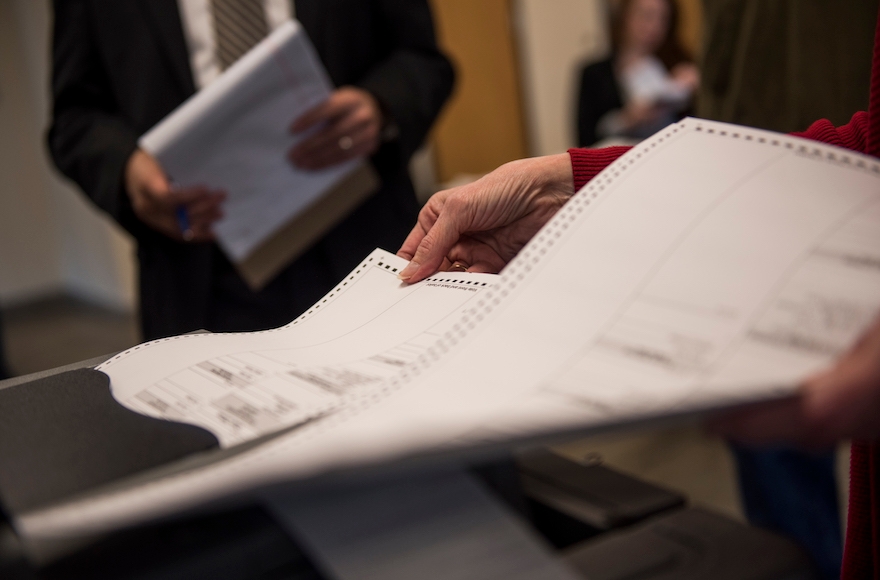 “The Jewish initiatives I’ve seen are in support of the amendment,” Brick-Turin said.

There are as many as 1.5 million former felons who cannot vote in Florida, a substantive portion of them minorities who likely would vote Democratic in what has been a swing state. Polling for the proposition suggests it has well above the minimum 60 percent support required for passage.

“It’s long past due that we allow formerly incarcerated people to have the right to vote,” he said.

The National Council of Jewish Women and the Religious Action Center are following the lead of their local chapters in backing Issue 1, which would reduce possession of drugs from a felony to a misdemeanor.

Issue 1 “dovetails with economic issues that are longtime priorities for the Reform movement,” the RAC’s Weinstein said. “Drug rehabilitation relates to incarceration and racial justice.”

This proposition was brought to the ballot by opponents of a recent state law that would expand eligibility for school vouchers from disabled students and those from poorly performing schools to all students.

This is a rare instance this election cycle of Jewish organizations being on the opposite side of an initiative. Opponents of school vouchers are asked to vote “no” and supporters will vote “yes.”

Agudath Israel of America, the umbrella for haredi Orthodox groups, supports the use of vouchers for religious schools and is asking voters to vote “yes.” The National Council of Jewish Women is telling its followers to vote “no.”

And a bonus ballot not related to Trump:

Californians put this initiative on the ballot because they say keeping daylight saving time would save energy and see a decline in the deleterious health effects of “springing forward.” (Yes, this is a thing.) If it passes, Congress would have to approve the change. A similar law passed recently in Florida is awaiting congressional approval.

Agudath Israel of America opposes the initiative because it would get kids walking to school in the dark, which could pose risks, and because of what it would do to Jewish prayer services, which are scheduled according to sunrise and sunset.

“Having later sunrise could pose a conflict between prayer and work, and impose a hardship on Orthodox individuals,” said A.D. Motzen, who oversees Agudah’s state government relations.