Jewish schools grapple with a question: How do you turn a kid into a mensch? 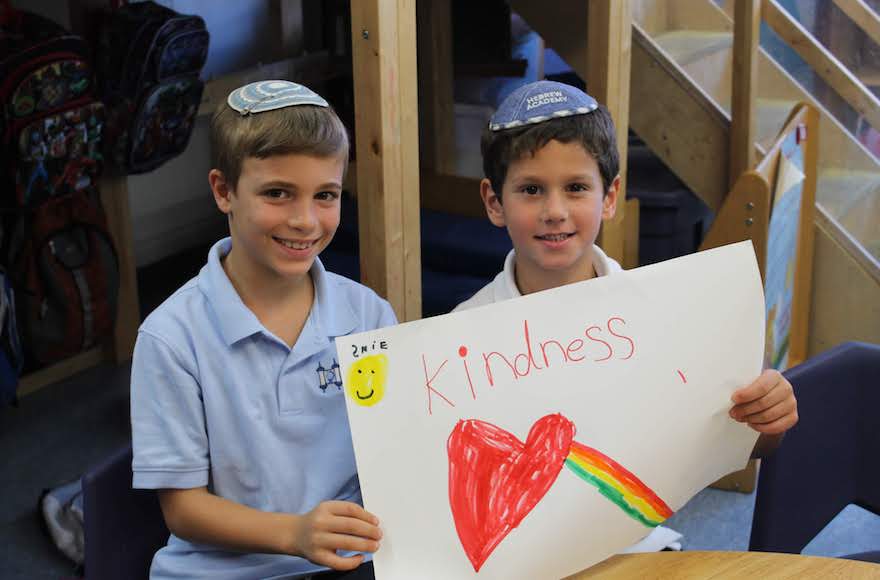 When Rabbi David Jaffe decided to launch a program of character development at the pluralist Jewish high school where he worked as the spiritual adviser, he grappled with a challenge faced not just by teachers but by Jewish parents.

How do you turn a kid into a mensch?

In psychological terms, being a mensch equates to having well-developed social and emotional skills, like empathy and self-regulation. In a Jewish context, it’s about fostering emotional intelligence that can be expressed through actions that embody Jewish values, especially as they relate to how to treat one’s fellow.

So Jaffe encouraged students at his school, GANN Academy outside of Boston, to identify a specific skill each month and come up with specific ways to work on it. Someone who spoke up a lot in class, for example, might practice letting three others speak before them.

Groups of students would meet regularly to discuss the traits they were working on. Every student had a partner with whom they would check in regularly about their progress, and students were encouraged to maintain a journal of their experience.

Faculty members participated in the program, too, to convey the sense that there was institutional integrity behind the effort.

“The last piece is for students to see that this isn’t just another thing that adults are telling them that they should do,” said Jaffe, GANN’s former mashgiach ruchani, or spiritual adviser. “They’re seeing adults doing this also. That does something to the young person’s mind and how seriously they take it. That makes it more real for them.”

A growing number of Jewish day schools are seeking ways to build programs and school cultures that encourage menschlichkeit — the Yiddish term for exhibiting the qualities of a mensch, or a decent person. Using a variety of materials, including off-the-shelf curricula, the effort draws not only from Jewish ethical sources but from contemporary psychology.

That includes social-emotional learning, a 20-year-old field that deals with the development of basic emotional skills that individuals need to get along in life, said Maurice Elias, who teaches psychology and Jewish studies at Rutgers University and is considered one of the leading researchers in the field.

“When we say somebody is a mensch, it is a shorthand term for saying that this is somebody that has these social and emotional skills. You can almost think of a mensch as like a social genius. A mensch is a person who has such empathy and understanding of other people that they will help you without you even asking for it.”

Social geniuses aren’t necessarily born, according to Elias, but can be made through the acquisition of a specific set of teachable skills.

At the Hebrew Academy in Miami Beach, an Orthodox school with over 600 students from early childhood through 12th grade, two school psychologists make regular visits to classrooms to teach about positive character traits like gratitude, self-control and honesty. The school uses commercial programs like Cloud 9, a character development curriculum, while also seeking to refract those lessons through a Jewish lens. Sessions about kindness and gratitude will refer to those traits by their Hebrew names and include the study of relevant Jewish sources and texts.

“With character education in general, the biggest indicator of success is modeling,” said Reena Rabovsky, the elementary school psychologist at the Hebrew Academy. “Educators showing how to be a mensch. That’s really the most powerful way.”

At the Solomon Schechter School of Manhattan, educators are teaching menschlichkeit through a program called Second Step, which teaches students how to manage difficult emotions like anger or impatience though a set of lesson plans, videos and role-playing exercises. Some Schechter teachers also have been trained in another social-emotional approach known as Responsive Classroom, which offers workshops on creating a school environment that is warm and welcoming. 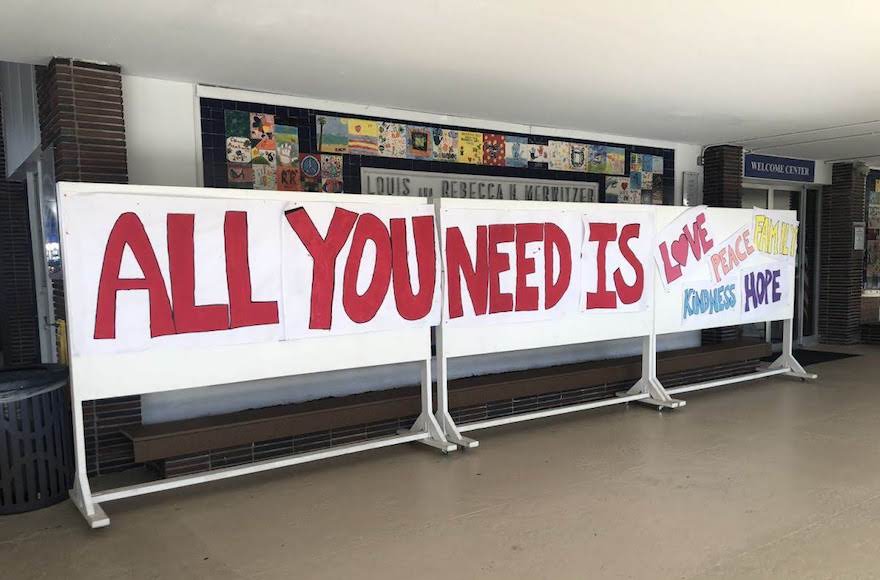 “With character education in general, the biggest indicator of success is modeling,” says Reena Rabovsky, the elementary school psychologist at the Hebrew Academy in Miami Beach. “Educators showing how to be a mensch.” (Hebrew Academy)

Benjamin Mann, Schechter’s head of school, calls menschlichkeit “one of the pillars of our school,” but cautions that discrete curricular elements are only a piece of the puzzle.

“I think the thing that makes the difference is the daily interactions,” Mann said. “In everything that we say and do, we set a moral tone to our school life.”

That approach comports with the findings of researchers who stress that skills development alone isn’t enough. The effort to promote decent and ethical behavior has to infuse every part of school life.

“There is an increasing appreciation that the conversation around promoting menschlichkeit has to intersect with bigger questions about how education takes place in the school, how the school defines its values, how its personnel relate to one another,” said Jeffrey Kress, a psychologist and Bernard Heller Professor of Jewish Education at the Jewish Theological Seminary.

“When I was first in the field, there was a more simplistic approach — all you need is a good curriculum or list of values,” Kress said. “That’s part of the picture, but it’s ultimately not sufficient. My sense is schools are moving toward an understanding of the need for a multicomponent approach to promoting menschlichkeit.”

A 2014 study Kress conducted of GANN’s program found that it had been successful in this regard by combining text study with specific practices, journaling and group support. Kress also found that the program terminology — based on the teachings of the 19th-century Musar movement, which stressed the development of various virtues (middot, in Hebrew) as the key to a meaningful and ethical life — was employed broadly across the school, in classrooms, student interactions, assemblies, and even in faculty assessments and professional development.

But measuring the success of such programs where it ultimately matters — in affecting behavior — isn’t always straightforward. The Kress study found broad satisfaction among program participants, but didn’t seek to objectively assess whether student behavior had actually improved. Elias has co-authored a book about integrating social and emotional development into school report cards, “The Other Side of the Report Card: Assessing Students’ Social, Emotional, and Character Development.”

Many educators say the effort to teach menschlichkeit is working, even if its success is hard to measure quantifiably.

At Schechter, Mann says he can see the effects when he attends student exhibitions and views how presenters are given feedback and constructive questions by their peers.

“I feel it’s a great moment when I go to those student exhibitions and I hear students asking those questions in such successful ways,” Mann said. “I feel very successful in our efforts to create a culture of menschlichkeit in the school because I can see the students integrating those ideals into their behavior.”