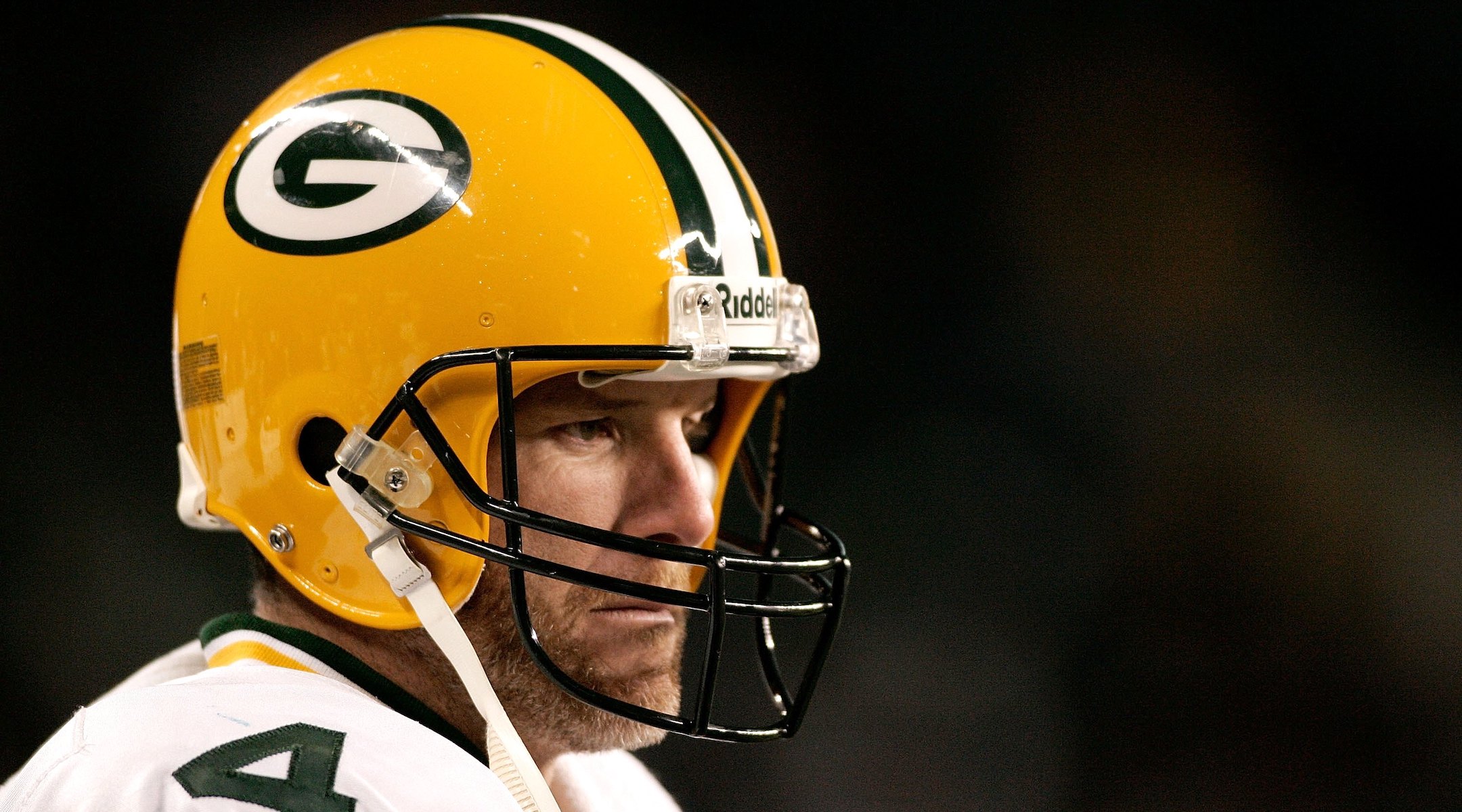 Brett Favre as quarterback of the Green Bay Packers on the sidelines in a game against the Seattle Seahawks at Qwest Field in Seattle, Nov. 27, 2006. (Jonathan Ferrey/Getty Images)
Advertisement

The group behind the videos calls itself the GDL, or Goyim Defense League, using the Hebrew word for non-Jews, BuzzFeed News first reported. It is a play on the ADL, or Anti-Defamation League, a Jewish defense organization.

The videos were made using Cameo, where users can pay to have celebrities record a personalized message for them. Cameo has become a platform used by the far right to legitimize hate messages, according to BuzzFeed.

Favre, actor Andy Dick and rapper Soulja Boy recorded messages at the request of the GDL, according to reports.

Favre makes $500 for each Cameo video, and has recorded more than 50 since it went online in April. The person booking the Cameo submits instructions with what the celebrity is supposed to say.

BuzzFeed published the text of the message but not the video so it would not go viral.

“Brett Favre here with a shoutout to the Handsome Truth and the GDL boys,” Favre said in a 30-second message on the video. “You guys are patriots in my eyes. So keep waking them up and don’t let the small get you down. Keep fighting too and don’t ever forget the USS Liberty and the men and women who died on that day. God bless and take care.”

The small refers to small hats, which is a slur for yarmulke. The USS Liberty is a U.S. vessel that was fired upon by Israeli forces during the Six-Day War in 1967 that Israel mistook for an Egyptian ship.

Favre said in a post on Facebook that he thought he was making a video in support of U.S. troops.

“Since I match service dogs with military veterans who have PTSD, I assumed that the request stemmed from my interest in veterans affairs and recorded the message,” he wrote.

“A few days later, I was distressed to learn that the request came from an anti-Semitic group that reposted my video with comments implying that I endorsed their mission. Nothing could be further from the truth.”

Favre said he donated his fee to charities fighting against hate and bigotry.

Cameo has removed the video, according to BuzzFeed, but copies remain on anti-Semitic message boards.