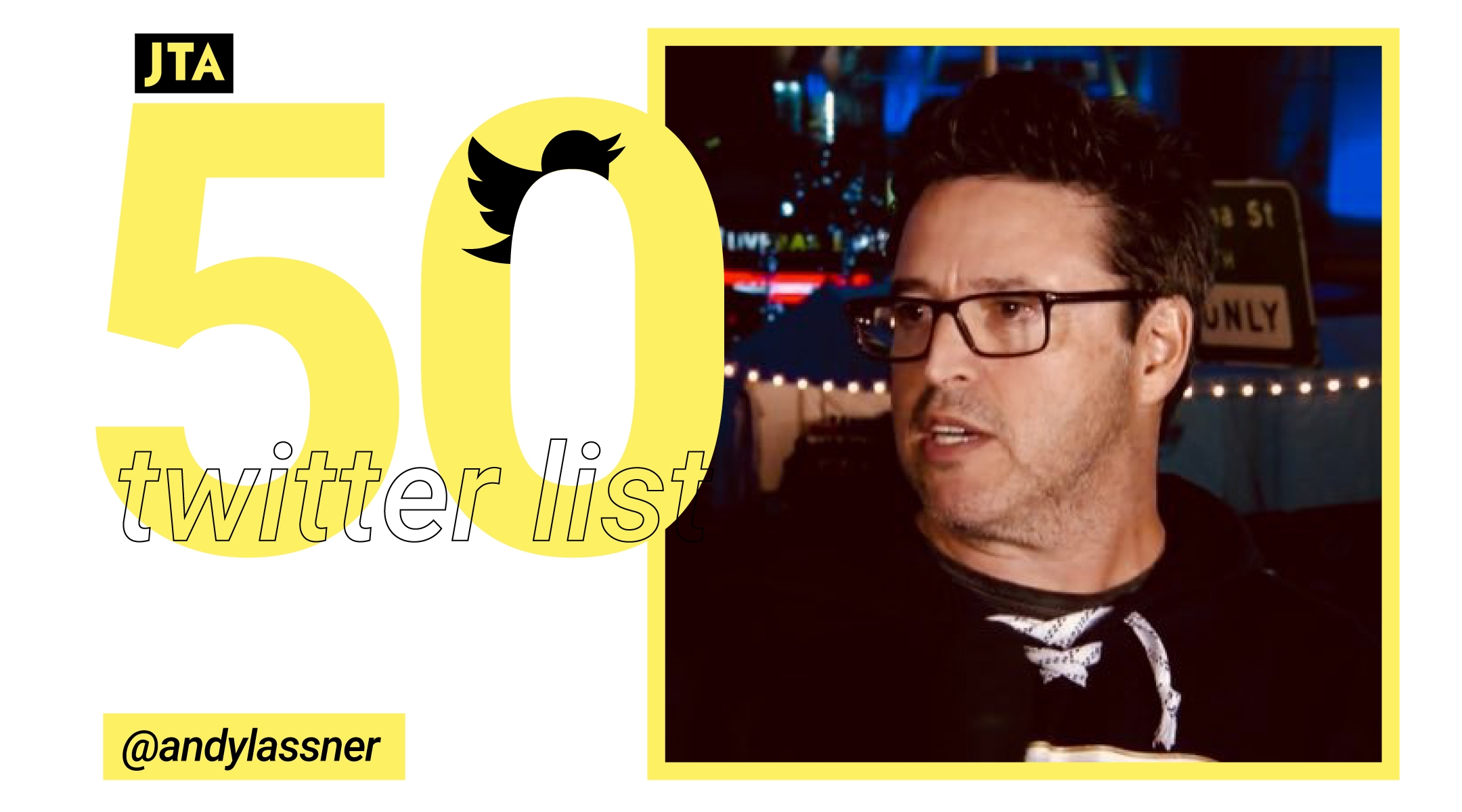 Andy Lassner’s boss is none other than Ellen DeGeneres, and he doesn’t shy away from posting cheeky selfies with the talk show host on Twitter.

I knew we could make it. pic.twitter.com/R9l5ZfaVaY

Though DeGeneres typically refrains from talking politics on her show, her executive producer isn’t afraid to debate the latest issues. Lassner doesn’t mince words when criticizing Trump or members of his administration: he has called the president a “schmuck,” his daughter Ivanka “a monster” and press secretary Sarah Sanders “a despicable person.”

“Oy,” he commented on the news that House Speaker Paul Ryan discovered he has Jewish ancestry.

He even engaged in a Twitter fight of sorts with the prominent Rabbi Shmuley Boteach.

But Lassner’s Jewish-related tweets aren’t all controversial. Sometimes he just makes fun of his Jewish mother and Jewish parochialism.

My skill, passed down to me by my mother, is the ability to tell if someone’s Jewish and to find the Jewish connection in any newsworthy event.

Mom: Ellen should talk to him about it

Me: I gotta go