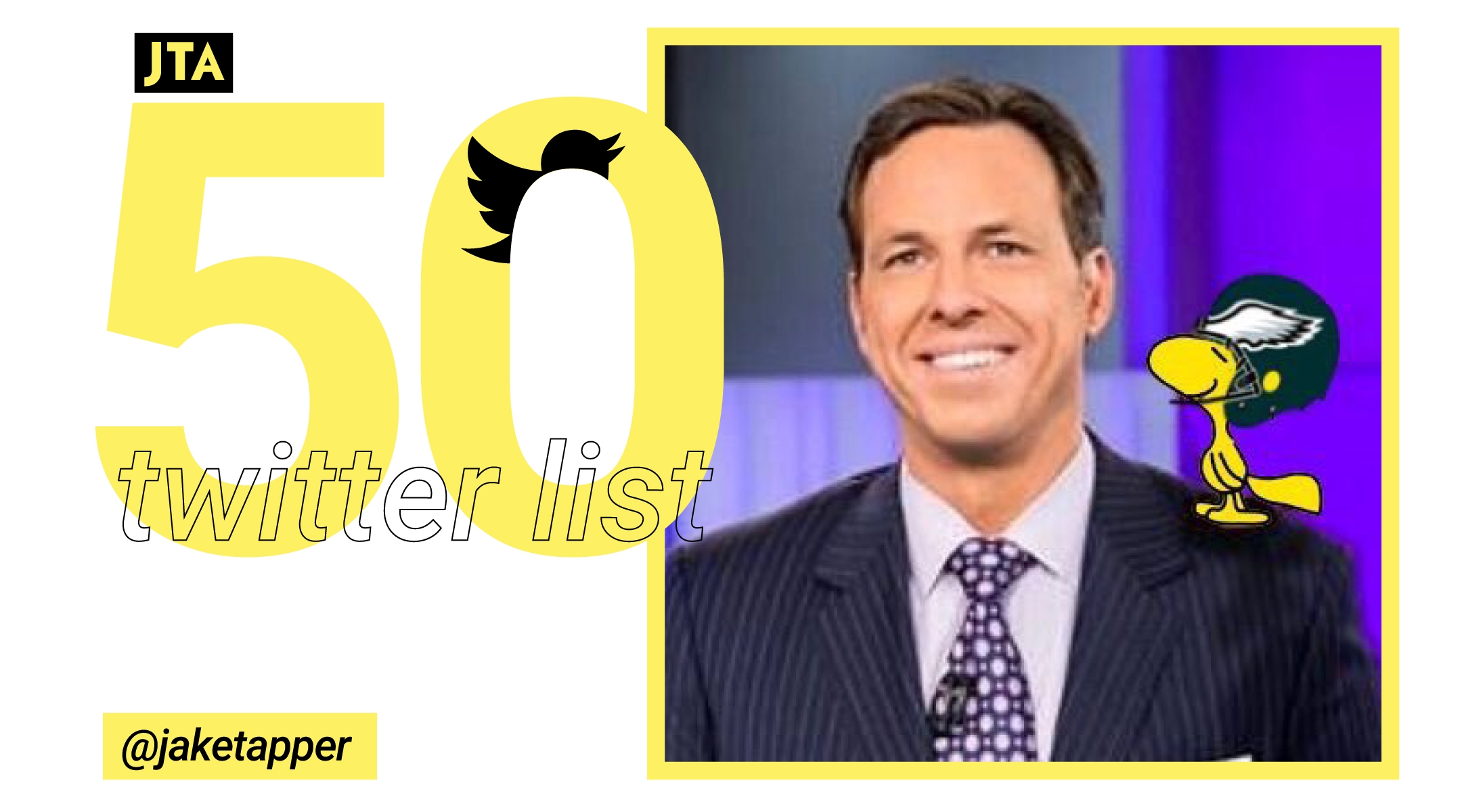 Jake Tapper anchors not one but two CNN flagship shows, and has nearly 2 million Twitter followers, so it’s safe to say he deeply influences political conversations on the platform.

In an age of extreme political polarization, Tapper has emerged as a leading moderate voice eager to point out hypocrisies on all sides. He notably pressed President Trump to disavow the support of former KKK leader and anti-Semite David Duke in 2016.

"I don't know anything about David Duke…I know nothing about white supremacists," Trump says.

He likes to engage with his Twitter followers, sometimes during commercial breaks, on the news of the day and other topics that engage him: his beloved Philadelphia Eagles, for one, his Jewish upbringing for another (he attended Philly’s Akiba Hebrew Academy). Defense of Israel is another recurring theme.

Citing @UNWatch, Israeli embassy says from 2012-2015, the UNGA adopted 97 resolutions criticizing countries; 83 of which (86%) were against Israel.

But Tapper also isn’t afraid to get his hands dirty and start scuffles. One of his more notable Twitter battles involved Women’s March co-founder and pro-Palestinian activist Linda Sarsour, when he called out Sarsour in 2017 for celebrating the birthday of Assata Shakur, a black militant convicted in the 1973 murder of a New Jersey state trooper. Sarsour associated Tapper with the “alt-right” – a bizarre association for a Jewish reporter.

Shakur is a cop-killer fugitive in Cuba. This, ugly sentiments from @lsarsour & @dykemarchchi …Any progressives out there condemning this? https://t.co/rXnHLgE2hR