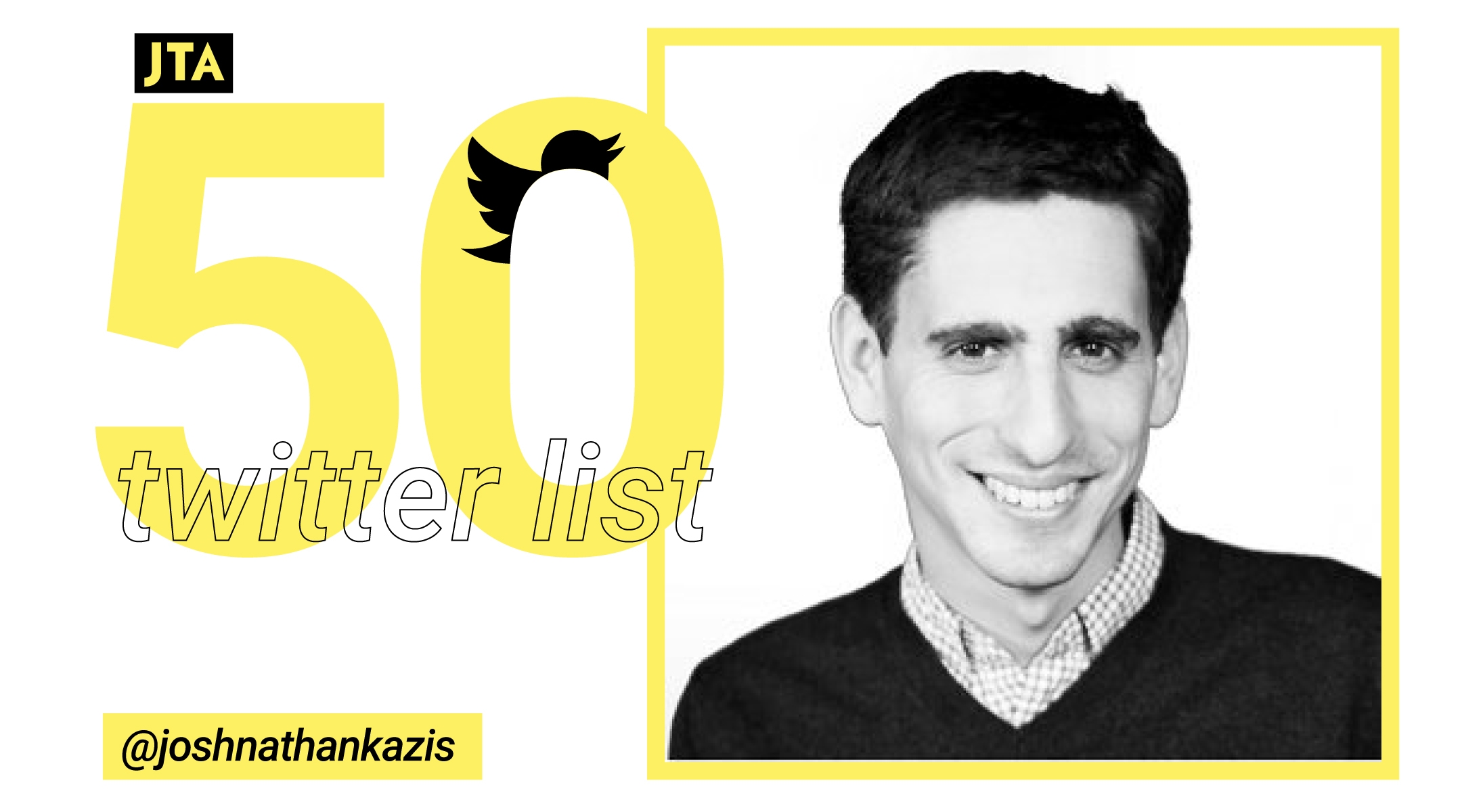 As one of the rare investigative reporters working in Jewish journalism today, Josh Nathan-Kazis trains his eye on the dark underbelly of the Jewish organizational world — a realm that otherwise gets little critical coverage.

Among the scoops that Nathan-Kazis, a staff writer at the Forward, revealed in 2018 included that two major Jewish charities had been bankrolling Canary Mission, an online blacklist targeting college students critical of Israel. (In short order, both organizations said they would no longer fund the anonymous group.)

He documented his efforts on Twitter along the way:

Nathan-Kazis manages to cover Jewish news in a way that is interesting, even relevant, to those outside the community. He widens the lens just so.

His Twitter feed provides updates to and background on his reporting, links to and commentary on the best Jewish stories on the web, and miscellany that alternately evokes nostalgia (he posts vintage photos, and his cover shot is the no-frills interior of Manhattan’s old H&H Bagels) or elicits a chuckle: