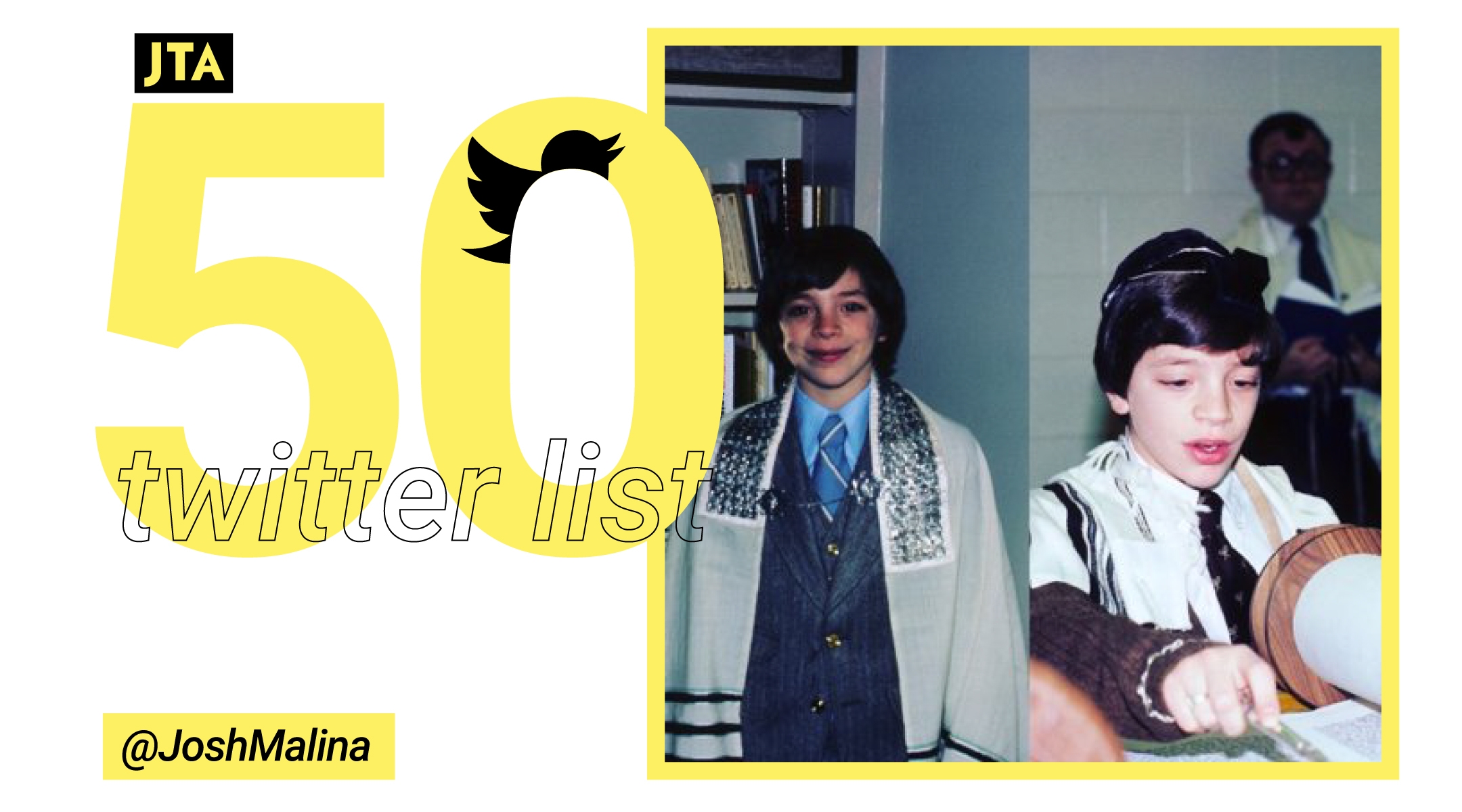 One of the first things you’ll notice about actor Josh Malina’s Twitter profile: the adorable photo from his bar mitzvah he uses as his profile pic. It’s a fitting humorous introduction, since he doesn’t keep his Judaism a secret, and his account is consistently one of the most entertaining Jewish feeds on Twitter.

The “The West Wing” and “Scandal” star tweets about most Jewish holidays and wishes his followers a weekly “Shabbat Shalom.” His tweets are full of dry humor, often of the Jewish dad-joke variety:

I say the “Modeh Ani” first thing every morning; that way every day is Thanksgiving.

My Pesach tweets bring all the Jews to the yard.

It’s not all light and funny, however. In addition to being known for his roles in political dramas, Malina often tweets about politics, frequently through a Jewish lens. Here he is poking British Labour leader Jeremy Corbyn, who has been accused of being anti-Semitic:

And here’s a take on the Birthright walkout protests from earlier this year:

I think it’s great to see young Jews who want a fuller picture. That said, they should probably reimburse the org for the money spent on their trip. https://t.co/9isF7W3enR

Malina also uses his Twitter for philanthropy. A frequent donor to Jewish causes, he has used Twitter to raise money for charities such as Mazon, “a national nonprofit working to end hunger among people of all faiths and backgrounds in the U.S. and Israel.” On his birthday in 2014, Malina declared that he would follow anyone who donated more than $18 (chai!) to the organization.

There's still a bit of time to donate to my bday campaign in support of @stophunger! $18 or more gets u a follow! http://t.co/d3jCod3m6N