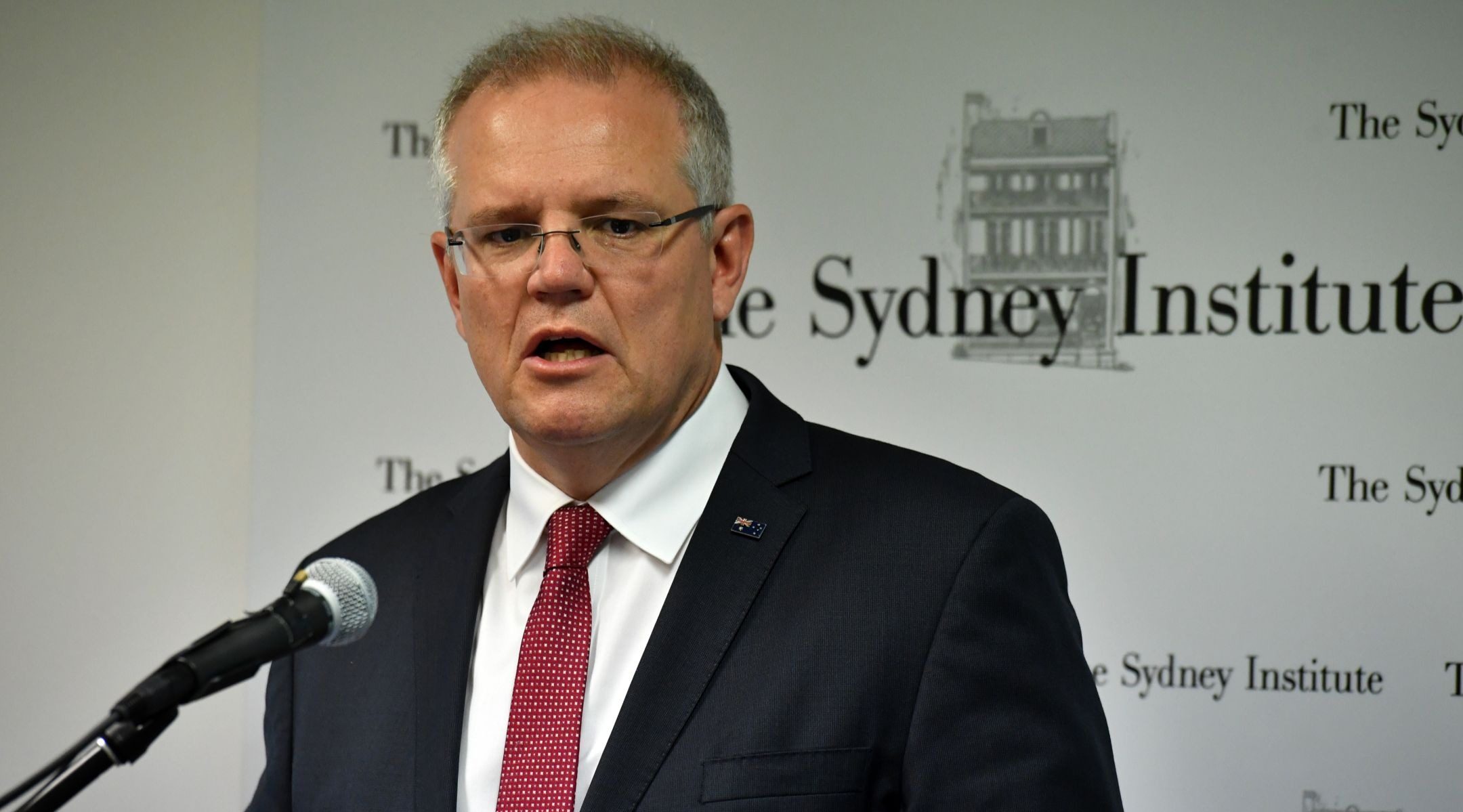 Australian Prime Minister Scott Morrison announces that his government will recognize West Jerusalem as Israel's capital during a speech at the Sydney Institute on Dec. 15, 2018. (Mick Tsikas-Pool/Getty Images)
Advertisement

SYDNEY (JTA) — Australia said it recognizes West Jerusalem as the capital of Israel and is now starting a search for a suitable site for a trade office within the city.

“We look forward to moving our Embassy to West Jerusalem when practical, in support of, and after the final status determination,” he said.

He reiterated Australia’s support for a two-state solution and added that the Australian government also recognizes “the aspirations of the Palestinian people for a future state with its capital in East Jerusalem.”

In the same announcement, Morrison said he plans to open a Trade and Defense office in West Jerusalem. Australia-Israel trade is over $1.3 billion a year.

Saeb Erekat, a top advisor to Palestinian Authority President Mahmoud Abbas, called the announcement irresponsible and noted in a statement that “all of Jerusalem remains a final status issue for negotiations.”

Meanwwhile, Arab League Secretary-General Ahmed Aboul Gheit called on the Australian government “to correct its position and recognize the State of Palestine and its capital as East Jerusalem without delay. Thus, we will consider its position balanced.”

Australia’s opposition leader Bill Shorten accused Morrison of putting his political interest ahead of the national interest. The opposition has charged that Morrison took up the issue of Jerusalem in order to pick up a seat in a parliamentary by-election in Sydney’s Wentworth region, home to a large proportion of the city’s 60,000 Jews, in order to shore up his razor-thin majority.

The Executive Council of Australian Jewry in a statement praised the announcement as “a simple acknowledgement of a reality that has existed since 1950.”