How to tell if your child is traumatized by the Pittsburgh shooting, and what to do about it One of the most important responses in the wake of a traumatic incident like the Oct. 27 Pittsburgh shooting is for the community to come together, experts say. (Jeff Swensen/Getty Images)
Advertisement

This article is sponsored by Hadassah.

Within 24 hours of the shooting at the Tree of Life synagogue in Pittsburgh, Judith Cohen’s cellphone was ringing incessantly with offers of help from around the world.

A psychiatrist who specializes in the treatment of trauma and grief in children and adolescents, Cohen is one of the developers of Trauma-Focused Cognitive Behavioral Therapy, a therapeutic model that adapts the principles of cognitive behavioral therapy for victims of post-traumatic stress.

“It was not just thoughts and prayers, but practical stuff,” Cohen said of the telephone calls. “Literally within 24 hours I had tons of resources.”

For weeks after the shooting, Pittsburgh’s Jews were in shock, with many reporting fear of going to synagogue or displaying outward signs of Jewish identification. The fear and anxiety extended to children, too.

Trauma experts say these are normal responses in the wake of an event like the October 27 attack, which claimed 11 lives. Symptoms of trauma may include disturbance in sleep pattern, changes in appetite, loss of concentration, loss of interest in social activities and heightened anxiety.

“It’s obvious that you should allow for a certain kind of change for a certain period of time — days, sometimes a week or two,” said Professor Esti Galili-Weisstub, the head of Child and Adolescent Psychiatry at Hadassah Hospital in Jerusalem and an internationally recognized expert in trauma therapy. “But if it proceeds for three or four weeks — or if it doesn’t improve or if its extreme — that’s more alarming.”

That’s when professional intervention may be required, she said.

With its long history of deadly terrorism, Israel has become a global leader in treating trauma victims. Galili-Weisstub has been at the forefront of that effort, consulting with and training mental health professionals in the wake of disasters around the world, including after the 2017 earthquake near Mexico City, the 2004 East Asian tsunami in Sri Lanka, and the U.S. hurricanes in New Orleans and Houston.

Part of what Galili-Weisstub and her colleagues do in crisis situations is a kind of psychic triage, meeting with those affected in an effort to determine who is at maximum risk of a serious trauma reaction. They also provide training and support to local mental health professionals, who often are in a better position to respond to the particular needs of local communities.

One of the most important responses in the wake of a traumatic incident like Pittsburgh is for the community to come together, according to Galili-Weisstub. 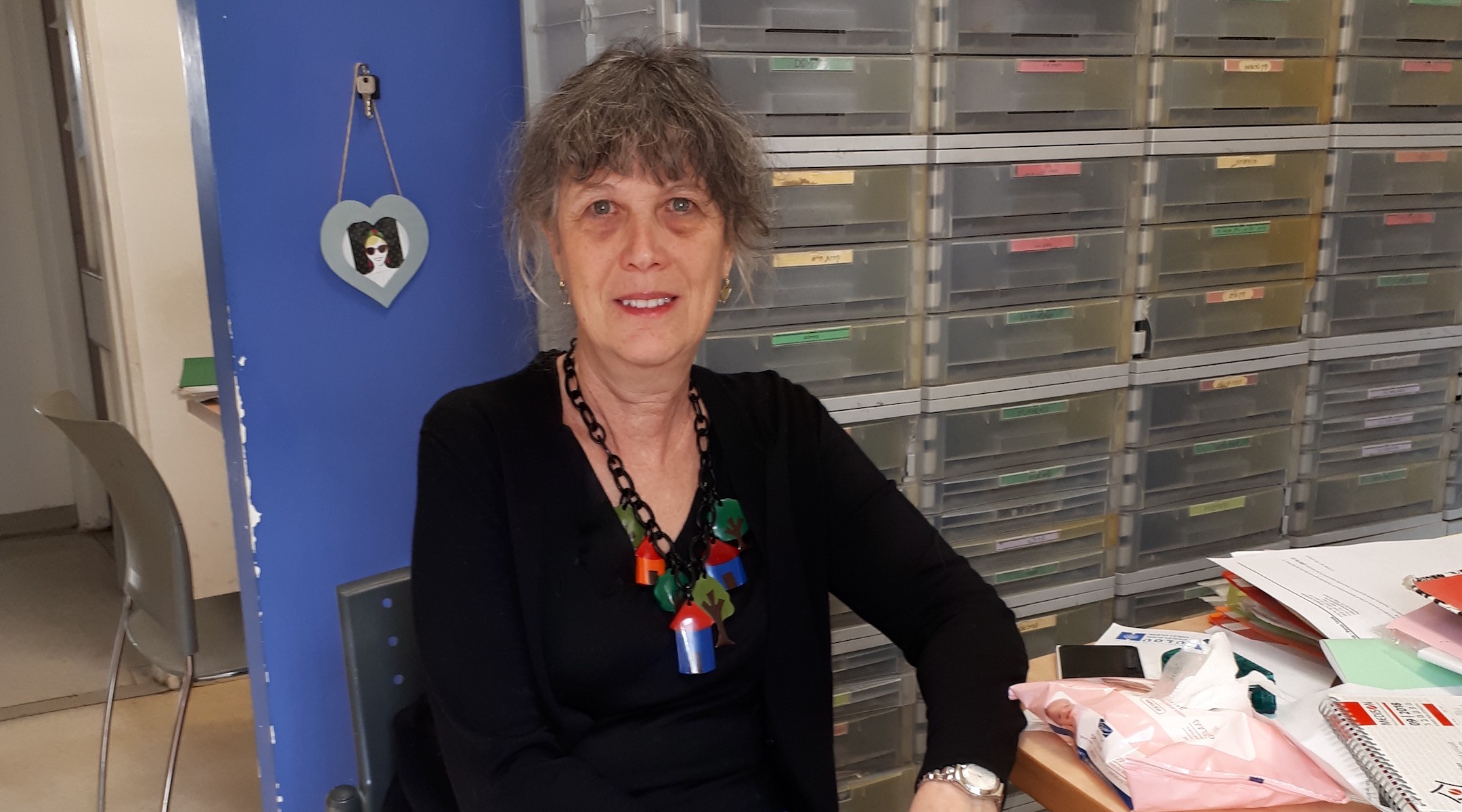 Professor Esti Galili-Weisstub, the head of Child and Adolescent Psychiatry at Hadassah Hospital in Jerusalem and an internationally recognized expert in trauma therapy, says children still feeling traumatized by the Pittsburgh attack are probably in need of professional intervention. (Courtesy of Hadassah)

“That’s our security blanket in a way: to meet with people and to talk,” she said. “We start with talking about the event, but eventually we do things together. That’s very important, because it does strengthen the community ties. Same goes with the family — to have a family dinner, to go have a day out, a picnic, to spend more time together is all very important because it is the support system.”

In cases of more serious trauma reactions, psychologists use a number of tools. One of the most widely applied is Trauma-Focused Cognitive Behavioral Therapy.

This approach proceeds through a number of steps, beginning with helping those affected gain awareness of what they’ve suffered and understand that trauma symptoms are reversible. Psychologists teach coping strategies for adverse emotional reactions and attempt to correct for cognitive distortions — false beliefs that result from the trauma, like the idea that one is weak or at serious risk. The final stage aims to recreate the narrative of the trauma in a person’s mind.

“In a person suffering from post-traumatic stress disorder, the traumatic event is still experienced,” said Dr. Fortu Benarroch, director of the clinic for pediatric traumatic stress at Hadassah. “It is not just a memory of something that happened in the past, but is something that they are experiencing and re-experiencing all the time. We want an internal process to be done in order that this experience will be encoded in a different way, in a way that will turn it into just another memory, just like any memory that we have of bad things that happened to us in the past.”

While children and adolescents directly connected to the Pittsburgh shooting may have suffered trauma most acutely, even children farther removed from the massacre may be traumatized, experts say.

Part of the professional response to a mass event like Pittsburgh is to reassure people that their feelings will subside in time. For young children especially, voices of adult reassurance are crucial because kids often pick up subtle messages from the media or close relations and ascribe meaning to those messages.

“Whether or not we talk to young children, young children try to give meaning to what they hear,” said Alicia Lieberman, a psychiatry professor at the University of California San Francisco and an expert in treating trauma in children. “And so it’s better for us to tell them, for example, ‘Mommy and daddy are upset because a very bad man hurt people and he shouldn’t have done that. And we are doing lots of things to keep everybody safe.’”

That kind of reassurance was one of the themes of the resource sheets prepared after Pittsburgh by the National Child Traumatic Stress Network, a federally funded effort to improve standards of care for children who experience trauma. The sheets included advice for parents, caregivers, and mental health professionals about responding to grief and trauma, recognizing signs of deeper mental disturbance, and reassuring parents that things will get better.

“Having trouble sleeping, feeling sad, angry, confused, having trouble paying attention, feeling numb or jumpy, not being able to get your mind off it — those kinds of things are pretty typical reactions,” said Cohen, who is a member of the network. “In this early stage, those are expected. It will take time to get back to normal before it’s considered pathology.”

“I think the core message is: Your kids are going to be OK,” Cohen said. “It takes time. It’s very difficult, but your kids are resilient and so are you.”