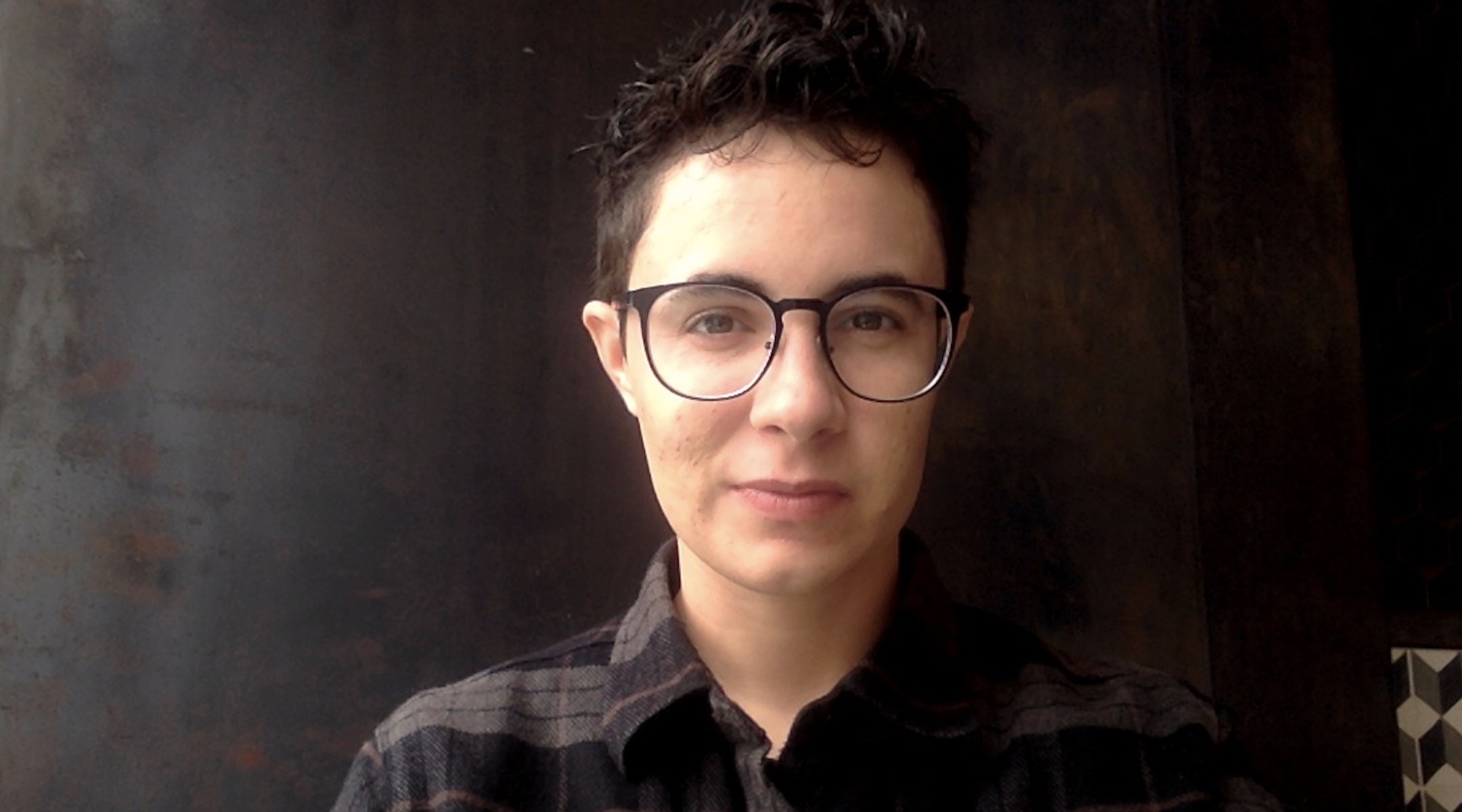 Havi Fisher: "It’s hard to feel like a burden instead of an asset.” (Courtesy of Fisher)
Advertisement

(JTA) — For a few years now, Havi Fisher has been taking college courses in his free time and studying to prepare himself for medical school. The 27-year-old hopes to either attend medical school as part of a program offered by the U.S. Navy, in which he’s currently serving, or at a school on his own.

Now it looks like one of those doors has closed.

That’s because Fisher, who enlisted four years ago and serves as a hospital corpsman on a ship stationed outside San Diego, is transgender.

In July 2017, President Donald Trump announced via Twitter that he was banning transgender people from serving in the military. He cited “tremendous medical costs and disruption” as the reasons for the move, which drew criticism from LGBTQ activists, civil rights organizations and some former military leaders.

The ban was put on hold amid challenges in courts across the country, but last week the U.S. Supreme Court allowed it to go into effect while the cases are being tried. So most transgender people are now excluded from serving in the military, though exceptions include service members who started their transition before the policy was announced.

According to his understanding of the policy, Fisher would be allowed to serve through the completion of his contract since he started transitioning prior to the policy. However, he says he would not be able to join the medical officer’s program that he had been seriously considering because he would be evaluated as a new enlistee.

“It’s difficult to try so hard to be the best that I can be at my job and be the best corpsman that I can be, and study in my off time, and take college courses, and do all the right things, and because of something that’s outside my control to have that kind of opportunity taken away,” Fisher told JTA in a phone interview Thursday. “It’s hard to feel like a burden instead of an asset.”

He also worries that there could be changes made to the policy that would not allow him to complete his term.

Fisher, a Reconstructionist Jew, came out as transgender two years ago. At the time he was stationed in a different location, and said it was a “mixed experience,” as people there were not familiar with the transition process. A year ago he moved to his current ship, where he has received a more positive response.

“I’ve had nothing but support both from chain of command and from my work center,” he said. “I was really fortunate to end up where I’m at now.”

Fisher recalls his shock upon hearing about the ban in 2017.

“I remember coming out of a training that I had been doing, and someone who knew me but that I hadn’t come out to yet said, ‘Hey did you hear about what just happened?’ I just remember freezing and not being able to think or move because it was really hard,” he recalled.

Fisher tries not to let those feelings distract him from work.

“It’s something I have to compartmentalize because I have a job to do, and a job that I try to do to the best of my ability, to come in and help people and take care of all the sailors and marines that come to medical needing help,” he said.

Fisher, who recently signed on to help organize services and activities for Jews serving aboard his ship, says he has found solace in Judaism.

“A lot of my principles and who I am as a person and how I approach the world, it comes from being Jewish,” he said, “so a lot of how I even just at a fundamental level process dealing with the hard things in life in that way, it has been part of who I am and how I’ve been able to handle that.”

“I want to serve”

For another Jewish service member, who asked not to have his name used in this article to protect his privacy, joining the military meant putting himself back in the closet.

The 28-year-old captain serving in the Marines lived socially as a male during college. He went back to presenting as female when he enlisted seven years ago, since transgender people could not serve openly at the time.

The captain, who is based in the Washington, D.C.-area, comes from a military family and had wanted to serve ever since he could remember, but recalled family members and friends questioning whether it was worth having to put his transition on hold.

Things changed in June 2016 when Defense Secretary Ash Carter ended the longtime ban. After that, the captain, who identifies as a “Conservadox” Jew — a term used by some who straddle the Conservative and Orthodox movements — came out to his unit and started his transition.

“It was very liberating. It was very freeing,” he told JTA in a phone interview.

Though not everyone he works with knows that he is transgender, he says that those who know have been supportive.

But now things are up in the air again. He believes the policy won’t have an immediate effect on him since he has completed his gender transition.

On a day-to-day basis, the captain says his top priority is focusing on his work rather than reflecting on the ban.

“I’m in an environment where I’m operating and I need to focus on my mission,” he said.

Still, there are moments that are painful. During a trip to Israel after Trump had announced the ban, he recalled meeting with Ofer Erez, the first openly transgender person to become an Israeli army officer. Erez has received wide media coverage and has spoken about how the Israel Defense Forces paid for his transition.

“He’s a captain and I’m a captain, and he’s supported — and then you have me. I’m not envious or anything, but I was amazed to see how progressive the IDF was and how he was serving,” he said.