All the Jewish moments and ads from Super Bowl LIII 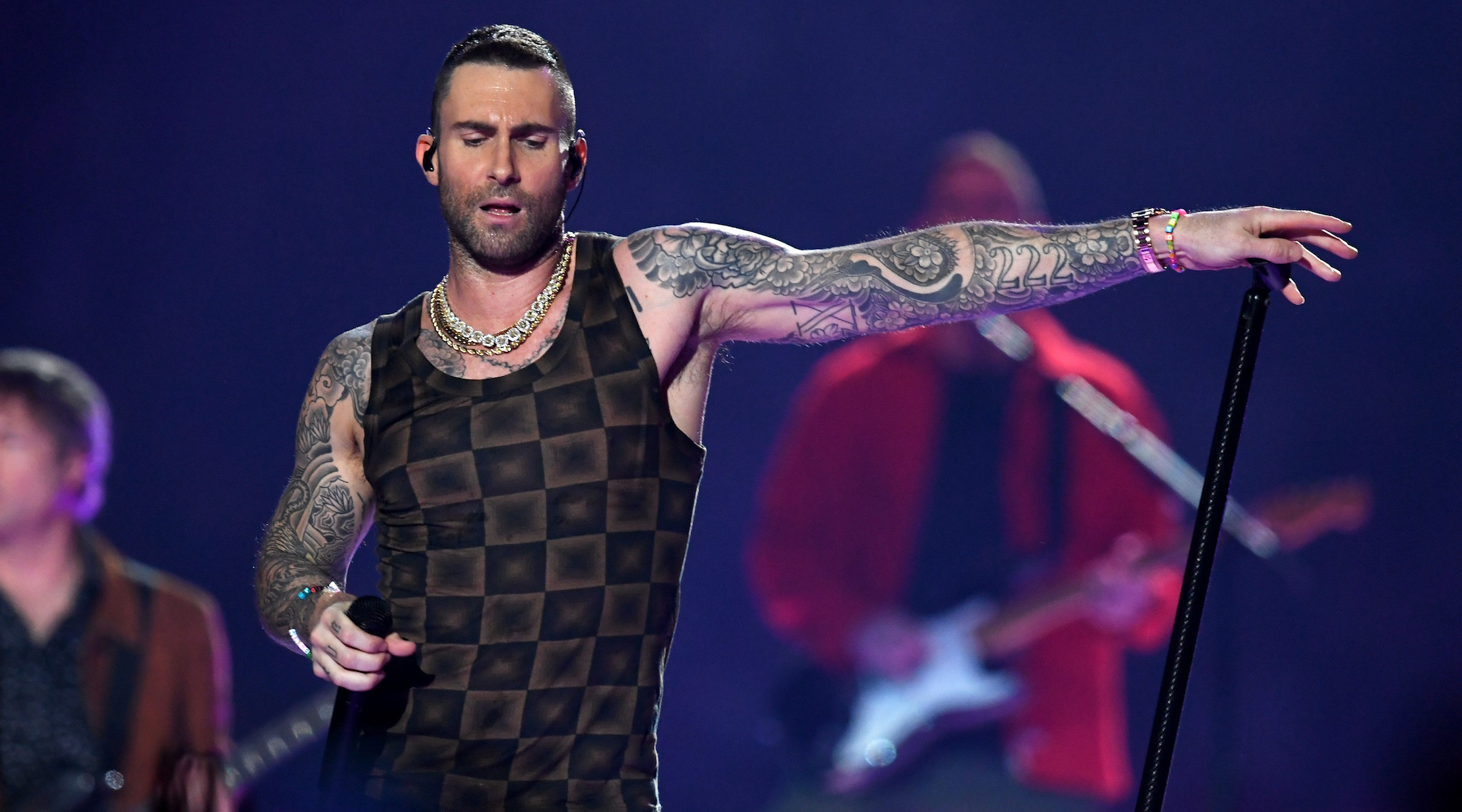 (JTA) — It would be hard to defend the Super Bowl as a “Jewish” event. However, this year, the big game had an unusually Jewish pop culture feel: both the game’s Most Valuable Player and its main halftime performer were Jewish, and Jewish celebrities starred in some of the most talked about Super Bowl advertisements.

We rounded up the most Jewish moments of Super Bowl LIII. 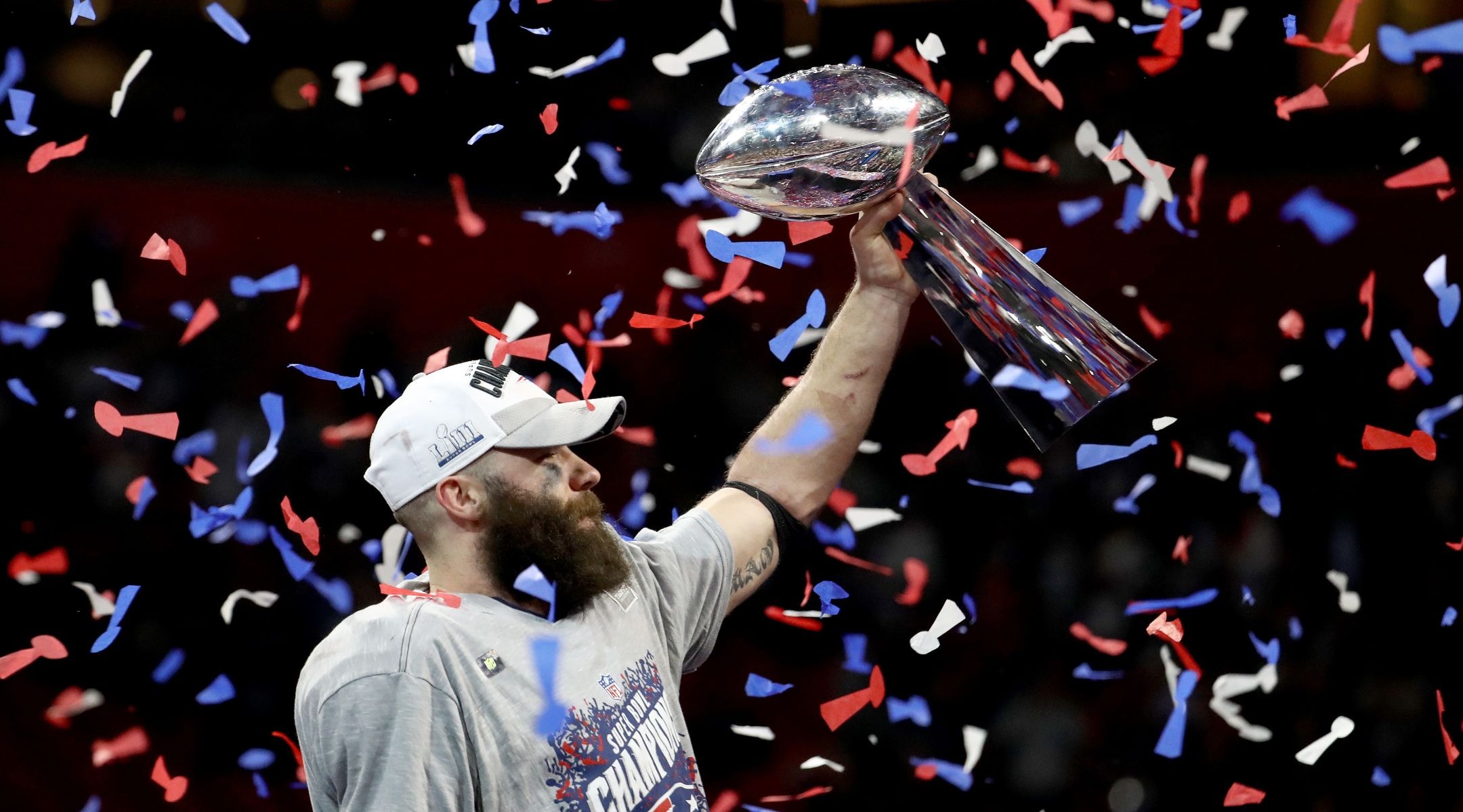 The Patriots wide receiver had 10 catches for 141 yards on his way to the honor and Jewish sports history, continuing the kind of excellence in the postseason that has some pundits wondering if he is Hall of Fame worthy. Quarterback Sid Luckman, who played mostly in the 1940s, led his Chicago Bears to four NFL championships and won a regular season MVP award in ’43 — well before the Super Bowl idea was hatched and MVPs were given out in title games.

As for Edelman, he is by far the most visible and most successful Jewish player in the league in recent memory. He doesn’t shy away from his Jewish identity, either — in 2015, he went on a Birthright-style trip to Israel, and this fall, following the Pittsburgh synagogue shooting, he wore special cleats to honor the victims.

In an interview following the Super Bowl win — his third with the Patriots — one interviewer asked how it felt to earn the MVP award.

2. Karlie Kloss teamed up with an Israeli company. 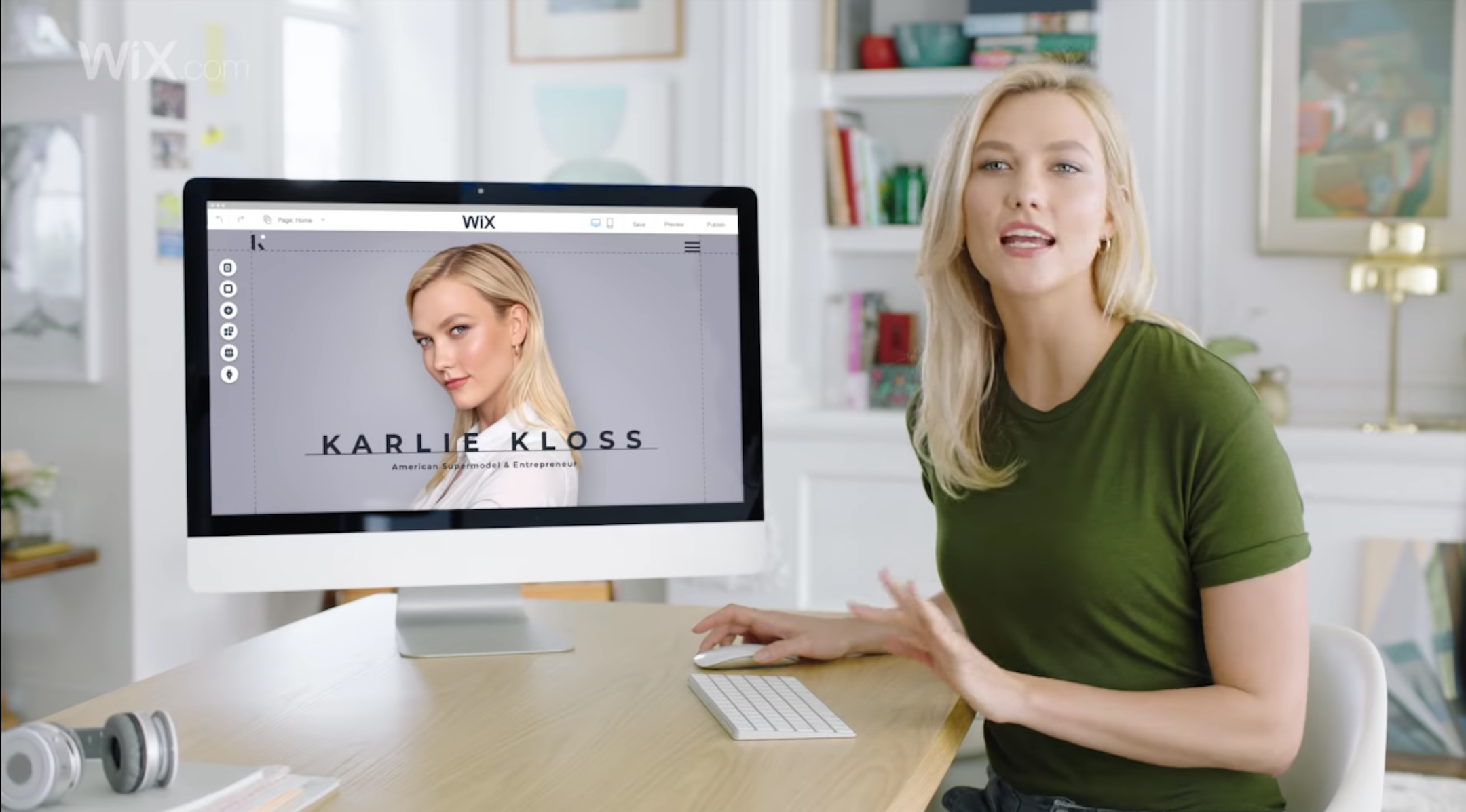 Karlie Kloss appears in a Super Bowl advertisement for Wix. (Screenshot from Youtube)

In case you forgot, supermodel Karlie Kloss is now Jewish. The former Victoria’s Secret Angel, who converted to Judaism last year to marry Josh Kushner (brother of the president’s son-in-law and adviser Jared Kushner), starred in a Super Bowl ad for the Israeli company Wix.com — a cloud-based web development platform based in Tel Aviv. (You can watch the full clip here.)

On her Instagram story, Kloss posted a video of herself watching the ad, narrating “Oh my god! That’s crazy!”

3. Adam Levine showed off at halftime.

The pop band Maroon 5’s halftime show was, well, something.

Frontman Adam Levine and his bandmates performed a medley of just a few of their incredibly long list of hits — “She Will Be Loved,” “Girls Like You” and “Moves Like Jagger,” for example — and Levine danced around as rappers Travis Scott and Big Boi made quick appearances. Near the end of the show, Levine ripped off his shirt, revealing more than a few tattoos and ab muscles.

The Jewish singer, 39, faced some online ridicule for his performance and outfit. But we know what most Jews were thinking. As Dave Pell tweeted: “Adam Levine is covered with tattoos and took his shirt off outside in February. Somewhere there is a very unhappy Jewish mother.”

On Instagram following the performance, Levine posted, “We thank the universe for this historic opportunity to play on the world’s biggest stage. We thank our fans for making our dreams possible. And we thank our critics for always pushing us to do better.”

It was probably Maroon 5’s most controversial performance in other ways, too. Artists like Rihanna, Cardi B and Pink reportedly turned down the halftime performance, citing solidarity with Colin Kaepernick, the quarterback who has effectively been blacklisted by NFL owners for starting the trend of kneeling during the national anthem at football games. Kaepernick and others who continued the trend say they were protesting racial injustice and oppression.

Levine, however, said he “100 percent” considered the pros and cons of performing, explaining, “No one thought about it more than I did.” 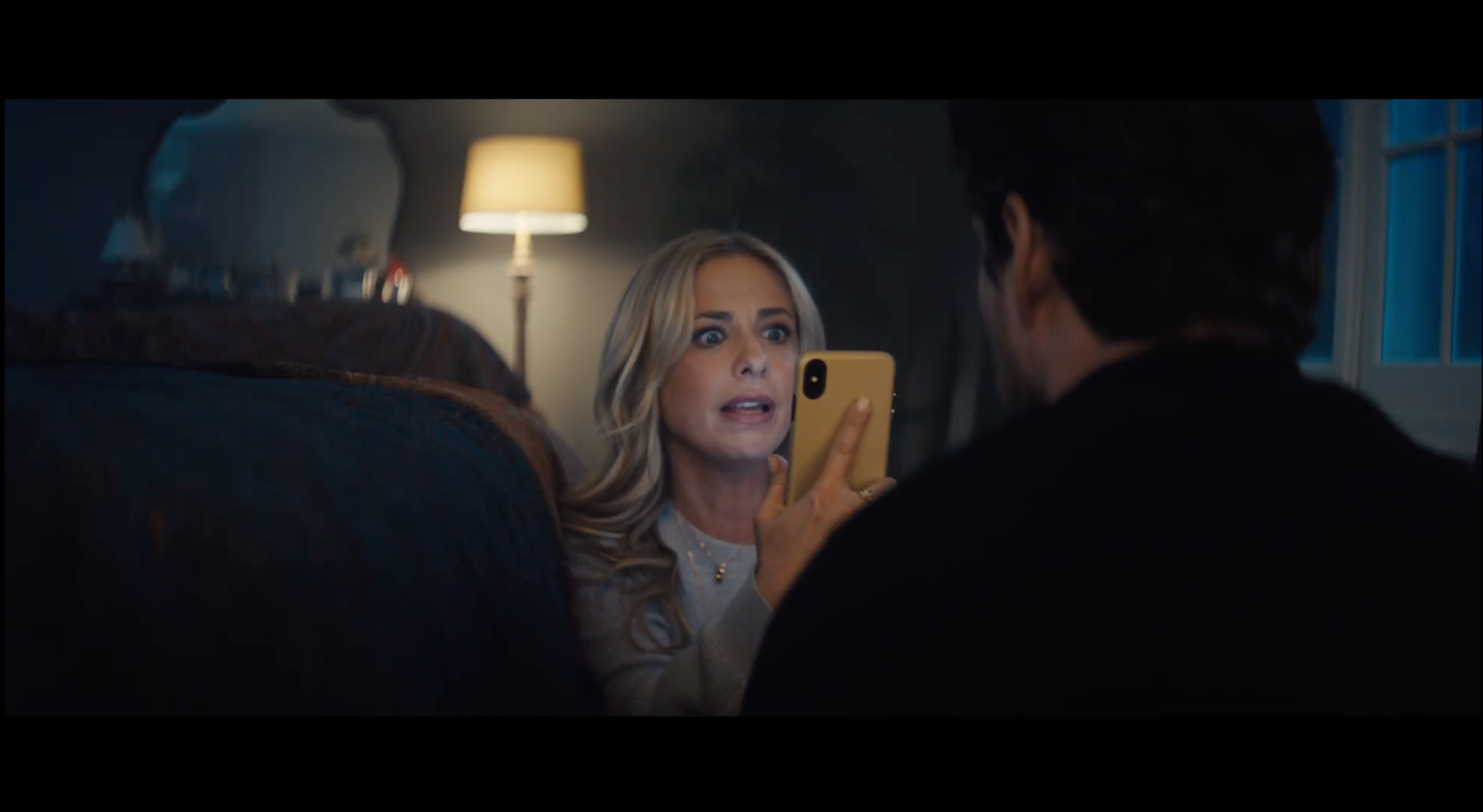 Sarah Michelle Gellar in her Super Bowl ad for Olay. (Screenshot via YouTube)

Jewish mom Sarah Michelle Gellar starred in a 30-second ad for the skincare company Olay called “Killer Skin” — likely a play on the many horror genre shows and films in which she has appeared, including “Buffy the Vampire Slayer” and “I Know What You Did Last Summer.”

The ad’s premise is a slasher movie parody: Gellar’s phone won’t unlock when there’s a murderer in the house — because her skin looks so different.

In an Instagram post before the ad aired, Gellar shared an image of herself with other Olay celebrity ambassadors. Among them was Jewish gymnast Aly Raisman, who starred in Olay’s “Face Anything” campaign last year. Raisman, who once dated a former NFL player, also attended the Super Bowl.

5. Zoe Kravitz introduced us to ASMR Zoe Kravitz in her Super Bowl ad for Michelob beer. (Screenshot via YouTube)

In one of the most talked about advertisements of the Super Bowl, Jewish actress Zoe Kravitz teamed up with the beer company Michelob to provide an “ASMR experience” for viewers. ASMR, short for autonomous sensory meridian response, is a wildly popular YouTube trend. As Vox explains, ASMR videos are “full of sounds that evoke texture and feeling to create a calming or lightly pleasurable effect.”

In the ad, Kravitz sits near a waterfall, whispering into microphones: “Let’s all experience … something … together.” The video already has over 13 million views on YouTube.

Kravitz, the daughter of Lisa Bonet and Lenny Kravitz, is best known for starring in HBO’s “Big Little Lies” and a bunch of sci-fi films. Her “Big Little Lies” co-star Reese Witherspoon tweeted after seeing the ad, “Leave it to Zoe Kravitz to make me want a beer.”

6. Sarah Jessica Parker reprised her “Sex and the City” role. 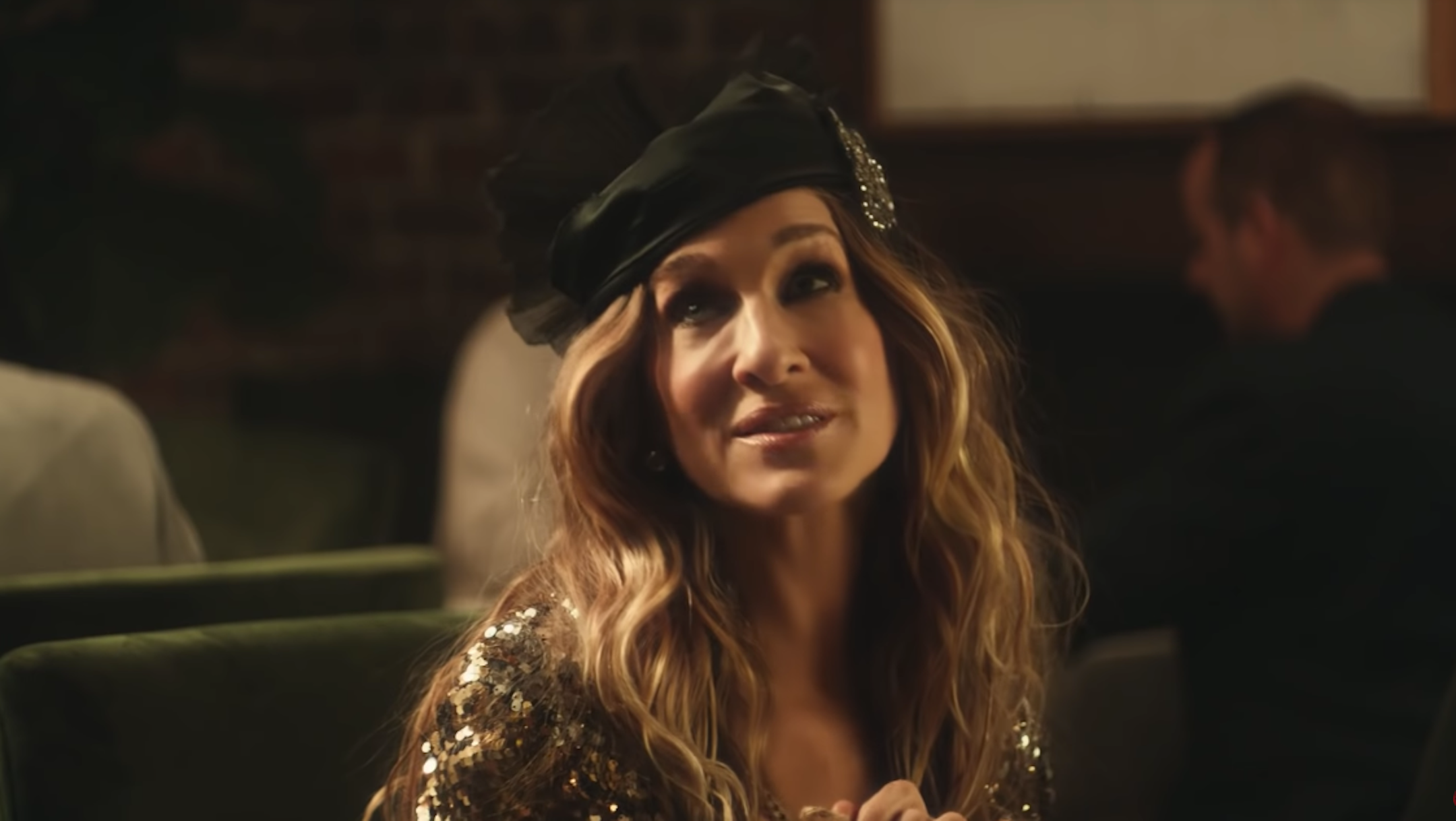 Instead of ordering their trademark drinks — a cosmopolitan for Carrie and a White Russian for The Dude — they both decide to opt for a Stella Artois. Bridges’ pronunciation is the highlight. You can watch the ad here.