This Eurovision contender showed how Israel has failed its religious Jews 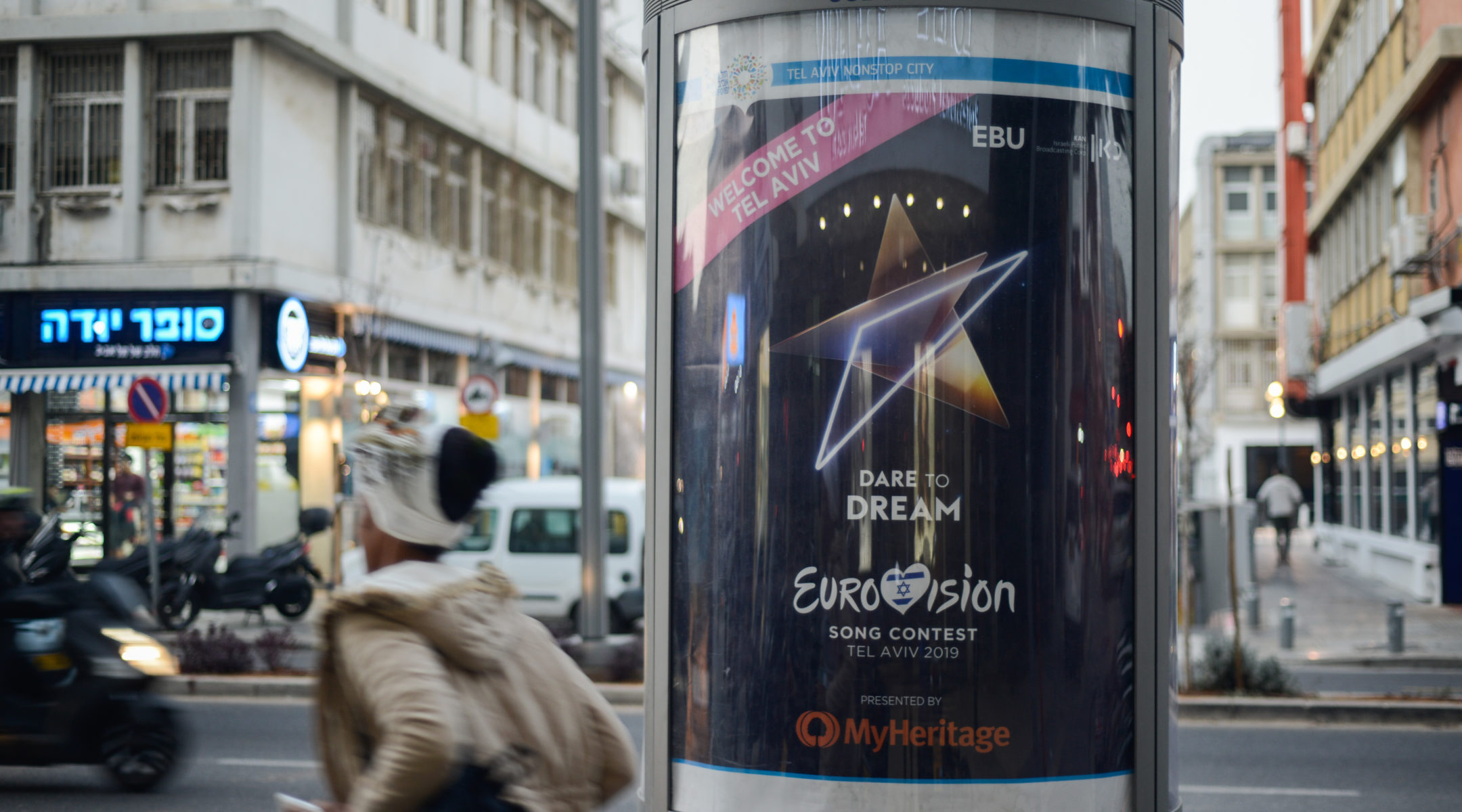 A street advertisement for the Eurovision Song Contest 2019 is seen on a central street in Tel Aviv, Jan. 24, 2019. (Adam Shuldman/Flash90)
Advertisement

JERUSALEM (JTA) — A beloved group of Israeli musicians, the Shalva Band, recently made the tough decision to give up a musical chance of a lifetime rather than risk being asked to desecrate the Sabbath.

The group, which is comprised of musicians with various disabilities and diverse religious commitments, could not get assurances from the European Broadcasting Union that they would be able to avoid having to perform their Eurovision dress rehearsals on Shabbat. This is quite ironic, since the annual song contest includes “Inclusion, Diversity, and Unity” as a headline on its official website.

The Shalva Band’s remarkable self-sacrifice for Shabbat service is worthy of great admiration – and a sad moment for religious liberty. Beyond the missed opportunity for an inspiring group to represent Israel on the world stage, the incident says something larger about religion in the Israeli and European public squares.

After Netta Barzilai won the 2018 Eurovision, dictating that the following year’s competition would be hosted in her native country, Israeli politicians quickly ran to insist that the event would take place in Israel’s capital, Jerusalem. This was seen as a great symbolic victory against the cultural boycotts regularly launched against Israel from Europe.

Yet the same leaders soon realized that hosting a major cultural event over Friday and Saturday would not be viable in Jerusalem given the city’s religious sensitivities. So Tel Aviv was chosen, which many Europeans preferred anyway, since they did not want to recognize Jerusalem as Israel’s capital.

But it seems that no one in the government stopped to think what would happen if a religious contestant wanted to compete in the international competition.

Israeli politics are dominated frequently by talk of alleged religious coercion. In the past year alone, for example, the ruling coalition nearly collapsed over disputes about open mini-markets and construction work on bridges over Shabbat. While some coalition members argued that shops should stay closed and construction should be halted in order to preserve the status quo, others lamented that such actions violated civil rights by imposing religious restrictions on shop owners and laborers.

Yet with all of this talk of “freedom from religion,” the right to “freedom of religion” sometimes gets overlooked. Take, for example, the case of professional Israeli soccer players. In March, the government decided to extend permits to allow Israeli professional soccer matches to take place on Shabbat, in consonance with long-standing practice. This, however, was in spite of the fact that over 300 players from the top-tier leagues requested to find alternatives to Shabbat games, garnering significant support from the Israeli public. Some of these players asked haredi Orthodox politicians to intervene, given their ongoing protests against government work on Shabbat. Yet no one was willing to rock the boat on this issue.

Instead we are left with a situation in which secular mini-market owners feel threatened if they keep their stores open on Shabbat while traditional or religious soccer players feel compelled to play on the holy day. Israeli politicians often battle over symbolic measures rather than ensuring adequate accommodations for both religious and secular citizens.

Does this “status quo” make sense? Not from the perspective of those who pride themselves on supporting religious liberty. Furthermore, a more sensible approach would be doing everything we can for Israelis of different religious commitments to participate together in sporting and cultural events, especially when they are taking place within the country and under internal control.

In the case of Eurovision, Israeli officials woke up too late to fight for religious accommodations. Miri Regev, the culture and sport minister who was originally adamant that the competition should be held in Jerusalem, wrote an impassioned letter asking for European intervention.

Noting the organization’s ethos of diversity and inclusion, Regev pointedly wrote, “I am thus greatly concerned about the implications of strictly abiding by the rule of live performance on stage since it effectively prevents observant Jews, in Israel and elsewhere, from ever participating in the Eurovision Song Contest. Surely, you understand that such a result is the complete opposite of the lofty, humane and inclusive democratic spirit, which has made the Eurovision Song Contest such a powerful cultural phenomenon worldwide.”

Regev is absolutely correct, and the unwillingness of the European organizers to help says volumes about the direction of European inclusion. Eurovision receives much praise from groups like Human Rights Watch for its LGBT inclusion. Noting that a previous Israeli participant, Dana International, was the first transgender woman to win the award in 1998, Human Rights Watch exclaimed, “Her landmark victory was sweet revenge on everyone who said they felt ashamed that a transgender woman would represent a country at Eurovision.” Last year’s competition, which included several LGBT participants, showed countries like Russia that “LGBT people are not second-class citizens.”

One wonders, however, if Human Rights Watch and other human rights groups will come to the defense of the rights of the religious to participate in this event. I suspect not, and this makes one question whether Western demands of inclusion will also extend to committed religious believers.

As of the writing of this article, the Shalva Band has reportedly been offered to perform during an early stage of the contest, but not as competitors. While a nice gesture, this is the epitome of being a second-class citizen. Are the regulations of the Eurovision so rigid that they cannot be slightly altered to incorporate one group? It’s hard to imagine other minority groups being excluded like these religious participants have been.

Unfortunately, no one thought to make the same request from the organizers of Eurovision from the outset. It seems that some have forgotten the more basic duties of government: to ensure the liberties of its citizens, including those who want to maintain religious observance while remaining in the public sphere – and on the stage.