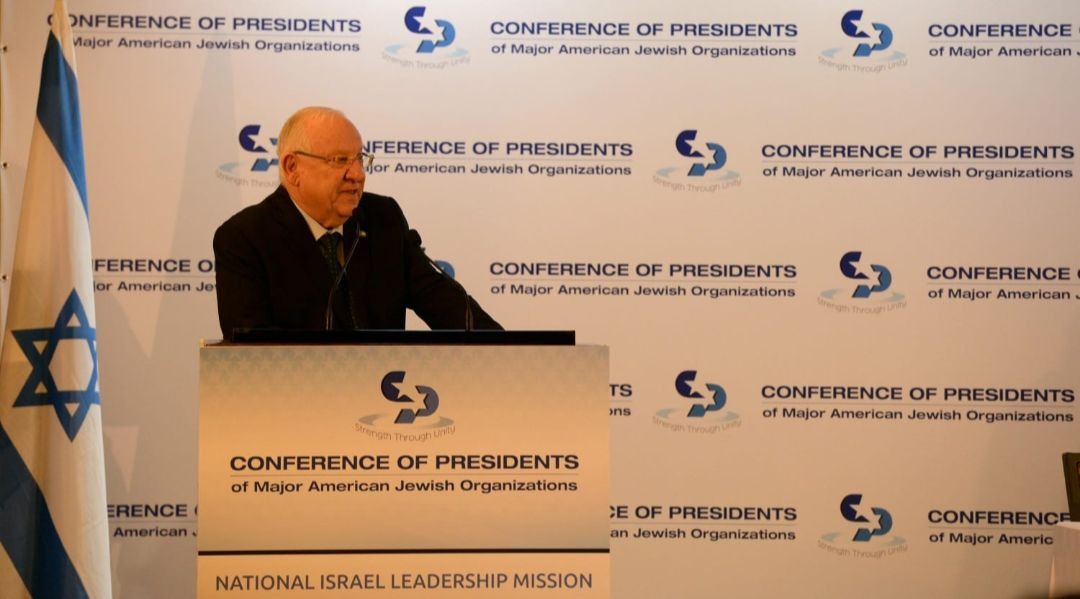 “The real dirt of the world comes up from the killing fields of social media,” he told the Conference of Presidents of Major American Jewish Organizations at its annual gathering on Monday.

The meeting opened just days after France and Germany announced major increases in anti-Semitic incidents and amid a diplomatic spat between Jerusalem and Warsaw over Polish complicity in the Holocaust threatened to derail relations with one of Israel’s most important European allies.

In decrying the “culture of hate” online, Herzog cited a recent CNN poll of Europeans in seven countries that found that more than one-quarter of people believe Jews have too much influence in business and finance, and more than one-third said they have no substantial knowledge of the Holocaust.

According to the Anti-Defamation League, “37 percent of Americans have experienced severe online harassment, which includes sexual harassment, stalking, physical threats, and sustained harassment.” Some 16 percent of Jewish respondents to the ADL’s survey, which was released last week, reported experiencing “identity-based harassment” on the internet.

Anti-Semitic activities rose 37 percent in the United States in 2017, according to figures released by the FBI late last year. Earlier this month, the Community Security Trust, a Jewish watchdog group in Britain, reported that anti-Semitic incidents there had risen by 16 percent in 2018, and last week France and Germany reported 74 percent and 10 percent jumps, respectively.

“In recent months we have seen data facts and events which should bother all of us substantially,” said Herzog, a former Labor Party leader, citing Saturday’s verbal attack against French Jewish philosopher Alain Finkielkraut in central Paris. The incident was captured on camera, with protesters yelling “Dirty Jew,” “you’re a hater, you’re going to die, you’re going to hell,” “Dirty Zionist,” “France is ours,” and “return to Tel Aviv.”

This “is another shocking example of a phenomenon we are seeing all over the world,” Herzog said. “Pittsburgh doesn’t stand alone.” Eleven people were killed when a gunman entered the Tree of Life synagogue building in Pittsburgh last October during Shabbat morning services and opened fire.

“We live in one of the darker eras of modern times” with regard to bigotry against Jews, he also said.

Addressing the gathering at the Inbal Hotel, Israeli President Reuven Rivlin said that he felt like he was at a family reunion, saying that “like families we are united in times of celebration and unfortunately, in times of tragedy. We in Israel felt such pain when we heard about the Pittsburgh synagogue shooting. And I know that you cried, with all of Israel, over the murder of Ori Ansbacher z”l, of blessed memory, and all the other victims of terror.

Herzog called on Jewish organizations in the Diaspora to work with the Jewish Agency to lobby governments to increase anti-Semitism and Holocaust education, and to promote the International Holocaust Remembrance Alliance’s working definition of anti-Semitism.