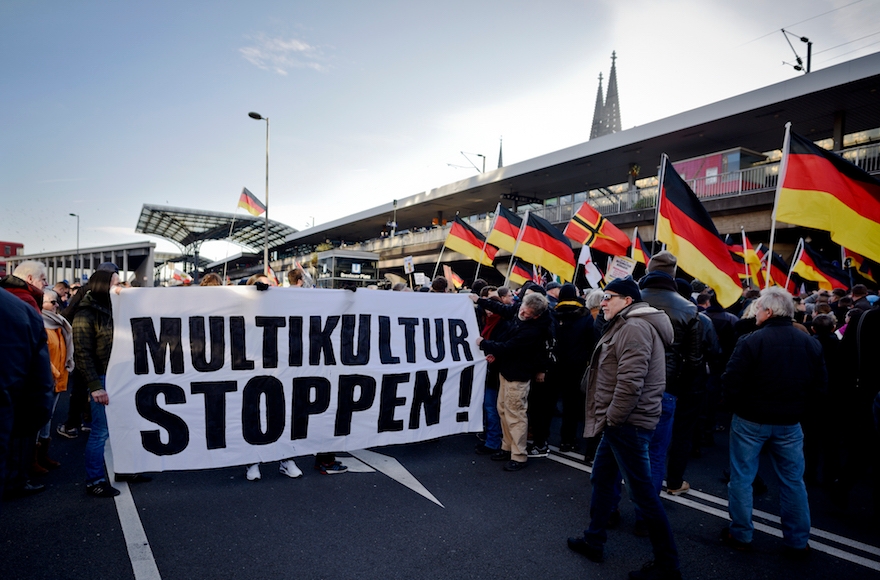 (JTA) — Anti-Semitic crimes rose by 10 percent in Germany in 2018, with a 60 percent increase in violent crimes, spurring the main Jewish umbrella group there to call for a “stronger commitment” from police and politicians.

The Central Council of Jews was reacting to a report from the German parliament, the Bundestag, released to the Tagesspiegel newspaper and reported Wednesday.

“The latest numbers are not yet official but they reflect a trend, and that’s alarming,” the council’s president, Josef Schuster, said in a statement.  “What Jews had already felt subjectively has been confirmed by the statistics.”

In previous reports, authorities have indicated that most perpetrators have right-wing extremist backgrounds.

According to the Tagesspiegel, 43 people were injured in anti-Semitic attacks last year. A total of 857 suspects were identified, but there was only evidence for 19 arrests.

The numbers were delivered, as in past years, to Bundestag Vice President Petra Pau of the Left Party, who has submitted a formal request
for national statistics on anti-Semitic crimes for about two decades. They could change slightly after all 16 German states submit finalized statistics.