In Brazil, a rabbi opens the world’s first summer camp for descendants of forcibly converted Jews 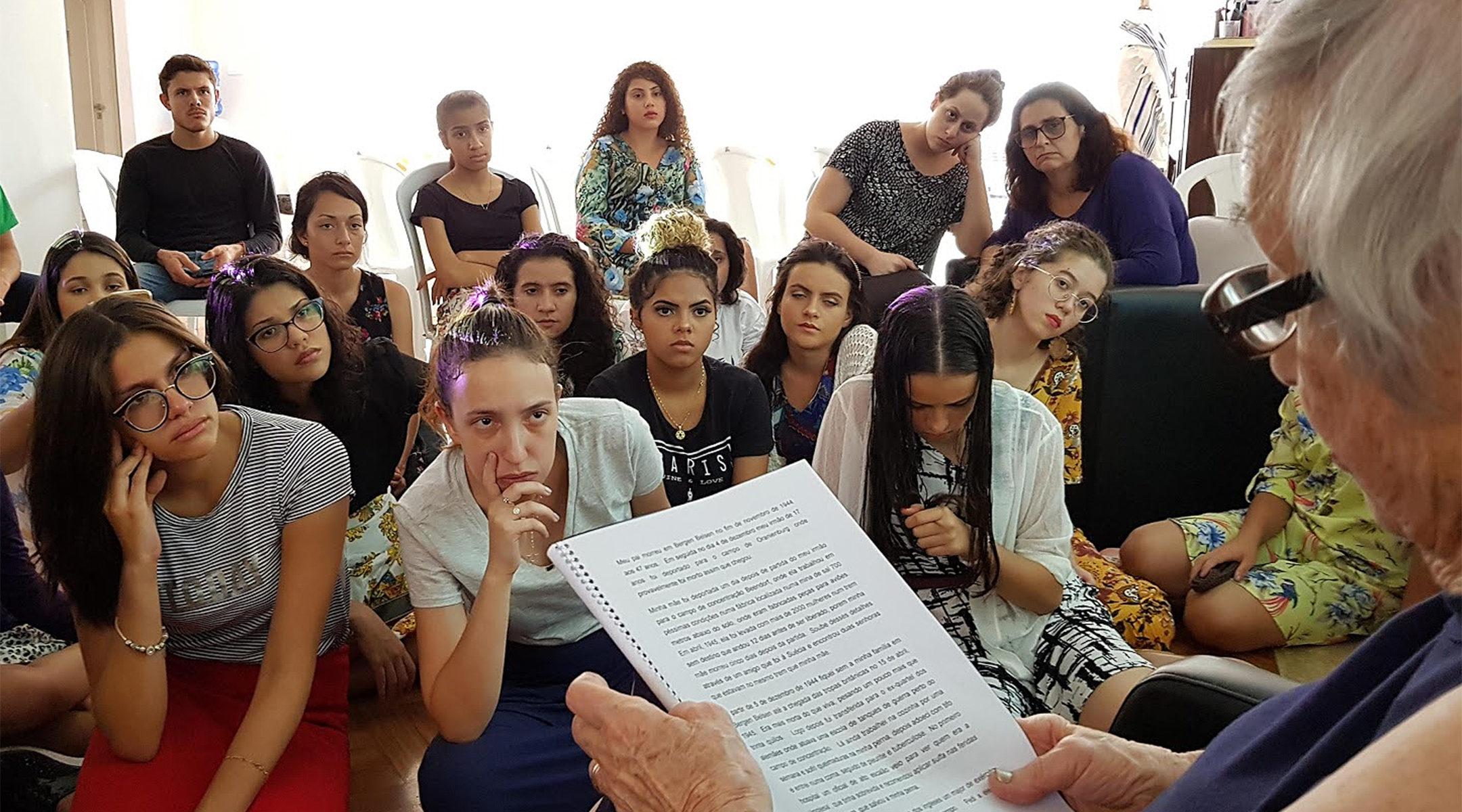 (JTA) — At the world’s only summer camp for descendants of forcibly converted Jews, Oseias Teixeira had numerous first-time experiences.

Even mundane activities like studying the Bible in a group or singing at synagogue were milestones for the 17-year-old Brazilian. But for Teixeira, who lives in a small and remote town where streets are earth roads, one of the most memorable moments from Yeshiva Camp had nothing to do with Judaism.

It was riding an escalator for the first time in his life.

“I had never been to a large city before,” Teixeira said, somewhat defensively. “The experiences I’ve had in Sao Paulo, I’ll never forget them. They’ve changed me.” The high school student said he wants one day to live in Sao Paulo.

To Yeshiva Camp’s founders, Teixeira’s experience underlines the multiple layers of their mission with bnei anusim — descendants of Jews who were forced to convert to Christianity during the 15th-century Inquisition campaign of persecution against Jews in Spain, Portugal and their colonies.

“Connecting these youngsters with Judaism is only the beginning,” said Gilberto Ventura, the charismatic rabbi who established, with his wife Jaqueline, Yeshiva Camp as part of their Synagogue Without Borders congregation and outreach project. “What follows is connecting bnei anusim to the rest of Brazilian Jewry and society.”

A little over a year after its creation, Yeshiva Camp has already had dozens of participants aged 11 to 25. They stay with the Venturas at their spacious synagogue in Sao Paulo, which the couple transform into a youth camp for each new group.

Nianne Darc Pereira da Rocha, Yeshiva Camp’s youngest participant, decided following her visit that she wants to switch schools in favor of the only Jewish school in her city of Recife. A straight-A student, the 11-year-old girl already speaks fluent Hebrew, much of it self taught.

Camps are supposed to go on for two weeks. But true to Brazilian society’s relative fluidity regarding the concept of time, they tend to stretch. The last camp, which ended last month, went on for 40 days, “and really tested our ability to the maximum,” said Ventura, who runs the camp with his wife on a shoestring budget. 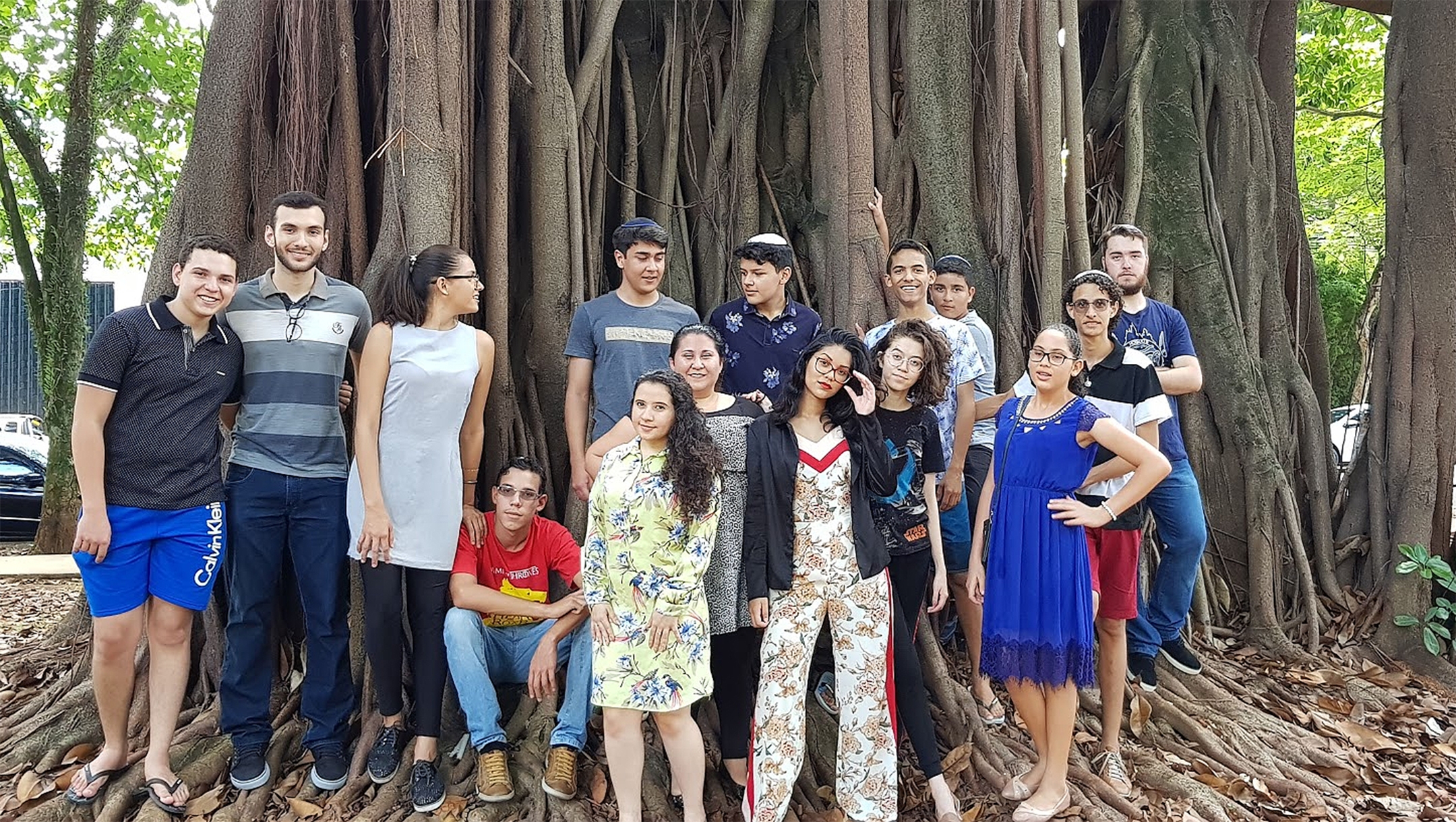 Most of the activities take place inside the synagogue, a three-story apartment with 10 rooms, two kitchens and at least 5,500 square meters of floor space. Located in Jardim Paulistano, one of Sao Paulo’s most expensive neighborhoods, the Venturas can afford renting it thanks to donations.

Running the camp on a budget of about $5,000 is possible because the Venturas buy food wholesale and participants do their own cooking and cleaning.

On some days, the participants barely leave the synagogue, Ventura said.

“These kids, they have a huge thirst for knowledge,” the 45-year-old rabbi added. “They come from places without Jewish achools. Many of them have no framework.”

For many other Brazilian Jewish youths “Judaism classes are something that comes before the fun stuff at summer camp,” Ventura said. “With the bnei anusim, studying is the main course.”

Studying was the motivation and favorite activity at Yeshiva Camp for Monaliza Geovana Nobrega de Macedo, 25, of Campina Grande in northern Brazil.

“Just being able to practice and study Hebrew in a kosher environment, studying kashrut laws and how to cook with them, immersing myself in the Torah, that’s an enormous thing for me,” she told the Jewish Telegraphic Agency.

Excursions to Sao Paulo’s museums, Krav Maga lessons and beach time are some of the less spiritual activities at Yeshiva Camp.

The camp also features a meeting with Nanette Koning, an 89-year-old Holocaust survivor who was friends with the famed diarist Anne Frank.

“It’s a jarring encounter for participants, many of whom don’t know much about the Holocaust and almost none of them ever met a survivor,” Ventura said.

“I came to Yeshiva Camp mostly to connect with other bnei anusim to feel I’m not alone. But it had a major influence on my decision to move to the big city, be a part of a Jewish community,” he said.

Like many bnei anusim who are returning to Judaism — there are thousands of them in Brazil alone — Monaliza became aware of her origins through studying her own family’s unusual customs. They include lighting candles on Friday evening and spring cleanings that roughly coincide with Passover.

The customs opened her eyes as to how her “ancestors passed down Judaism through many generations,” she said.

In Teixeira’s case, the journey back to Judaism began when he was 14, with a casual remark by his father, a practicing Christian, about their family’s Jewish roots.

“I wanted to know more. It put me on a path of discovery,” Teixeira said.

Living in “a very remote, very small place,” as Teixeira described his native Itamaraju, “I’ve been seeking contact with other Jews.” This interest led him to Ventura and Yeshiva Camp.

For Teixeira and his family, the $200 for his trip from Itamaraju was a major expense.

“There’s not really a culture of summer camps where I come from, so it was a strange concept,” he said. “But I worked throughout the school year to save money, and my parents helped.”

Monaliza sold T-shirts on the street to fund her trip. Teenagers Lucily Guimaraes Santana and her older sister, Esther, sold ice cream for months in their native state of Tocantins in Brazil’s interior to save up. Sara Angelo de Lima from Brasilia also sold hundreds of cones to afford the trip.

Ventura says he finds the investment by participants crucial to the camp’s mission. 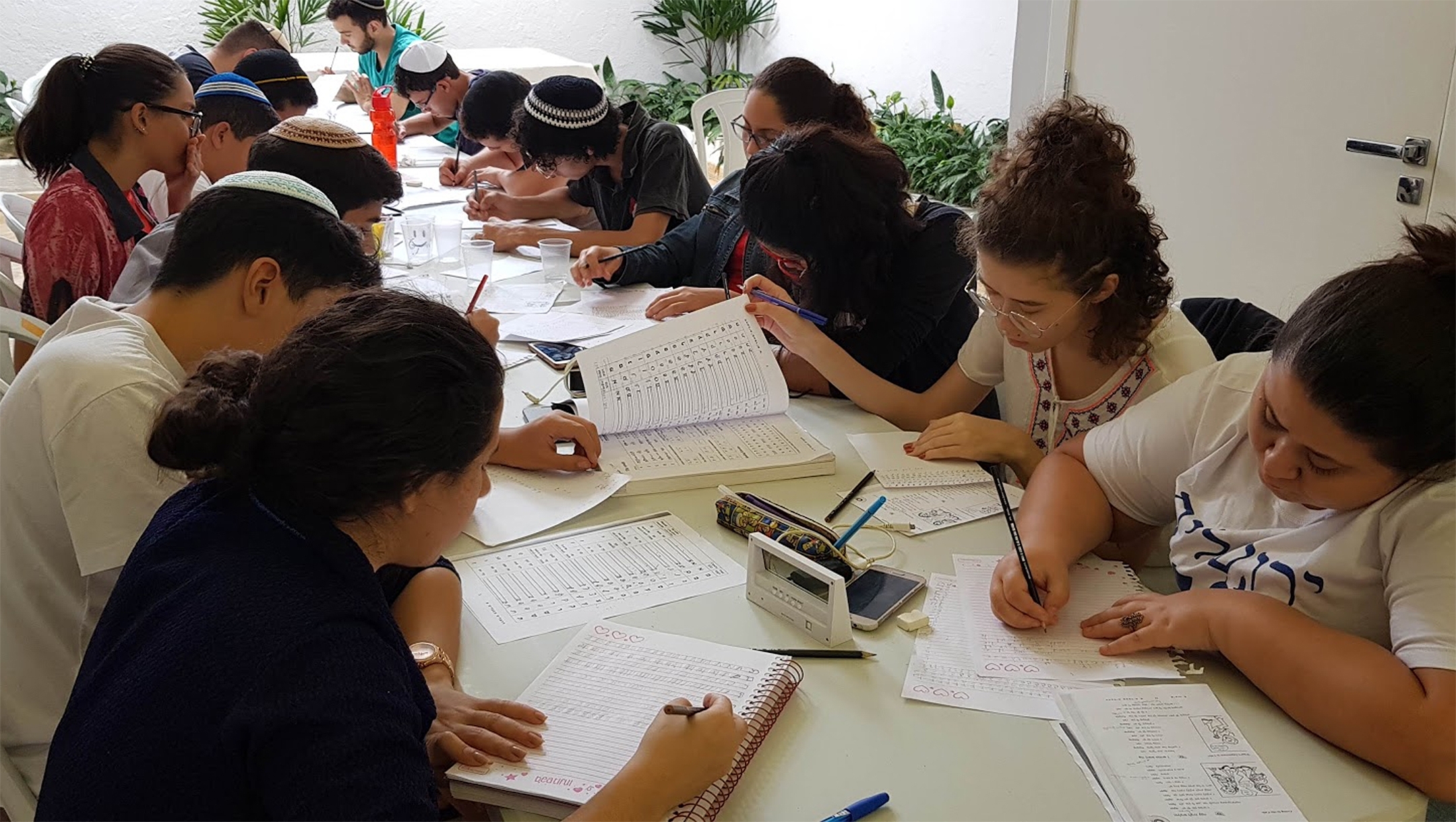 “Being Jewish is a sacrifice. So the financial sacrifice these kids are making puts them at exactly the right place for the journey they’re undertaking,” he said.

Ventura’s journey to the rabbinate took him to Jerusalem, where he studied for his ordination at Yeshivat Mesilot Hatorah, and he still works closely with a former leader of the Sephardic Orthodox Shas party, Rabbi Haim Amsalem.

A bit of an outsider in Brazil’s Jewish community for his outreach and interfaith agendas, he nonetheless works on joint projects with more mainstream Jewish congregations and organizations.

Ventura, a veteran activist against racism and class differences in Brazilian society, views introducing underprivileged bnei anusim from the interior of the country to Sao Paulo as a way of helping them “open doors in life.” It’s also an important opportunity to have them meet other Jews from Sao Paulo’s large and vibrant community, he said.

Some parents, like Raniery Cavalcanti, can afford to help send their children to Yeshiva Camp.

“I don’t see it as a sacrifice, more like an investment in the family’s future,” said Cavalcanti, a 37-year-old lawyer from the northern city of Recife. He sent his only son, 17-year-old Angelo, to two weeks at Yeshiva Camp. The trip “wasn’t cheap, but it’s cheaper than a ticket to Spain, so as ancestral trips go, this is a bargain,” he joked.

Having reconnected to Judaism in his teens, Raniery “did not get to go to Jewish summer camp.” Sending Angelo to one, he said, “is a huge bonus. It’s a chance to build a stronger Jewish generation.”

But doing so is requiring some extra effort on Raniery’s part, he added.

“Since he came back from Yeshiva Camp, Angelo is constantly on my case to recite the blessings before meals, to put on tefillin, to go to synagogue,” Cavalcanti said.