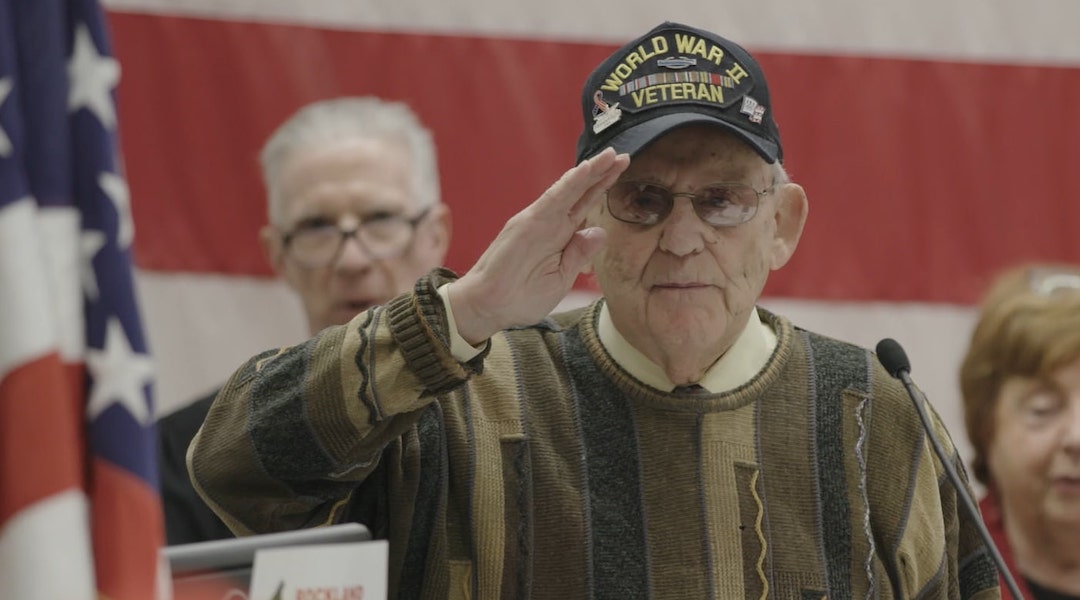 (JTA) — Alan Moskin served in Patton’s 3rd Army as it liberated Mauthausen. The experience, he said in an unintentional wordplay, was “tattooed right here on my heart, on my soul.”

He didn’t share what he saw — not with his parents or siblings, not his wife and children — until 50 years after he came home. But when he finally spoke up, it was a catharsis that lifted a weight from him.

Moskin is at the center of one of two similarly named documentaries airing next week to commemorate Yom Hashoah, or Holocaust Remembrance Day.

“Liberation Heroes: The Last Eyewitness” will air at 9 p.m. May 1 on the Discovery Channel, and PBS will show “The Last Survivors” at 10 p.m. April 30. (Both times are Eastern.)

At the start of “Liberation Heroes,” Moskin is shown addressing a group of ROTC students at Rutgers University in New Jersey.

“I want you to be an upstander, not a bystander,” he says. “You’re probably the last generation who are gonna hear people like me, hear from survivors.”

“Liberation Heroes” is the more interesting of the two films, in part because it records the reaction of the soldiers who liberated the camps and offers a different perspective than the traditional Holocaust documentary. The participants also are not all Jewish.

Moskin remembers how the camp prisoners feared his group of soldiers until he reassured them “Ich bin auch ein Jude” (I’m also a Jew).

That’s not to diminish the importance of “Last Survivors,” which is produced by the BBC and features British-raised survivors. As one notes, “I do think people — certainly this [young] generation — haven’t got a clue.”

Yom Hashoah begins on the evening of May 1.