What not to say to someone who has become more religious 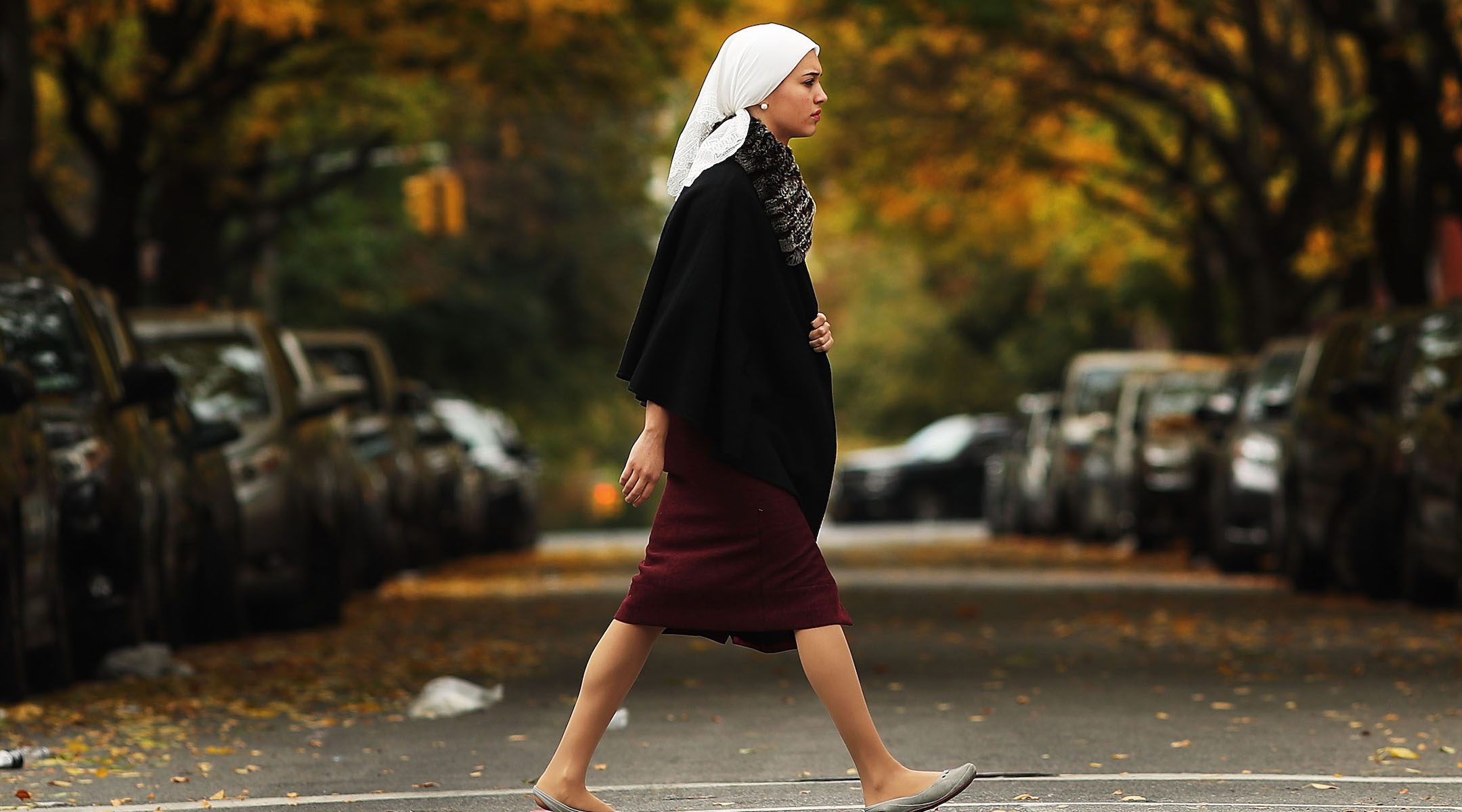 The Jewish community, religious and otherwise, has a reputation for constantly dissecting and questioning the nature and “validity” of different Jewish identities. It can be annoying, violating and cruel. For the most part, I’ve managed to navigate the gauntlet with my dignity intact.

But one thing I haven’t learned to respond to, even though I’ve been dealing with it for over six years, is the way that secular folks react to my decision to become religious as an adult. The depth and breadth of ignorance to global faith traditions perplexes me, but the fact that people are so sure in their ignorance that they will tell me things about my own identity, rather than asking however hamfistedly, renders me speechless.

It isn’t my job to defend Jewish Orthodoxy, or religion as a whole, but I’m happy to let people know when they need to check themselves. Here are some things not to say to someone who has made the personal choice to be religious.

1. I thought you were too rational for that.

How silly of me to think you were too emotionally intelligent to say something like this! Maybe, if someone who you believe to be rational makes a decision you consider to be irrational, there’s more complexity to it. Judaism isn’t comparable to flat-earth belief, and behaving as though it is might be more than a bit silly and disrespectful.

Wow, I can’t believe that you actually think that there is no intellectual, theological or practical diversity among Orthodox Jews! If you haven’t at least googled what’s about to come out of your mouth, you should be asking rather than telling me about my own beliefs. Also, if we just met, maybe you shouldn’t even be asking. For example, it’s rarely appropriate to bring up the hole-in-the-bedsheet sex myth thing. Even if many of us have memorized a response, if we’re not at a point in our relationship where you’re willing to tell me about your sex habits, don’t ask about mine.

For some reason, all of the wonderful secular schools that awarded me degrees and other credentials did so despite my religiosity, and they have not attempted to rescind even one credit as I have deepened my practice. Obviously there’s a trade-off involved whenever we use our time for anything, religious or otherwise. But the assumption that as someone who chooses religion I must be ignorant to pretty much everything else is out of touch. The worst is when people in my primary field, literature, write me off as someone who isn’t capable of engaging with the work. It’s not like religion has ever shown up in the arts in a meaningful way, right?

4. I had no clue you hated women that much.

Look, Orthodoxy is thoroughly gendered. I understand that, in and of itself, makes many folks uncomfortable. But if you fancy yourself an intersectional feminist, you need to accept that different cultures, including religious cultures, have the right to define womanhood in ways that you don’t feel that you fit into, in ways that you don’t personally appreciate, in ways that don’t look how you want them to. Jewish women in each movement have the right to work within our contexts. You can think that the empowerment of women within Orthodoxy is just a matter of changing the drapes on the barred windows of a cultural prison … you’re always welcome to be wrong. We have our own work to do, and your judgment of it frankly doesn’t matter.

5. You must have become religious for your husband’s sake.

When folks adopt religious practice, or even convert, with a portion of the motivation being connected to a significant other, that does not lessen the commitments being made. It’s a normal, mature thing to decide when and where and how we’ll compromise with our romantic partners. But, shocking as it may be, it’s definitely the case that many women find good reason to enter a religious life all by ourselves!

Also … pretty awkward that I’ve apparently had a husband this whole time and nobody told me about it. Does he like Thai food?

6. So that’s why you’re religious.

This happens most often around events that people assume were traumatic for me. It’s a common belief that religious observance needs to stem from trauma. But religious decision-making is a complex affair. Furthermore, it’s time to lay off the idea of trauma as an impetus for only negative things. Trauma was the seed of my writing career, but people never feel the need to blame my “talent” on anything. Religious association and study have helped many to access healing resources that they could not find or afford in a secular format, but even in a religious environment, healing is one of those nuanced, drawn-out affairs. Trauma impacts people. Religious life impacts people. It’s not simple and uniform because people, trauma and religion are not simple or uniform. I’m happy to tell most folks about the various reasons I chose a religious life, but don’t assume that my lifestyle requires examination and justification while yours needs none.

7. You’re really not going to come to my Saturday wedding, eat my ham casserole or get a matching tattoo with me? I feel like you did this just to avoid being a good friend to me.

It’s especially jarring when this comes from people who have only ever known me as a thoroughly observant person. When someone asks what’s possible, if we can work something out, it’s often the case that we can. If I can’t be at a certain celebration, we’ll find a way to honor the occasion together. I am fine whipping fruit out of my purse to munch on when sharing company is more important than sharing food. And what’s wrong with a good old-fashioned friendship bracelet? Finding ways to work through these differences is sometimes one of the most fun and fulfilling parts of a relationship. When someone thinks that our friendship is about my acquiescing to her every whim and will? Yeah, I don’t mind passing on it.

Some religious Jews believe that we should be quiet when people insult us, even if we are being belittled or shamed for our religious choices. I’m not one of them. If someone is going to try to make me answer for the most fulfilling aspect of my life, I should at the very least make him aware of his own ignorance. I’ll answer after you’ve asked yourself all the same questions I’ve asked to get here. If I don’t defend my own decisions, misinformation will gain a little more power, and Jews with even less support will likely be the ones left to shoulder the responsibility of educating people.